The Gulfstream G650 family has two models: the G650 and the G650ER, which ER version offer increased range. Gulfstream began planning this family in 2005 and made it public in March 2008.

This ultra-high-speed business aircraft can travel ultra-long distances and is one of the costliest on the market. The G650 is a Gulfstream aircraft that was designed with input from its customers.

The Advanced Technology Customer Advisory Team (ATCAT) played a key part in these procedures, as the company talked with its customers about how they could design the new jetliner.

Customers are heard by this advisory committee, which has a direct influence on cabin design and other plane features. Gulfstream aimed for a jetliner with more room, longer range, and faster speeds than the G550, based on client feedback.

Customers can expect elegance and comfort from the G650, as well as speed and long-range capabilities. With up to four living spaces, the interior of the G650 reaches a high degree of luxury, allowing passengers to work, dine, entertain, and relax in the spacious sumptuous cabin.

Gulfstream also provides a variety of cabin configurations that may accommodate up to 16 people and provide views from 16 panoramic oval windows.

Even at greater altitudes, the aircraft achieves low cabin altitude and fresh air. It provides pleasant, quick, and efficient flying above turbulence thanks to improved wings.

Honeywell’s Gulfstream PlaneView II avionics increases the plane’s capability while also enhancing safety on board. Enhanced navigation, synthetic vision systems, XM weather, ADB-S, and FANS are among the features that will be thoroughly explained.

It’s also worth noting that the G650 includes fly-by-wire technology, which improves comfort and makes controlling the plane easier for pilots.

G650ER, which is announced in May 2014, holds the record for the farthest fastest flight in aviation history. They have more than 50 city-pair records between them and their sister as of 2016. More than 400 G650 family aircraft are in operation today, demonstrating Gulfstream’s success in the business jet sector.

The National Aeronautic Association awarded the G650 the Collier Trophy in 2014, and it continues to fly with all its grandeur as one of the greatest jetliners in the sky. The G700, the descendant of the G650, is now the company’s most costly business jet. (Aerospace Technology Website) (Goyer, 2013) (Gulfstream, 2021) (Pope, 2015)

G650 was created utilizing engineering tools that bring technological advancements to reality. It has a very long range and stands out in the market due to its much bigger cabin. The G650 is designed to fly from smaller airports while providing everything needed for a pleasant, high-quality trip.

Because of its unique design, it features a bigger cabin. It also has cutting-edge technology, including satellite phones, wireless internet, and even a water treatment plant. Like G650 much other high-end business aircraft use the IWG A6 water purification technology as standard.

The Gulfstream G650 is powered by two Rolls-Royce BR725 engines, each of which produces 16,900 lb. / 75.20 kN of rated takeoff thrust. Rolls-Royce produces this engine for the top-end market of business jets, with a maximum cruising speed of 0.925 NM and a range of 7,500 NM, allowing a G650 to fly from New York to Beijing or Washington to Qatar on one trip.

This high-performance engine borrows features from the BR 700 and Trent families, and it is powered by a three-stage, low-pressure turbine that improves flow, efficiency, and noise while lowering emissions. It also boosts the aircraft’s high-altitude capability to 51,000 feet.

The G650 features a metal fuselage, but composite materials are used for the tail, winglets, rear pressure bulkhead, and cabin floor construction. The assembly time is also reduced thanks to current production processes.

Gulfstream was the first OEM to receive FAA approval for synthetic vision in 2008, and the Gulfstream’s improved navigation system was certified in 2010. PlaneView II is also installed on the Gulfstream G650. It has Honeywell Primus Epic avionic, which shows information in a user-friendly style on big screens and with simple software.

By producing a three-dimensional view of the environment outside the cockpit, the Synthetic Vision-Primary Flight Display (SV-PFD), which is also incorporated in PlaneView, enhances situational awareness and safety.

Its wings play a significant role in the comfort and efficiency of the aircraft. It boasts an impressive 36-degree sweep angle. The swept wing is intended to delay shock waves and the resulting aerodynamic rise, and it is reasonable to see such high angles on this aircraft given its Mach 0.925 speed. 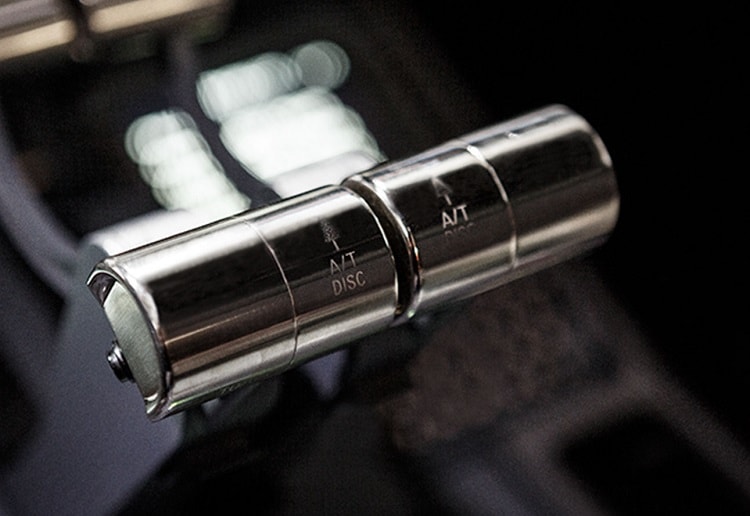 The G650 includes fly-by-wire technology, which makes it easier to handle than earlier Gulfstream hydraulic control planes. The cockpit is similar to that of the G450 and G550.

The plane employs a mechanically linked yoke mechanism to receive pilot input. The Gulfstream’s fly-by-wire technology is similar to Boeing’s in that the pilot must manage the G650 as if it were a jet without fly-by-wire.

FBW allows the airplane to perform considerably better and be adjusted for passenger comfort. Computers can modify flight control surfaces to continuously optimize aerodynamics for the lowest drag, which in the case of the G650 equates to a 1% drag reduction. There are two hydraulic systems in the FBW system.

The BR725 engines on the plane allow it to cruise at near-sound speeds across long distances. With each engine providing 16,900 lbs. of thrust, the GL650 has no trouble. It can reach a top speed of 0.925 NM. It’s also equally comfortable at any speed. It operates with precision at all speeds and in all combinations, ensuring consistent performance. (Thurber, 2017)

And if you’re a passenger, you can be assured that you’ll be traveling on one of the greatest aircraft available. 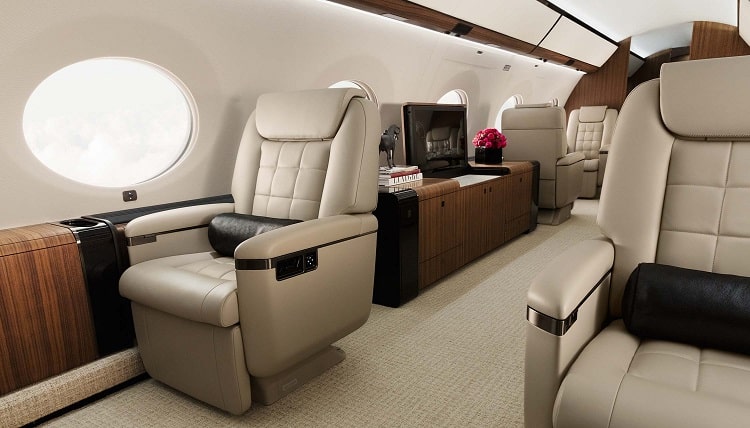 For the G650 and G650ER internet systems, Gulfstream provides a high-speed, dual-connection upgrade. Viasat is the provider of the new system, which provides users with access to some of the industry’s fastest internet connections.

Gulfstream aircraft are equipped with a specially engineered, space-saving radome to accommodate the option. This service is available through company-owned service centers. (Gulfstream, 2020)

Gulfstream also offers an aircraft redesign program, which offers owners a variety of interior improvements as well as the expertise of a professional designer. The new Gulfstream program offers a variety of options:

The projected hourly charter price for G650 is $10,500. The advertised price of ownership when it first began to be delivered was $65 million. However, secondhand aircraft may be found for approximately $40 million.

Because the G650 Family is a high-end business jet, high numbers are expected, and significant running costs will be added in addition to the purchase price.

In addition to the purchase price, considerable operating expenditures will be spent.

Fixed costs, there will be charges for crew salaries, hangar, insurance, and management. Variable expenses, on the other hand, will affect the bid since they include gasoline expenditures, maintenance, engine repair, and so on.

According to “Compare Private Planes,” total fixed expenses will be approximately $773,810 per year, and expenditure variables would be around $826,200 per year. This indicates that G650 will have an annual operating cost of around $1,600,000. (Compare Private Plans) 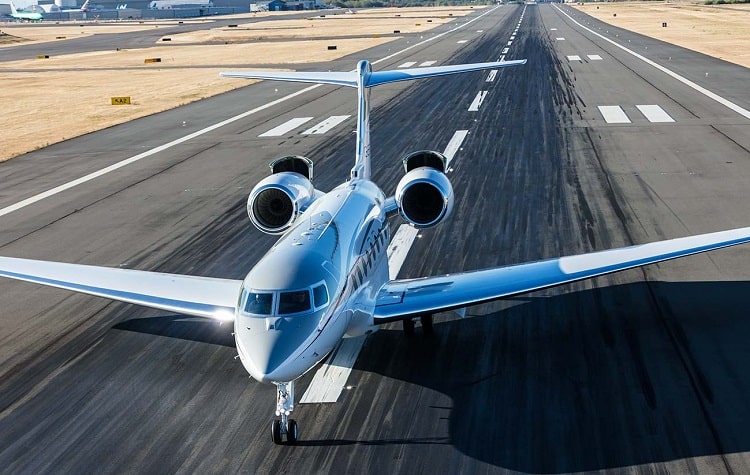 Gulfstream has several service centers throughout the world, and Jet Aviation, which is also owned by General Dynamics, provides business jet maintenance. Apart from the owners of these firms, numerous more companies provide maintenance services, particularly at large hub airports in nations.

Gulfstream requires the G650 to be accessible for 99 percent of the time due to scheduled maintenance, which includes airworthiness instructions and warnings.

However, under the MSG-3 program, the company aims for a 97 percent availability in scheduled maintenance zones, which is four points higher than the G550. Scheduled maintenance includes things like line inspections and A and C maintenance. (Croft, 2008). The MG-3 (Maintenance Steering Group) maintenance program is provided by Gulfstream.

Gulfstream components that need to be replaced can be replaced by certified maintenance facilities after purchasing the parts from Gulfstream, the G650’s original equipment manufacturer. Aside from that, owners may discover a variety of businesses that can improve the plane’s interior.

The Gulfstream G650 line of aircraft is a high-end aircraft in every sense; they are fast, comfortable, long-range, and equipped with all modern amenities. The aircraft’s main disadvantage is its high cost of ownership and operation. Although this is logical for such a high-end business jet, it may be a disadvantage for you. 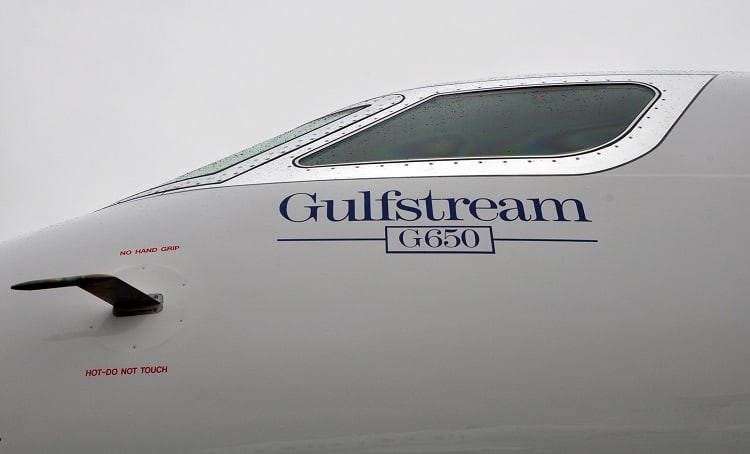 For the G650 Family, there are two options of insurance. The first is liability insurance, which protects you from third-party loss, damage, or harm. Passengers, freight, and luggage are all included. The damage to the aircraft is not covered by this insurance. This leads to the second form of private jet insurance, hull coverage.

While these are the two most common forms of aircraft insurance, private jet owners should also consider other types of insurance.

The cost of insurance is determined by the kind of plane, its worth, the pilot’s expertise, and the aircraft’s safety record. (Compare Private Plans)

Private jet insurance may cost anywhere from $10,000 to $500,000 per year, depending on the liability limits and hull coverage required, according to BWI. (BWI FLY)

Because the G650 Family is a high-end business jet with various variants and has been in production for a few years, the resale price might vary greatly. However, you may expect to sell it for $30 million to $40 million.

Pilots, passengers, and owners all agree that flying with this aircraft is comfortable, flying to its unique design, quiet interior, and high-tech equipment. It has a very high performance, making it one of the market leaders.

The competing and similar aircraft models on the market include the Bombardier Global 7500, Cessna Citation X, and Dassault Falcon 8X. The Gulfstream G700 is a descendant of the G650 and has many similarities with it as well.

Gulfstream G650 Clubs You Can Join 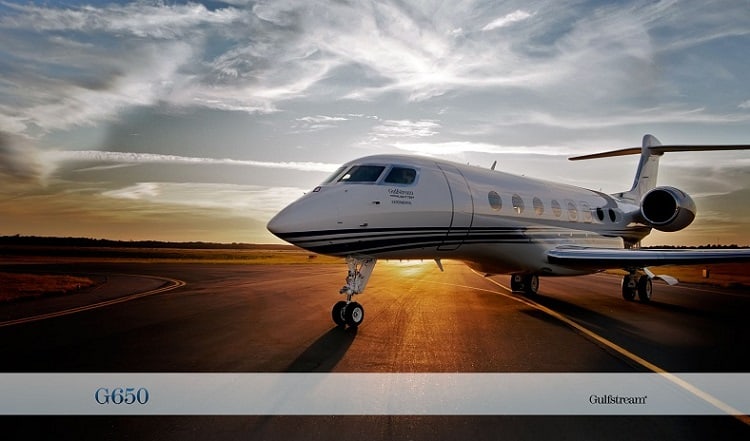 Gulfstream itself has hosts Customer Support organizations which you can follow from their website and use their “MyGulfstream” system.

Question: How fast is the Gulfstream G650ER?

Answer: The Gulfstream Aircraft Company is based in Savannah, Georgia, and is owned by General Dynamics.

Question: How Much does it Cost to Rent a Gulfstream G650?

Question: How Many Gallons of Fuel does a G650 Hold?

Question: How Can the Gulfstream G650 Go Go?

Question: What’s the Fastest Private Jet in the World?

Answer: Based on designed flight speed, the Gulfstream G650 or G700 can reach Mach 0.925, whereas the Cessna Citation X+ has a design speed of Mach 0.935, making it the fastest private aircraft based on design flight speed.