The wide-cabin, high-speed G150 business aircraft was unveiled in September 2002 by Gulfstream Aerospace Corporation of Savannah, Georgia, and it made its first flight in May 2005 after being constructed in IAI facilities. The Gulfstream G150 is based on the Gulfstream G100, which was the company’s mid-size aircraft. The G100, on the other hand, was previously known as the IAI Astra SPX, a twin-engine business jet built by Israel Aerospace Industries and later produced by Gulfstream. Gulfstream stated on September 28, 2016, that following the sale of the last G150, the aircraft’s manufacture will come to an end after a 10-year run. About 120 G150s flying in the skies of various nations in 2016.

As previously stated, the Gulfstream G150 is a derivation model of the old G100. A 5.5 percent increase in MTOW, a 12-inch increase in passenger cabin width, a modified cockpit and nose section with improved pilot accommodation and visibility, Collins Proline 21 avionics instead of Collins Proline 4, and a modification of the Engine Electronic Control (EEC) to achieve a 6 percent increase in thrust are among the changes. The addition of more effective balancing tabs to the elevator was another significant alteration made by Gulfstream and its partner Israel Aircraft Industries (IAI) while converting the considerably smaller G100 into the G150.

When the G150 was first debuted, it was lauded as a cost-effective, fast mid-size business jet with extended legs that set it apart from the competition. According to the company, the aircraft has a dispatch dependability rating of 99.83 percent and is approved in more than 45 countries. When Gulfstream’s eight-seat, 482-mph G280 entered the long-range mid-cabin market in 2012, it brought a massive 13,500-pound maximum takeoff weight advantage and outran the seven-seat, 470-mph G150’s four-passenger range by over 400 nautical miles. Today, the Gulfstream G280 is the company’s business jet, and it has carried on the mid-size heritage established by the Gulfstream G150.

Gulfstream has consistently improved the plane over time, adding improvements and expanding its maintenance service facilities. Brazil, the Cayman Islands, India, Hong Kong, and Qatar all gave clearance to Gulfstream service centers in 2016. This demonstrates Gulfstream’s commitment to client satisfaction. 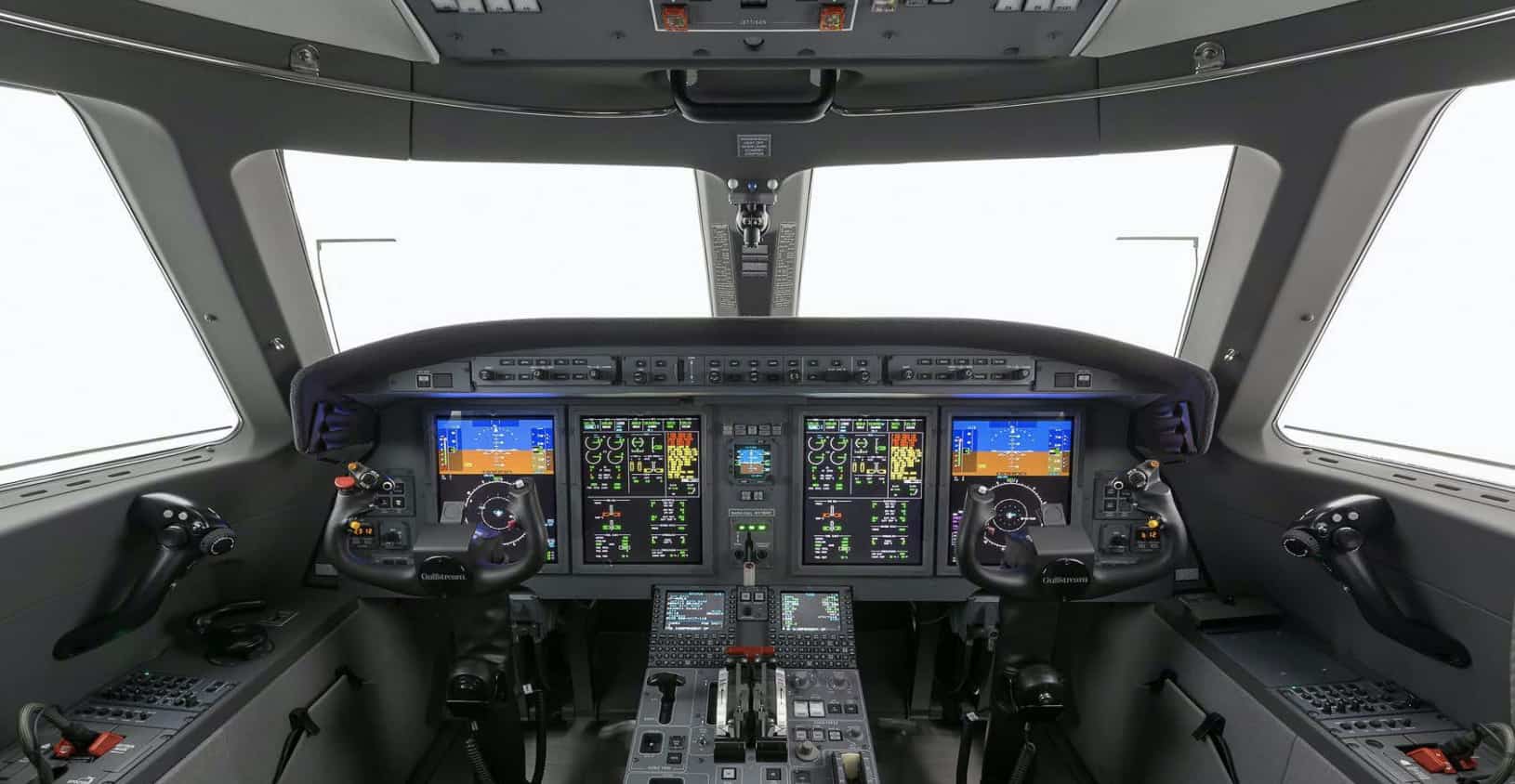 “Designed for excellence, engineered to impress day in and day out, intriguing dashing remarkable.” This is how Gulfstream was marketing G150 in its brochure. The G150 has a versatile and well-equipped cabin that backs up what the business claims about its product. Beyond elegant looks and functional amenities, the company’s designers help you create a productive yet pleasant environment for long-distance travel.

The cabin of the G150 is larger and taller than the G100, with a width of 5.9 in (1.75 m) and a height of 5.9 in (1.75 m). This upgrade provides greater stand-up headroom, extra legroom, and a wider aisle while accommodating up to 8 passengers in various combinations. The operator’s choice of leathers, upholstery textiles, wood finishes, and floor coverings determines the interior design styles.

To increase cabin comfort, the cabin is pressurized to a difference of 0,61 bar utilizing engine bleed air, which is installed in the Honeywell environment management system. New cabin seats from Gulfstream have armrests that fold into the seatback rather than dropping straight down. The redesigned armrests make it simpler to get in and out of the seat, as well as making it more comfortable to slouch, which we all do on lengthy trips.

The G150 cockpit is also quite comfortable and spacious, almost ideal for conventional medium-sized aircraft. The crew seats are designed specifically for the aircraft and are a huge improvement over the G100 and Astra seats. And with broad sweeping shields and large single-pane windows, the visibility is very good for each of the pilots.

The G150 is equipped with the cutting-edge technology of the time; every element in the aircraft is designed to improve situational awareness, reduce pilot fatigue, improve safety, and increase efficiency and ensure reliability. The aircraft’s avionics are Rockwell Collins Pro Line 21.

The Rockwell Collins EFD-4077 electronic flight management system’s four 10-by-12-inch screens set the G150 apart from comparable aircraft on the market, which have smaller 8-by-10-inch panels. Panels are making it much comfortable for the crew. The whole instrument panel is covered in bright, clear displays, and you can pick what you view on them using Gulfstream’s unique cursor control device (CCD).

The aircraft also includes Gulfstream’s Enhanced Vision System (EVS). EVS employs a specially built forward-looking camera that displays a real-world infrared image on the pilot’s multi-function display. EVS substantially increases a pilot’s situational awareness by presenting real-time visual information. The use of the second-generation Gulfstream Enhanced Vision System (EVS II) on the G150 was certified by the Federal Aviation Administration (FAA) in July 2009. Both new and in-service G150 aircraft can upgrade to the EVS II.

The digital electronic engine computers on Gulfstream G150 engines are identical to full-authority digital engine controls (FADEC), with the exception that DEECs have a mechanical backup while FADEC employs several electronic channels. A thermal anti-icing system is installed in the engine air intakes. In the inner and outer wing sections, as well as the upper and lower tanks in the central fuselage, the aircraft can carry a maximum fuel load of 4,581kg. Fuel is carried in the wings, however, due to the thinness of the wings, much of the fuel is kept in the fuselage. The control of the whole fuel flow is automatic. 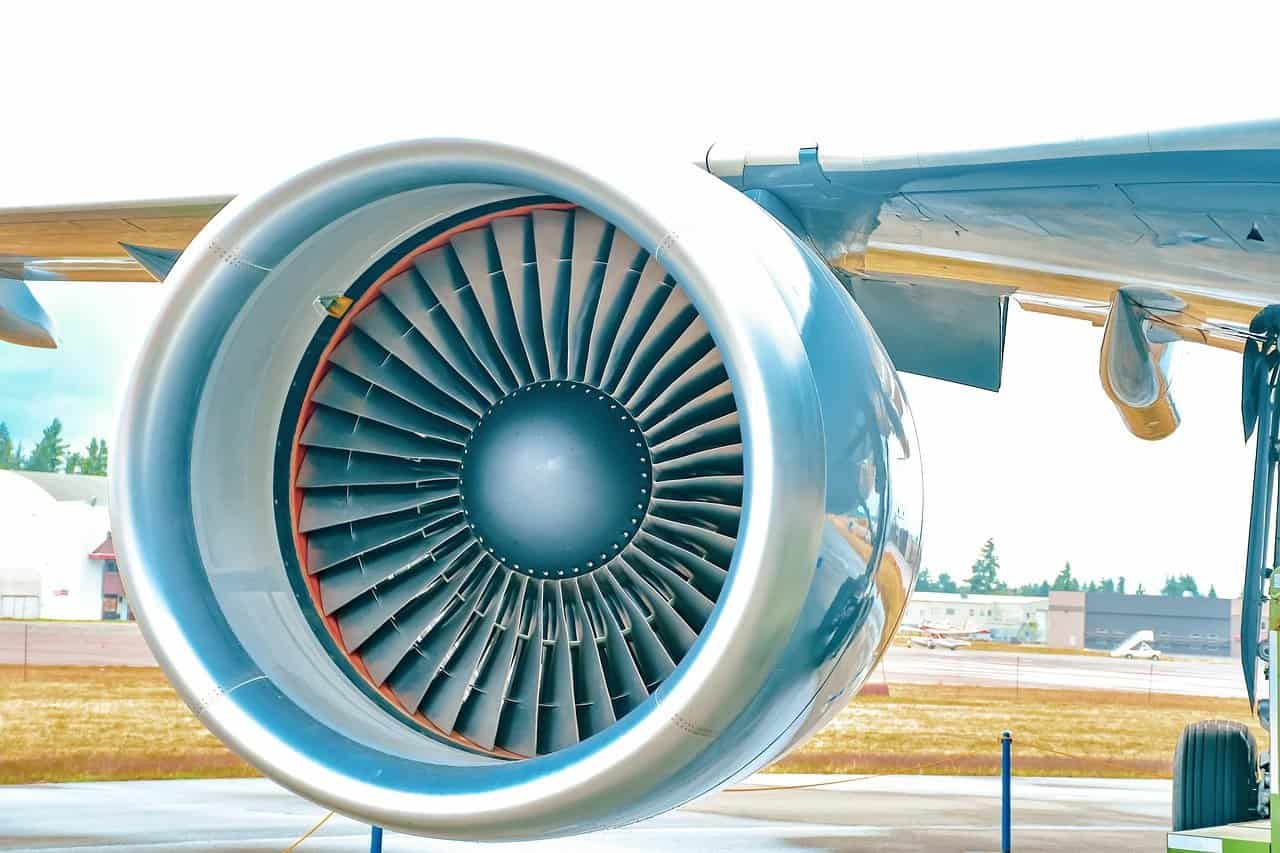 The addition of more robust balancing tabs to the elevator was one of the several improvements made by Gulfstream and its partner Israel Aircraft Industries (IAI) while converting the considerably smaller G100 into the G150. These balancing tabs are counter-moving portions on the elevator that deflect in the opposite direction as the elevator deflects, smoothing the elevator output and increasing comfort during the trip.

The G100’s controls had extremely high rotational forces, approaching or exceeding the certification limit. The redesigned tabs on the G150 decrease those forces in half, making takeoff a far more comfortable and better handle for pilots. This, along with improvements to make the airflow around the plane better, improved the aircraft’s flying performance and made it more enjoyable to fly than the G100.

Even though the G150’s climbing rates are not as high as those of rival aircraft, they are nonetheless acceptable. The average rate of ascent is 2,150 feet per minute. Of course, atmospheric variables such as air temperature, which affects air density, may have an impact on performance. The aircraft’s take-off distance is significantly better than predicted, with a 5,000-foot runway need when at MTOW and a 2,880-foot landing runway requirement that is lower than expected.

A standard auxiliary power unit (APU) that heats and cools the cabin on the ground and can be started in the air up to 20,000 feet and operated up to 35,000 feet to offer a third source of electrical power is also included in the G150.

Overall, the G150 had a strong performance and a pleasant ride, and it performed admirably in the middle-size business jet market. 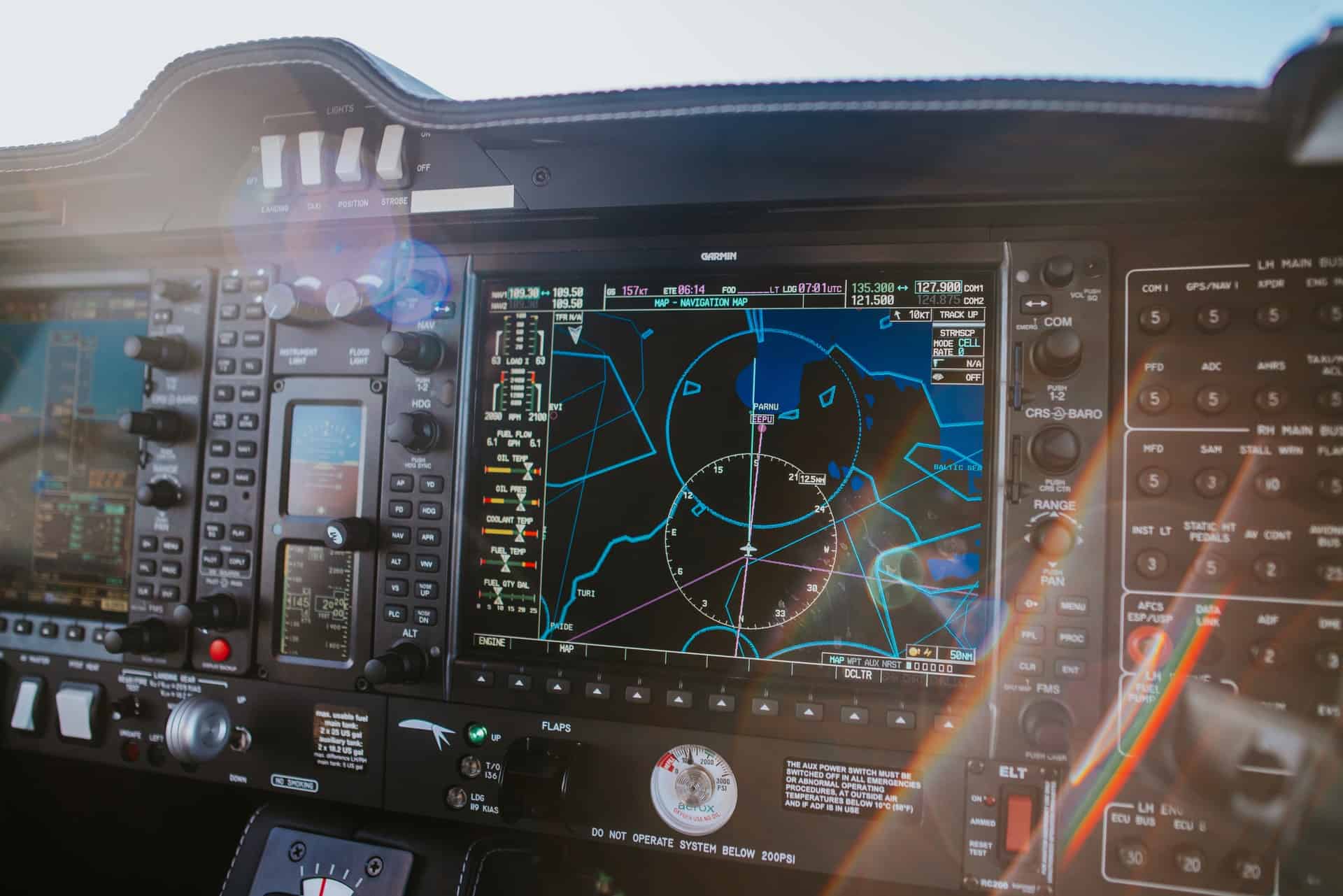 In 2014, Gulfstream began offering Automatic Dependent Surveillance-Broadcast Out (ADS-B Out) on G150 aircraft that were needed to fly over Australia, Canada, Hong Kong, Singapore, Taiwan, and Vietnam. It has been needed in some airspaces in the United States and the European Union since 2020. ADS-B Out is a revolutionary ground-based surveillance system that improves safety and efficiency. Ground-based radar systems will be supplemented and/or replaced by ADS-B Out. An ADS-B Out system produces more accurate and reliable airplane location information via ground-based transceivers.

The Gulfstream G150 may also be upgraded with an Enhanced Vision System II. EVS uses an externally mounted infrared camera to record real-time pictures of an aircraft’s surroundings. In low-visibility situations, this allows the flight crew to view runway markers, taxiways, nearby roadways, and surrounding surroundings. The technology also aids workers in avoiding runway encroachment and dangers that might otherwise go unnoticed.

Gulfstream also provides the Wide Area Augmentation System (WAAS) for G150 aircraft in addition to EVS. WAAS is a satellite-based and ground-based navigation system that enhances the accuracy of the Global Positioning System (GPS). Aside from this, other businesses may provide other avionic improvements, and there are always several companies that offer cabin interior upgrades or Wi-Fi connection systems. 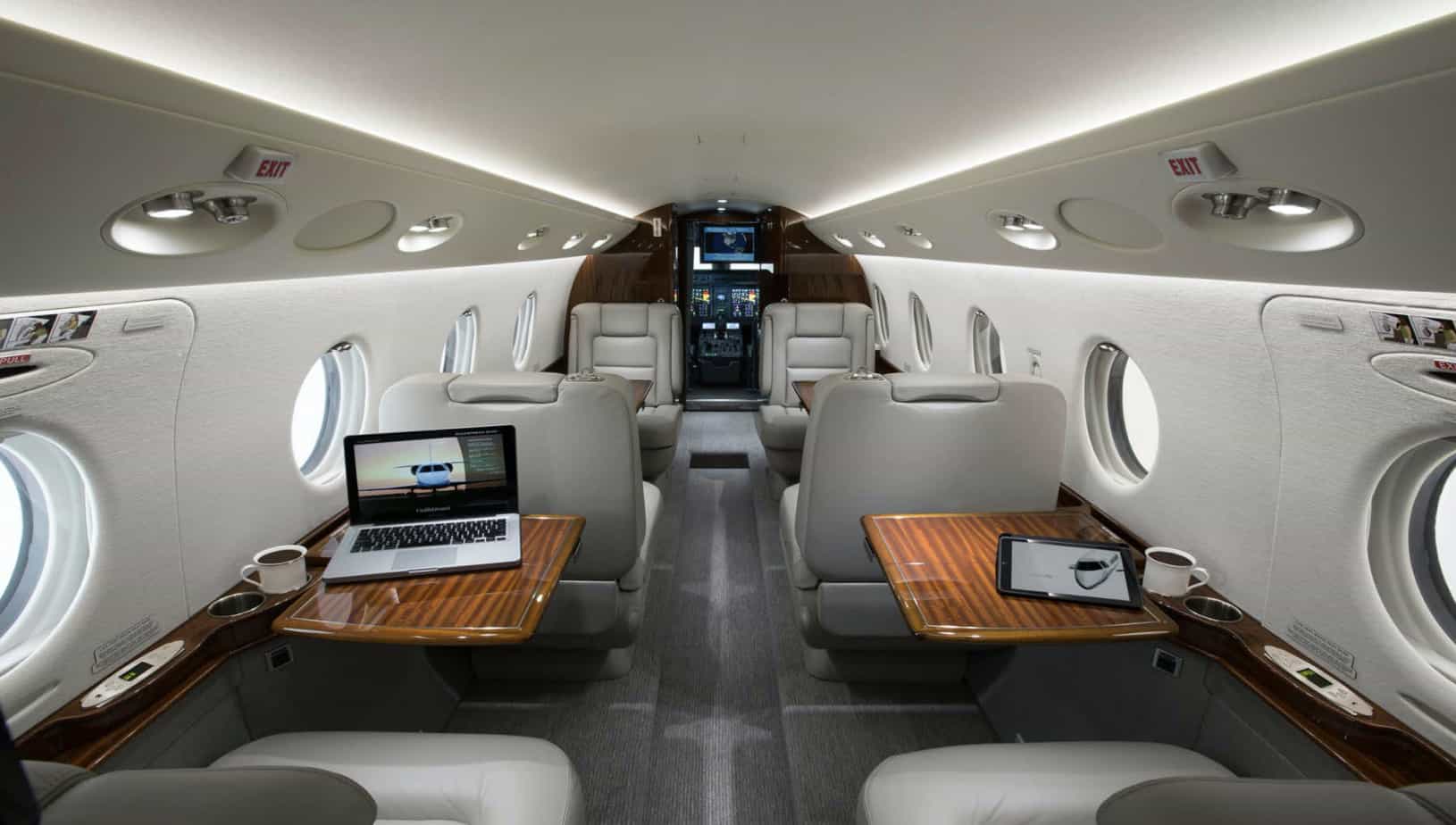 Currently, Gulfstream can be found preowned for $4 Million to $6 Million based on the flight hours, configuration, and condition of the aircraft. There can be ¼ fractional ownership options for as low as $1 Million.

According to David Wyndham of Conklin & de Decker’s 2015 research of 45 business jets’ hourly running expenses, the G150’s rate of $2,380.09 fared favorably within the medium-jet market. The G150 is $500 per hour less expensive than a Cessna Citation Latitude and around $130 more expensive than Bombardier’s Learjet 70 and 75 models. (Tulis, 2016)

The G150 is built with high maintenance requirements in mind. The company is proud of its aircraft’s high dispatch reliability. Gulfstream evaluated its parts to see when they may need repair and created a handbook for calculating cycle times and flying hours. The “A” inspection time was raised from 250 to 500 hours. The A inspection is expected to take less than two days, and no further regular maintenance will be necessary until the yearly check.

The rest of the information may be found in the AMM P/N G150-1001-3 Aircraft Maintenance Manual.

Replacement parts for business jets like G150 can be only found in manufacturers and can be only replaced by certified MRO (Maintenance, Repair, Overhaul) companies. A replacement without following the regulations might harm the airworthiness of aircraft.

Some customers have noticed that the Gulfstream G150 may have noise concerns. And the Gulfstream G150 is a high-end aircraft in every way; it is quick, comfortable, long-range, and equipped with all modern conveniences. The primary drawback of the aircraft is its high ownership and operating costs. This is understandable for such a high-end corporate jet, but it may be a drawback for you.

Reports of corrosion of the solder connections of the upper and lower front relay box connectors to the printed circuit board led the publication of an AD for the G150. Another AD was issued for aircraft with Gumiyan rubber seals in the luggage compartment that were found to be in violation of FAR 25. Finally, an AD for aircraft serial numbers 201 through 290 had issues with vent tubes. Inspection revealed that the inboard vent tube had been entirely coated in sealant, preventing air passage through the vent. Internal pressure rise during pressure fuelling or thermal expansion is sufficient to harm the wing in these situations. 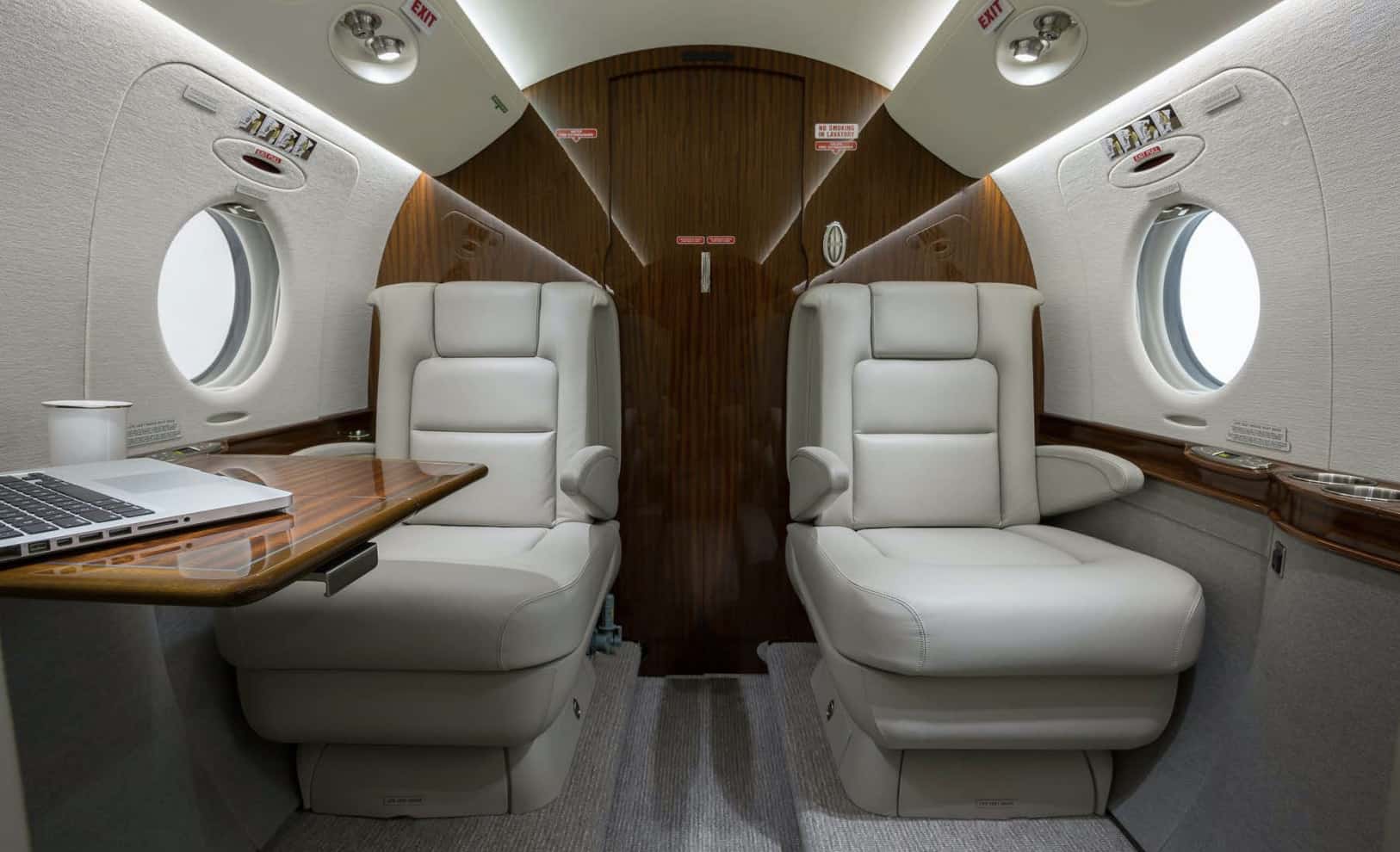 There are two insurance choices for the G150 Family. The first is liability insurance, which protects you from loss, damage, or harm caused by a third party. Passengers, cargo, and baggage are all included in the price. This insurance does not cover damage to the aircraft. This leads to hull coverage, the second type of private jet insurance.

In yearly terms, liability insurance is estimated to cost $35,000 and hull insurance will cost $7,834 based on 300 hours of flying each year. (GuardianJet)

Based on the flight hours, care given to aircraft during maintenance, upgrades made on aircraft, and many other factors. A young G150 with fewer flight hours can be sold for up to $7 Million.

Owners and fleet operators believe the G150 is a joy to fly by hand, although maintenance for starting generators is a common issue due to the large electrical load. Aircraft, on the other hand, have a high dispatch ratio, according to most operators. 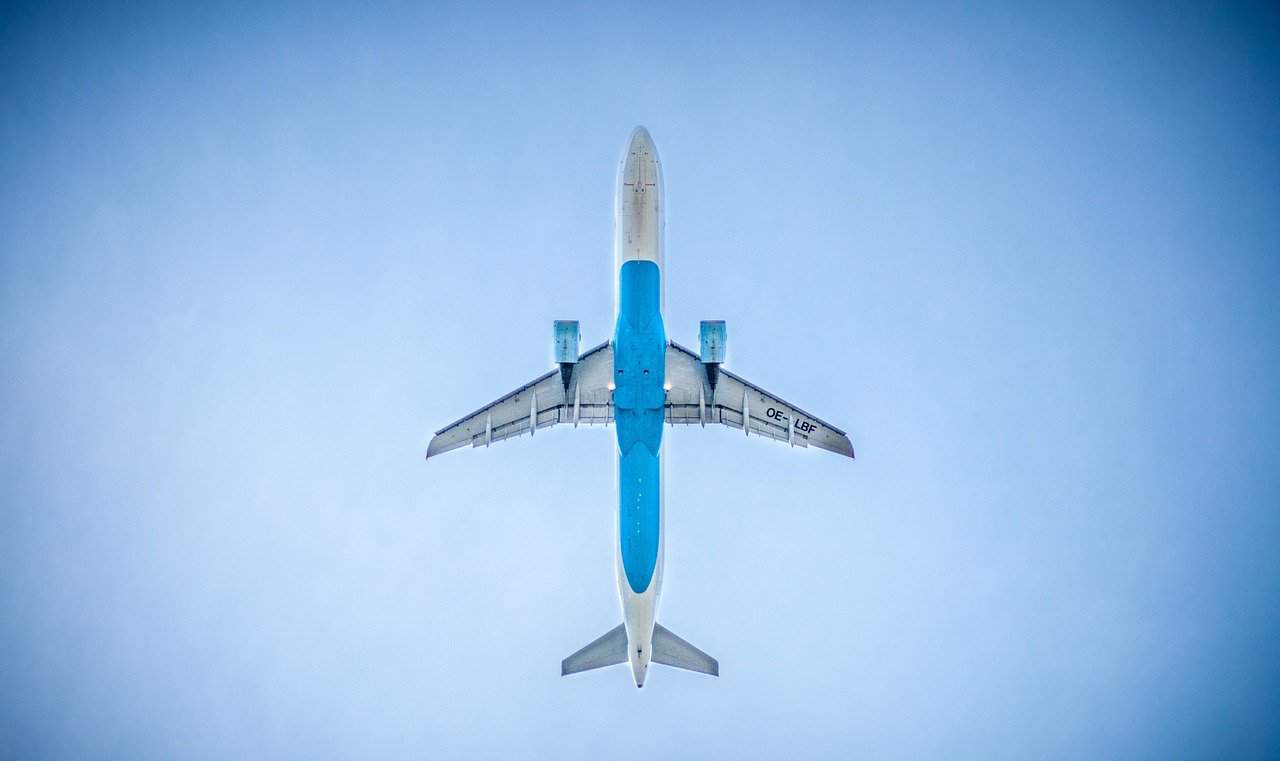 Gulfstream G150 Clubs You Can Join

Gulfstream provides a few customers service groups, which you can locate and utilize via their “MyGulfstream” system on their website. You might also find the National Business Aviation Association website useful, and you can join their events.

Question: How fast does a Gulfstream G150 fly?

Answer: It can fly with a maximum speed of Mach 0.85, while regular cruising speed is Mach 0.80.

Answer: It has a pre-owned price between 4-6 Million Dollars. There is no new aircraft production.

Question: Where is the Gulfstream G280 made?

Answer: It is the mid-size jet that came after G150. Produced by Gulfstream in Savannah, Georgia, USA.

Answer: No company ended the production of G150 after they announced G280.