Aircraft Stability and Control was one of the most difficult classes I took in university. The reason for this is that it is based on the dynamics of an airplane. The Dutch Roll Mode is a wonderful example and an excellent starting point when understanding the complexities of flight dynamics.

A Dutch Roll is caused by the aileron’s deflection, which causes the airplane to roll by changing the lift created on the wings, increasing on one side and decreasing on the other. It can also be as a result of the influence of external influences.

Typically it goes away after a few cycles, but contemporary airplanes include yaw dampers that regulate the rudder and stop oscillations. If the airplane does not have yaw dampers, the pilot can use rudder control as needed.

It gets its name from a similar ice skating movement and was officially used to describe the motion of yawing left to right in 1916. 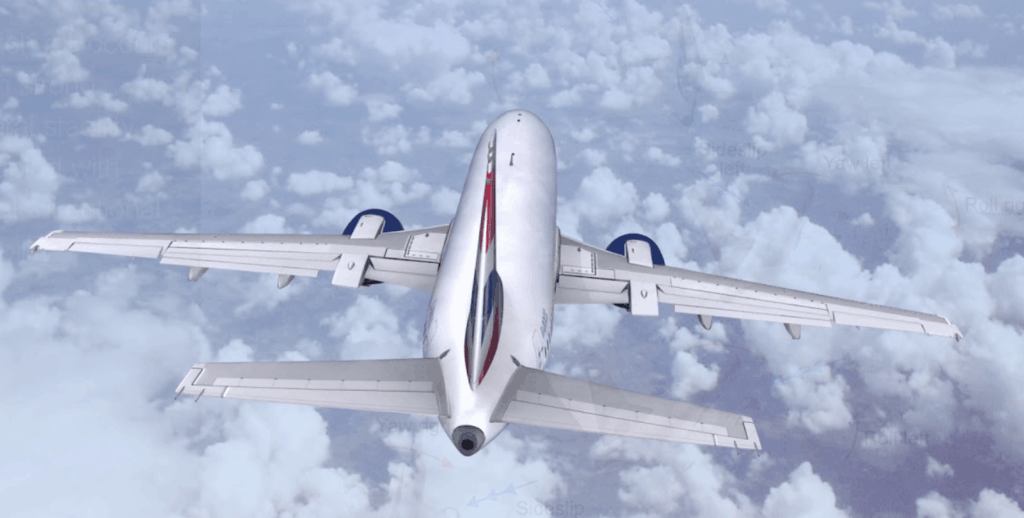 An airplane’s stability is defined as its capacity to return to its original state following a disruption (pilot command or external effects like gusts). Before learning the Dutch Roll, one must first grasp lateral and directional stability.

When it comes to flying, there are three force components and three-moment components. The three forms of movement that an airplane may produce are roll, pitch, and yaw, as many of us already know.

Assume there is a disturbance in the plane, and it begins to sideslip, exactly as your pilot turned the plane right during your trip. When an airplane sideslips to the right, its lateral stability creates an opposing moment that causes it to return to its original condition. Wing dihedral, wing sweep, and the location of the wing on the fuselage all contribute to this moment. High-wing airplanes, for example, will have superior stability but less mobility.

On the other side, directional stability is linked to yaw. Although here, the stability is mostly provided by the vertical tail. As seen in the diagram, when an aircraft experiences a yaw disturbance caused by rudder commands or side winds, it rotates its nose but continues to fly in the same direction. This indicates that the vertical tail has an angle of attack. This angle of attack will generate lift and cause the aircraft’s nose to spin back with an opposite yaw moment in response to the disturbance.

Now that we’ve covered lateral and directional stability, we can move on to Dutch Roll. 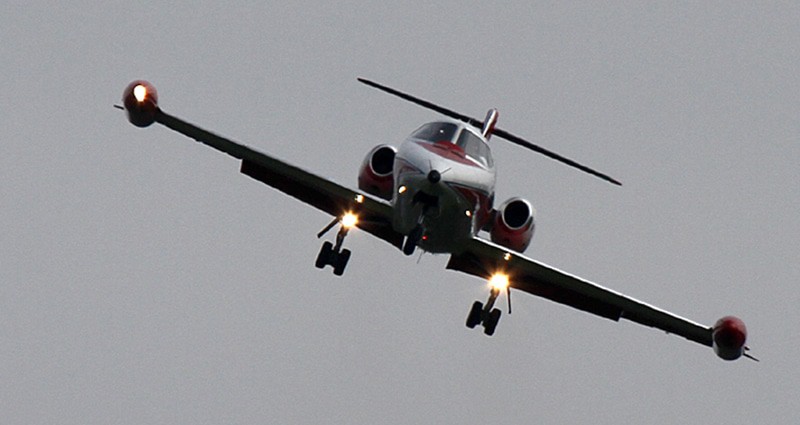 It derives its name from the waggy movement to the left and right along the flight path, which is similar to the ice skating technique.

Reasons for Dutch Roll to Happen

Because the greater lift on the right-wing occurred before, the right-wing will rise, causing the airplane to roll left and begin a sideslip to the left. When the plane is slipping to the left, the tail is still attempting to rectify the first yaw disturbance. However, due to the side slip, the same thing will happen to the left-wing this time, and the lift will rise as drag increases.

Because of uneven drag on the wings, the left-wing is now rising and pulling the nose to the left. This results in an oscillating movement that occurs while synchronizing roll, side sliding, and yaw motions. Because of its complicated structure, engineers find it difficult to model and replicate Dutch roll Mode.

3.181 gives the requirements for dynamic stability, and “any combined lateral directional oscillations (“Dutch roll”) occurring between the stalling speed and the maximum allowable speed and appropriate to the configuration of the airplane must be damped to 1/10 amplitude in 7 cycles with the primary controls-

The primary controls mentioned in 23.181 are ailerons, elevators, and rudder. 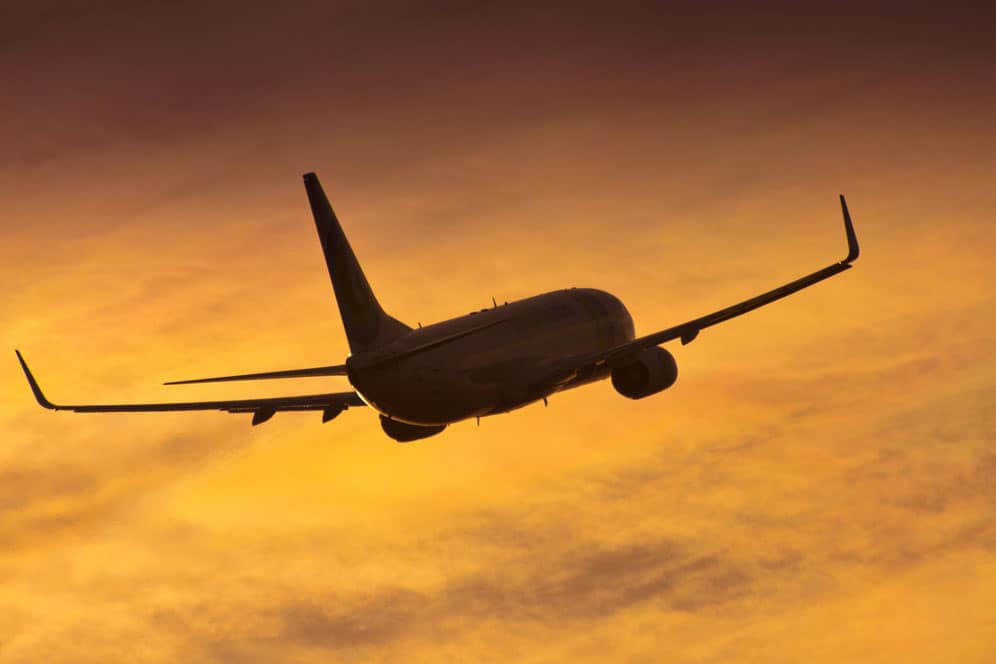 Although Dutch roll is usually dynamically stable, it can be harmful to an aircraft owing to its oscillatory nature. Oscillatory mode damping might be moderate or strong, depending on the features of the individual airplane.

These oscillatory movements generally fade away after a few cycles unless there is a persistent external disturbance.

There are, however, times when this is not the case. Dutch Roll was responsible for the accident of a Boeing 707 on October 19, 1959. During the test flight of the aircraft, the firm used the opportunity to teach its staff. The instructor-pilot began developing Dutch roll mode to explain it to inexperienced pilots. The instructor began a Dutch roll that exceeded the manufacturer’s limitations by reaching 60 degrees of roll angles. The student executed a complete right aileron control while the right rank was still growing, and the teacher quickly rolled opposite the aileron. The enormous forces caused three of the four engines to separate from the airplane as a result of the sudden changes. Four crew members were killed, and four others were injured when the plane was crushed.

As previously stated, the FAA has regulations that airplane manufacturers must adhere to. In most contemporary aircraft, Dutch roll fades away on its own, but if the aircraft has a proclivity for oscillations, gyro-stabilized yaw dampers are used.

Yaw dampers act as automated rudder pedals, translating input from accelerometers and other sensors into proper rudder reactions. To ensure synchronization utilizing the yaw sensors in the tail, the yaw damper will only provide the required rudder control in a turn for the degree of bank. They’re an effective strategy to avoid Dutch roll.

If there is no yaw damper available and the pilot does not want to wait for oscillation to pass, manual rudder controls can be used to restore to straight flight.

In contrast to the Dutch Roll, spiral instability arises when directional stability is relatively strong compared to lateral stability. When an airplane begins to roll due to a pilot’s input or external forces, strong directional stability strives to keep the nose of the plane pointed in the direction of flight at the side sleep angle produced by the roll.

Weak lateral stability now lags behind yaw, and the aircraft’s nose begins to descend in a slow spiral. If the pilot does not intervene, it will spiral downward in a severe spiral dive. In most cases, a pilot can readily handle it.

Question: What is the static stability of an airplane?

Answer: After a disturbance, the vehicle’s initial propensity to revert to its equilibrium condition is known as static stability. There is a mixed scenario because airplanes have more than one degree of freedom, which is why they have lateral, directional, and longitudinal stability.

Question: What is the dynamic stability of an airplane?

Answer: It is determined by the airplane’s design purpose. If we’re talking about a training plane, perhaps passenger plane stability is a good thing that improves comfort and reduces flight risks. Fighter jets, for example, would be severely constrained in terms of maneuverability if they were constructed in a highly stable manner.

Engineers use trade-off studies to make these types of design decisions, which are based on needs and restrictions.

Answer: Dutch roll occurs as a result of the aircraft’s directional stability being weaker than its lateral stability. Because of the nature of airplanes, this is a natural mode.

Question: Why is it called a Dutch roll?

Answer: It gets its name from a similar ice skating movement. In 1916, the word was used to describe yawing right and left when rolling.

Question: What is the meaning of roll in aircraft?

Answer: The aircraft’s roll axis runs parallel to its centerline through its nose to tail. The roll motion is the rotation of an airplane around its axis. Ailerons are used by pilots to generate lift on one side of the wings and roll the plane. When an aircraft rolls to one side, the lift force created by the wings begins to have a component in a side direction, assisting the aircraft in its turning.

Question: What causes roll in aircraft?

Answer: Roll is caused by the aileron’s deflection, which causes the airplane to roll by changing the lift created on the wings, increasing on one side and decreasing on the other. It can also begin as a result of the influence of external influences.

Question: How do you correct a Dutch roll?

Answer: It usually goes away after a few cycles, but contemporary airplanes include yaw dampers that regulate the rudder and stop oscillations. If the airplane does not have yaw dumpers, the pilot can use rudder control as needed.

Question: What is an oscillatory motion?

Answer: It’s a motion that repeats itself at regular intervals. When an object is moving in this way, it oscillates around an equilibrium position. The equilibrium position in the case of an airplane and the current topic is a steady straight flight.

As can be seen, aircraft control and stability may be quite complicated, and the dynamics of the motions might be difficult to comprehend. Engineers should use caution throughout the aircraft’s design process to minimize unexpected behavior.

Stability studies are conducted to determine whether an airplane has the necessary static and dynamic stability. Along with the engineers’ proper design of the airplane, pilots should receive the necessary training to become familiar with such situations because they can occur naturally. Although the Dutch roll is a dynamically stable coupled oscillation, it can be dangerous.

You can check this video to see Dutch roll.

To reach sources of pictures and learn more about stability, you can check the NASA website .

NASA. (n.d.). SP-367 Introduction to the Aerodynamics of Flight. Retrieved from IX. STABILITY AND CONTROL: https://history.nasa.gov/SP-367/chapt9.htm#f146