All military aircraft from the famous Soviet Union design bureau Mikoyan-Gurevich earn the model designator of MiG. Founded by Artem Mikoyan and Mikhail Gurevich in 1939, their design creations bear their last initials joined with the letter ‘i’, the Russian letter for ‘and.’

In 1950, the Mikoyan-Gurevich team was tasked to design a replacement for the aging and sub-sonic MiG-15 and MiG-17 fighter aircraft. The Government order stipulated the jet to be capable of supersonic airspeeds in level flight.

Finally designated the MiG-19, the design succeeded, and the Soviet Union won the race to produce an operational supersonic jet fighter four months ahead of the United States. Over time, the fighter aircraft developed into an idiosyncratic, formidable and successful fighter. Yet, the design journey and early production flights were not without problems.

The reliable and effective subsonic MiG-17 formed the basis for the initial MiG-19 testbed. In 1951 a MiG-17 was modified to accept two engines, arranged side-by-side, and was designated the SM-1. Fitted with two non-afterburning Mikulin AM-5 engines, each producing 4,410 lbs of thrust, problems plagued the initial prototype.

The engines were temperamental, with rapid throttle movements causing engine surges or flameouts. The designers also struggled to maintain cockpit pressurization adequately. In 1952 the SM-1 did achieve supersonic flight reaching 1.03 Mach at 16,400 feet; however, the Russian Ministry felt the performance marginal and demanded improvement.

In 1952 a new prototype aircraft emerged with radically different features. Major modifications included a lengthened fuselage and a 55-degree sweepback to the wings. With a redesigned cockpit, landing gear, and a larger tailplane, the aircraft’s weight increased, and the existing engines were considered inadequate. The new Mikulin AM-5F engines fitted had afterburners, producing 4,740 lbs of thrust dry and 5,960 wet.

Despite dramatic performance improvements to the testbed, high angles of attack caused handling problems, and the engines were still considered underpowered. Design iterations followed with changes to the horizontal stabilizer and air-brake location. As these changes occurred, the model number crept through A and B designations. Finally, Mikulin developed an entirely new engine, initially designated the AM-9B, producing 5,700 lbs of thrust dry and 7,160 lbs wet. These engines formed the basis for the Tumansky RD-9 engines that ultimately powered the production aircraft.

This final prototype flew in 1954, being re-designated the SM-9 due to the new engines. Achieving Mach 1.19 in level flight, the Soviet authorities pressed for the aircraft to enter production, despite factory testing being incomplete. The officially designated MiG-19 entered production on 17 February 1954.

With the haste to enter production, pilots encountered serious faults with the aircraft. Several mid-air explosions occurred, which were traced to the fuel tanks. It was found that when the fuel tank had been half drained, it could explode due to overheating caused by a lack of insulation between the tank and the engines. When deploying the air brakes at high speeds, the aircraft violently pitched up, exposing the pilots to severe g-forces. Finally, pilots found the elevator to be ineffective at supersonic speeds. 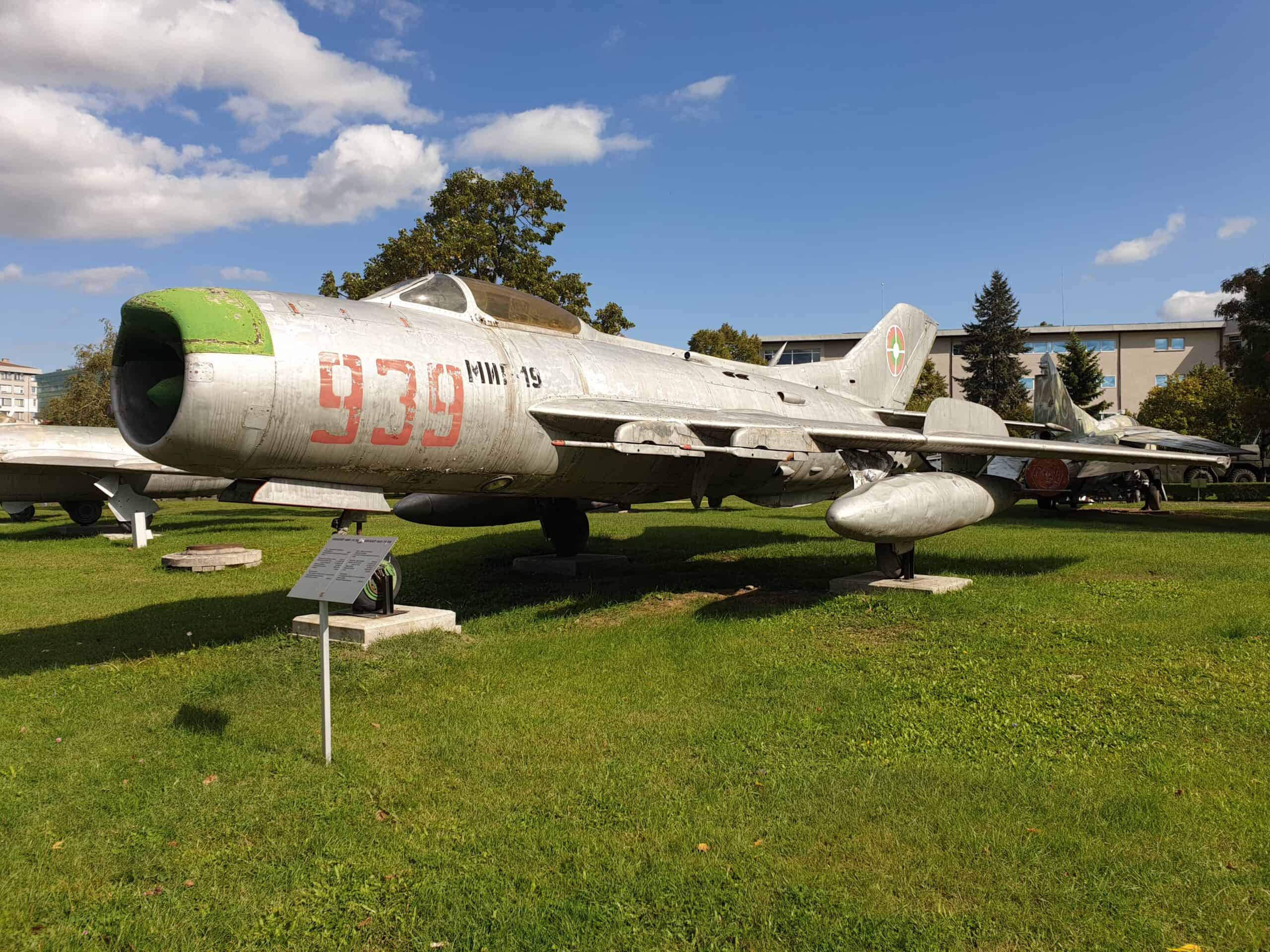 Some of the more dramatic flight issues proved difficult to train for, given no Soviet Union two-seater versions of the fighter aircraft were ever produced. Yet, designers resolved the elevator issue by installing an all-flying tailplane while fitting heat shields to address the fuel tank overheating. With these modifications and enhanced armament, the new fighter aircraft designation became the MiG-19S.

Soviet Use Of The MiG-19

Used in the Soviet Air Force between 1955 and 1968, with 2,172 manufactured, the MiG-19 saw service in the Soviet Air Defense and East Germany. During this time, modifications on the aircraft continued as it evolved from a daylight escort fighter to a radar-equipped all-weather interceptor designated the MiG-19P. In 1957, the removal of the cannon and the addition of missile capability created the MiG-19PM.

In the West, the new Soviet aircraft was code-named Farmer by the Air Force Interoperability Council (AFIC), comprising the United Kingdom, Canada, the United States, New Zealand, and Australia.

Despite being a formidable and capable aircraft, the rushed implementation of the MiG-19 slowed its acceptance due to its many flaws. Ultimately, overshadowed by new, improved aircraft, it was forced out of production in Russia. Yet, the MiG-19 would gain a new lease on life, manufactured in small numbers by the Czechs but coming into its own when introduced to the Chinese market.

Despite a short time in Russian service, the Chinese embraced the MiG-19 and made it their own. Renamed the Shenyang J-6, the Chinese produced more than 4,500 aircraft between 1959 and the late 1990s. Stable production under license began in earnest in 1961 and ramped up, with exports primarily to Pakistan. Yet, the Shenyang also saw service in Vietnam, Somalia, Egypt, Iran, and Iraq air forces. 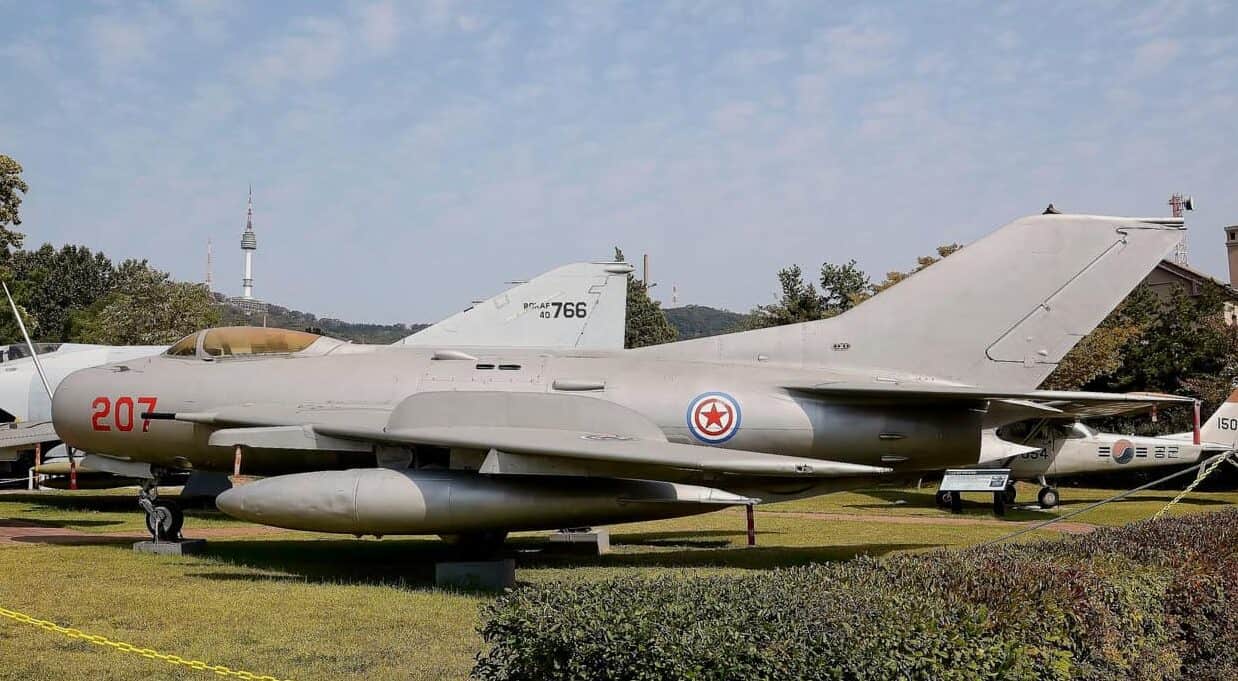 The Chinese saw the aircraft as disposable after 100 flying hours, although Pakistan managed to extract 130 hours from the aircraft before scrapping it. The aircraft was improved and modernized in Pakistan with modern Martin-Baker zero-zero ejection seats and AIM-9 Sidewinder missiles.

The MiG-19 displayed two formidable characteristics in battle. It was more maneuverable than the heavier American fighter aircraft, and it packed a considerable punch with its 3 x 30mm cannon. At the time, the MiG-19 opponents only carried the 23mm cannon. While the target opposition aircraft for the MiG-19 was the North American F-100 Super Sabre, it pitched against the McDonnell Douglas F4 Phantom IIs, and the Republic F-105 Thunderchiefs in Vietnam.

Given its hard-hitting armament and ability to out-turn and out-accelerate the opponents, the MiG-19 managed to hold its own against theoretically superior technology. The two major operational drawbacks to the fighter aircraft were its short range and its temperamental engines.

Is the MiG-19 Still Operational Today?
Yes, fleets of the MiG-19 are still operating as of 2022, most notably in North Korea. Vietnam and Pakistan also operate smaller fleets, but they aren’t as popular as more modern fighter aircraft.

Question: What is an afterburner?

Answer: An afterburner is a piece of equipment used on, mostly, military aircraft. It is a nozzle, or series of nozzles, introduced into the tailpipe of the jet engine. As engine exhaust still has a high level of oxygen in it, the afterburner injects fuel into the exhaust stream and ignites it. The burning fuel produces huge thrust increases to enable the aircraft to take off from short runways or escape another aircraft in a dogfight. It is hugely inefficient on fuel, using vast quantities.

Question: To what does MACH refer?

Question: What is an aircraft’s angle of attack?

Answer: Angle of attack refers to the angle between a reference line on an aircraft, usually the chord of a wing, and the angle at which it meets the relative airflow. There is a maximum angle at which an airfoil will stall or cease to produce sufficient lift.

The MiG-19 had a chequered history, was rushed into service by the Soviets without comprehensive testing, and was rapidly overshadowed in 1956 by its more modern and successful older sibling, the MiG-21. Yet, almost 10,000 MiG-19s, or their derivatives, were built, seeing active service in over 12 countries. As late as 2002, the model was still in operation in large numbers in North Korea.

Today, there are few places to view the MiG-19. Most are in museums worldwide, while some countries still utilize the MiG-19, if only as a fast jet trainer. With the known difficulties of the engines and the limited airframe hours, it is only a matter of time before the MiG-19 is gone from our skies. Yet, they hold an important place in aviation history and in the hearts of the pilots that flew them.