The genesis of the Piper Saratoga resulted from a hurricane in 1972, whose flooding wiped out much of the Piper plant at Lock Haven, Pennsylvania. Also destroyed was the tooling for the then-popular single and twin Piper Comanche. Given Comanche’s were labor-intensive to build, Piper chose to design a new retractable gear aircraft based on the six-seat, low-wing, all-metal, fixed gear Cherokee Six.

Initial designs mainly focused on installing a retractable undercarriage to the Cherokee Six fuselage, with the undercarriage borrowing heavily from the twin-engined Piper Seneca. The new design required engine mount and wing-spar redesign, while the engine remained unchanged.

In 1976 the new aircraft debuted as the Pa32R-300 Piper Cherokee Lance, fitted initially with the 300hp Lycoming IO-540-K1A5D and later the -K1G5D. It’s fair to say that the old Cherokee Six was never the sexiest aircraft on the line, but it could haul heavy loads, had a huge cargo/passenger door in the rear, and was a reliable workhorse. Therefore, from 1976 to 1978, the Lance came from a solid pedigree and looked similar, although with retractable undercarriage.

However, Piper’s marketing department must have been bored, and late in 1978, a modified Lance appeared on the scene with a T-tail. This involved moving the horizontal stabilizer and elevator to the top of the vertical stabilizer, and the aircraft name became just the PA-32RT-300 Lance II, dropping the Cherokee.

Piper also introduced a turbocharged version known as the PA-32RT-300T Turbo Lance II. As a marketing coup, it wasn’t a stand-out success, with pilots complaining about the handling problems associated with the new tail.

Their gripes revolved around a lack of elevator authority at low speeds, an increased take-off roll, and a propensity to pitch up when the elevator finally did gain some authority. Piper tried to breathe life into the new model, but the paying public wasn’t buying it, and as sales continued to drop, Piper discontinued the Lance II and the Turbo Lance II at the end of 1979.

In 1980, Piper reverted to a conventional tailplane on both models and a semi-tapered wing to replace the barn-door slab wing that had graced the Cherokee Six. Deciding the Lance name was irreparably damaged by the T-tail saga, Piper renamed the modified aircraft the PA-32R-301 Saratoga SP and the PA-32R-301T Turbo Saratoga SP.

These models remained largely untouched until the 1990s. In 1993, the Saratoga SP received new systems, a facelift, and renamed the Saratoga II HP (for high performance). The Turbo Saratoga received several mods through the years, yet it wasn’t until 1997 that it received a new engine in the 300hp Lycoming IO-540-AH1A, new cowling to suit, and was rebadged the Saratoga II TC.

The aircraft successfully continued in production until the 2008 economic downturn, with manufacturing ceasing in 2009. Despite the Lance II hiccup, the Pa32 family was a successful product, with over 7200 delivered by the time production ended.

Handling of the Saratoga has been described as more like a light twin than a single-engined aircraft. That’s due mainly to the mass you’re carrying around and, therefore, its inertia; there aren’t many big roomy six-seaters that are particularly twitchy on the controls.

Control authority in all axes is slow and steady, although not heavy. Owners describe the aircraft as stable and vice-free with benign stalling characteristics; one owner suggested that the conversion would be simple if you were transitioning through the Piper range and had time in an Archer.

The aircraft has a large center of gravity envelope, yet you’ll nudge or exceed the forward limit with only one or two in the cabin. As with all singles, you can fully load with fuel or fully load with people, just not both. That said, in the non-turbo version, you can carry four people with some baggage and full fuel. Remove the rear seats, and you are flying the airborne equivalent of a pick-up with good cargo space.

The long nose can take some getting used to, with taxiing akin to flying a taildragger. When chugging around a circuit, dropping a notch of flap helps with visibility if seeing the runway is important to you. When landing, use the trim through the approach, maintain some power into the flare, then reduce power slowly to let it settle.

As with most load carriers, the Saratoga is not a speed fiend, in fact, slower than the obvious competitors. Cruise speeds vary by model, yet 150 to 160 knots is standard for non-turbo aircraft, burning between 14 and 18 gallons per hour. At altitude on a turbomachine, you’ll push 175 knots. 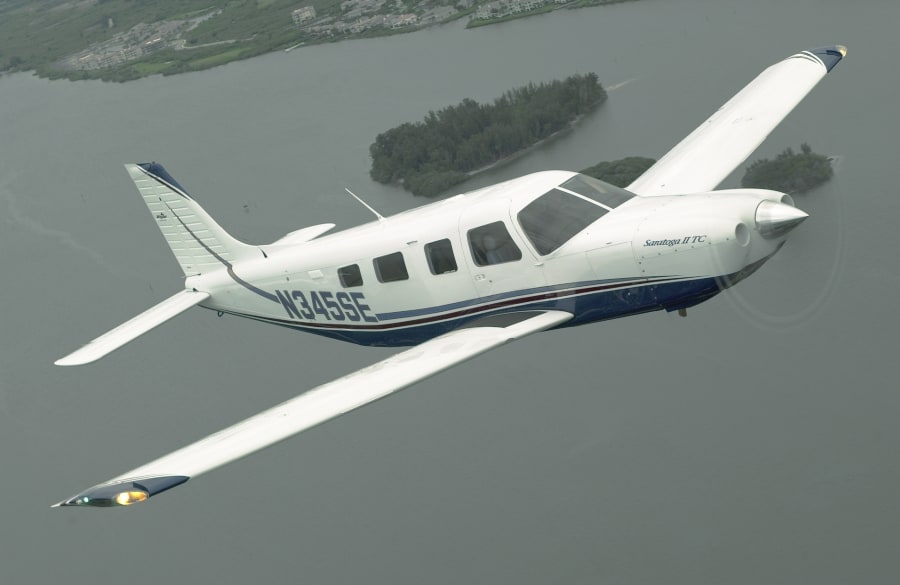 Piper SB 1006 involves a seven-year corrosion inspection of the main spar behind the fuel tanks. Piper states, “If not detected, significant corrosion in the spar cap area may affect the structural integrity of the spar which, if left uncorrected, may compromise the wing structure.” The tank removal also allows compliance with the calendar time replacement of the flexible fuel vent hoses behind the fuel tank.

Piper SB 1161B refers to an inspection for cracking of the aft wing rib assembly at wing station 49.25. A number have been found cracked, and if allowed to propagate, a reduction in the shear buckling capability of the spar web may compromise the torsional strength of the wing. While a service kit is available, found too late, the crack may require some serious specialist wing work to replace the rib.

A favorite upgrade appears to be aerodynamic kits to improve cruise speeds, climb rate, low-speed handling, and fuel consumption. Knots2U https://www.knots2u.net/ and Laminar Flow Systems https://laminarflowsystems.com/ are two of the many kit providers.

Speedbrakes are available through Precise Flight at https://preciseflight.com/, which can double your normal rate of descent while helping prevent engine shock cooling.

PA-32R Where To Find Replacement Parts

Speak to any owner or maintenance professional, and they’ll tell you of the ready availability of Piper spares. Any of the major parts suppliers throughout the world retain stock of common Piper spares and can access the more unusual parts within a reasonable lead-time. 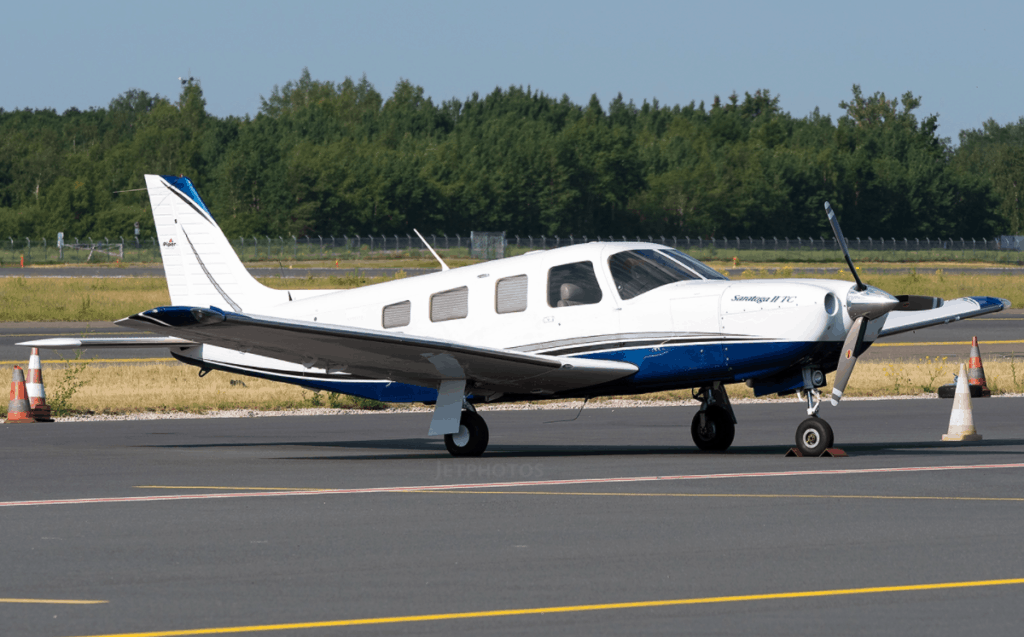 If you own a turbocharged Lance II, the biggest concern is the engine running too hot. Most owners plump for an intercooler mod that solves the temperature issues while providing increased horsepower and extended engine life.

Staying with the turbo Lance and Saratoga aircraft, there have been several engine fires and aircraft lost due to failures of exhaust systems from misaligned or misassembled exhaust pipes. FAA AD 91-21-01 requires the installation of new exhaust components designed to alleviate the failures.

On all models, landing gear problems appear to be an issue. Maintenance personnel experienced on the Saratoga suggest regular inspections for trunnions exhibiting excessive play from bearings and bushings being outside tolerance.

If the insurance includes additional hull cover for US$75,000, the annual premium for the experienced pilot will be between US$1,260 to US$1,549 per year, while the lesser experienced pilot can expect US$2,750 to US$4,300 per year.

Resale on the Saratoga couldn’t be better, with high demand for the Pa-32 series. As in all things, aircraft purchase is a tradeoff, but if you’re looking for utility, comfort, and capability, the Saratoga needs to be near the top of your list.

Good quality, low hour Saratoga are very much in demand, so expect to pay a premium to the higher hour alternatives. Older non-turbocharged models have a price average of US$1850,000 with airframe times around 4,500 hours. Younger aircraft and turbocharged models average US$300,000 with 2,500 to 3,500 hours on the airframe.

Owners describe the aircraft as honest, stable, roomy, and comfortable. Accepting they’re not the fastest aircraft, for the purchase price and operating cost all consider their mission requirements can’t justify the extra money to gain another 10 to 20 knots cruise.

The Bonanza may beat a Saratoga on speed, and a 206 may have the edge on load, but the owners feel they wouldn’t make a change given the utility, comfort, and appearance. 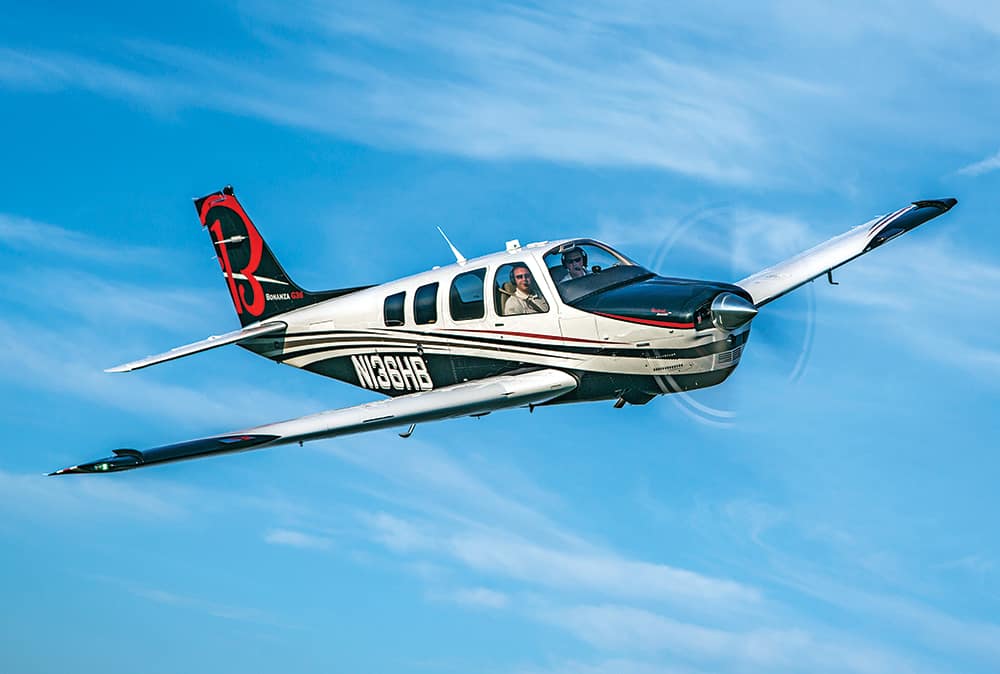 Modern comparisons are primarily with the Beech G36 Bonanza. Still manufactured, the Bonanza is known for its faster cruise speed and better climb, although shorter range. However, the choice is made easier for purchasers with the much greater acquisition cost of the Bonanza. Check out this Piper Pacer guide for more alternatives!

The older discontinued Cessna 210 Centurion would be the other option, retailing at comparable prices to the Saratoga on older higher-hour airframes. Yet if roomy and relatively modern are in your purchase requirements, the Saratoga wins hands down.

PA-32R Clubs You Can Join

You can join the Cherokee Pilots Association through www.piperowner.org or the Piper Flyer Association at www.piperflyer.org.

Answer: TTAF stands for Total Time Airframe, which refers to the number of flying hours the airframe has accumulated since the new one. Thus, it is an indication of age and use.

Answer:  FAA refers to the Federal Aviation Administration, and PMA means Parts Manufacturer Approval. It is an approval granted to a parts manufacturer to manufacture specific aircraft components.

Question:  To what does the term IFR/MEL refer?

Answer:  IFR means Instrument Flight Rules. When pilots are flying IFR, it means they are under the control of Air Traffic Control. MEL, in this case, refers to Multi-Engine – Land. Both refer to ratings or approvals that a pilot must achieve to enable the operation of a multi-engined aircraft or flight under instrument flight rules.

Question: What does an intercooler do?

Answer: An intercooler is an air-to-air radiator that takes the hot air from the turbocharger and cools it before passing it to the intake manifold. Cooler air is denser, which improves engine efficiency. It also keeps the engine cooler, helping prevent overheating while extending engine life.