Piper and Cessna are both extremely well-known and popular US aircraft manufacturers, which have been around for many years. Both of them have to a large extent, specialized in single-engine aircraft designed for flight training and private flying, although more recently, both have produced some larger business-type planes too.

Both of these companies are best known for their single-engine training aircraft and those used in general aviation flying. Indeed, generations of pilots have learned to fly in aircraft manufactured by these two companies and often continued flying in them long after having gained their pilot’s licenses. So this article will concentrate to a large extent on these types of aircraft, but without forgetting that both Piper and Cessna do make twin-engined aircraft and business jets too.

So far as private flying goes, many pilots would say there is not a great deal to choose between Piper and Cessna aircraft. Both companies produce excellent airplanes which are easy to fly, extremely reliable and have few problems. Some people prefer one company’s aircraft, some the others, but this is often simply personal preference, and there is really no overall consensus.

However, there are some definite differences between the two companies, so let us now take a look at these.

The Main Differences Between Piper and Cessna Aircraft are:

Let us now take a look at each of these differences in more detail and what they mean for the pilot. 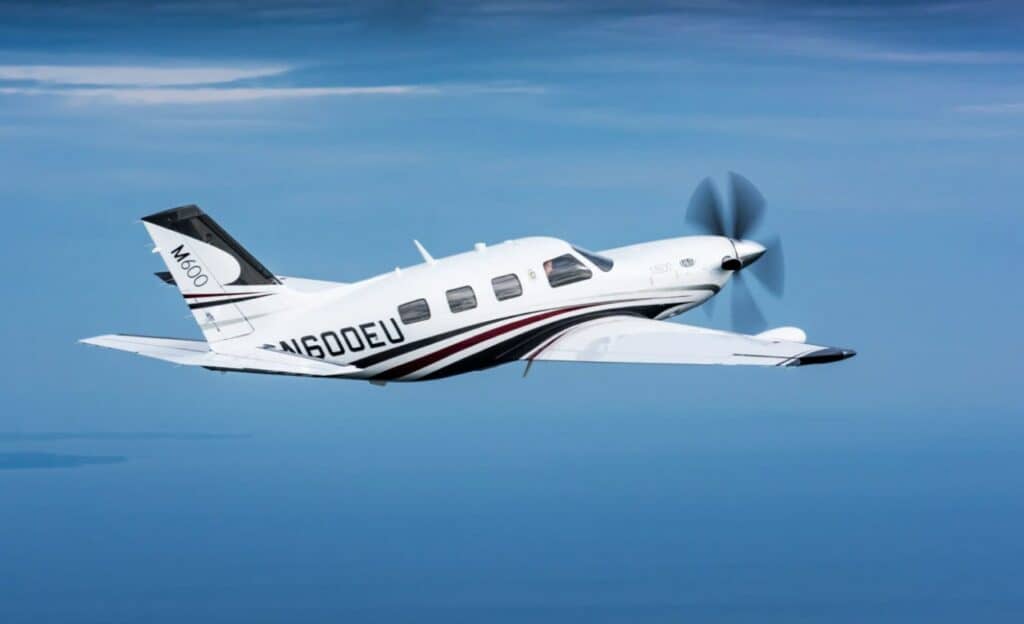 The first Piper aircraft, the Piper J3 Cub, was, in fact, a high wing aircraft. However, since that time, almost all Piper aircraft have been low wing. There are a few exceptions to this, but certainly, the more popular general aviation aircraft, such as the PA-28 Warrior and Archer, are all low wing. This can make quite a difference when it comes to climbing aboard the plane, as less athletic pilots may find clambering up onto the wing to be quite difficult.

Cessnas, on the other hand, are almost all high wing, although again, there are some exceptions, particularly when it comes to larger and more modern aircraft such as the Cessna Citations. But again, the popular Cessna aircraft, such as the Cessna 172 and 182, are all high wing. These are easy to climb into for any type of pilot; you simply open the door and climb aboard.

The position of the wings makes quite a difference when flying. In a low wing aircraft, such as most of the Piper planes, the wings obscure the ground during the cruise. While this is not necessarily a major problem, it does make sightseeing difficult. And the majority of private pilots fly for fun, so they want to see what is underneath them. Of course, visibility above you is very good, which can be useful, particularly in poor weather when it might be a good idea to know about the proximity of clouds. And when it comes to making turns, it is fairly easy to see beneath you, which is very useful.

High wing Cessnas, on the other hand, allow for excellent visibility in the cruise. The high wings also offer some protection from the sun, which can be an advantage in a hot climate. But when it comes to turns, it is difficult to see anything at all beneath the wing.

So in a way, this is down to personal choice.

One Door or Two? 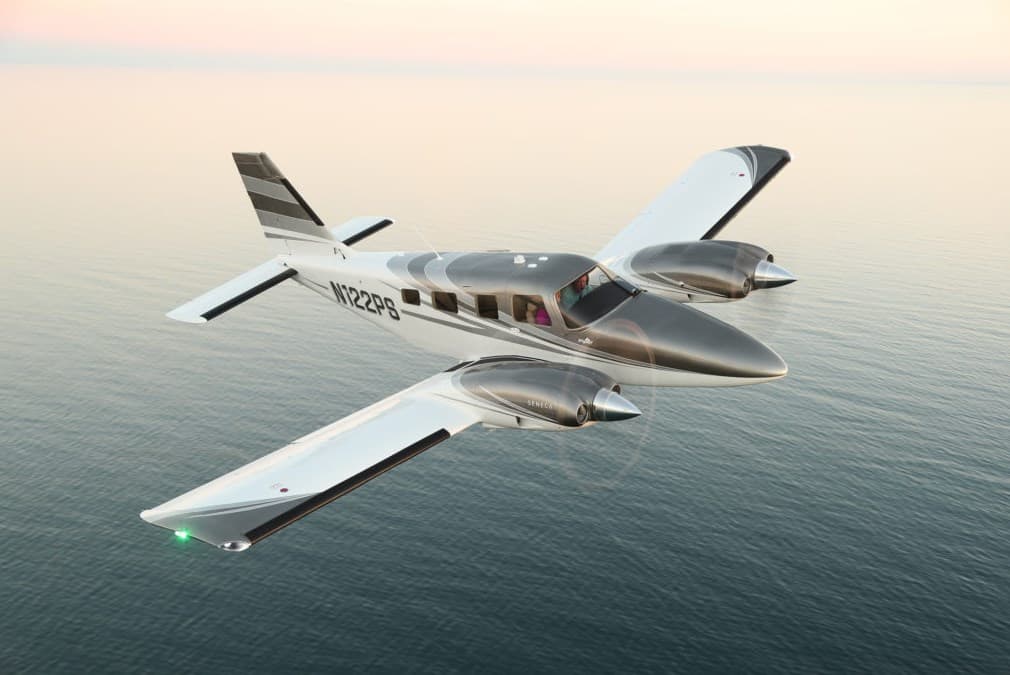 Again there are exceptions, but most Piper Aircraft has only one door, situated on the right-hand side. Cessnas, on the other hand, all have two doors. This means that everyone has to exit a Piper aircraft through that one door, which is on the opposite side from the pilot. This can be a nuisance, particularly if there are passengers unfamiliar with light aircraft flying or needing help to climb aboard or leave the aircraft. And it could be a real problem in an emergency if everyone had to exit the aircraft in a hurry.

In a low-wing Piper aircraft, you have to monitor your fuel situation, switching tanks when necessary. Failure to do this may mean having engine failure due to fuel starvation when there is actually still plenty of fuel in the other tank. This is not just a theoretical possibility; it has happened! But this is not an issue with high wing Cessnas. The two fuel tanks in the wings interconnect, and so long as there is enough fuel, it can reach the engine no matter which tank it is in. 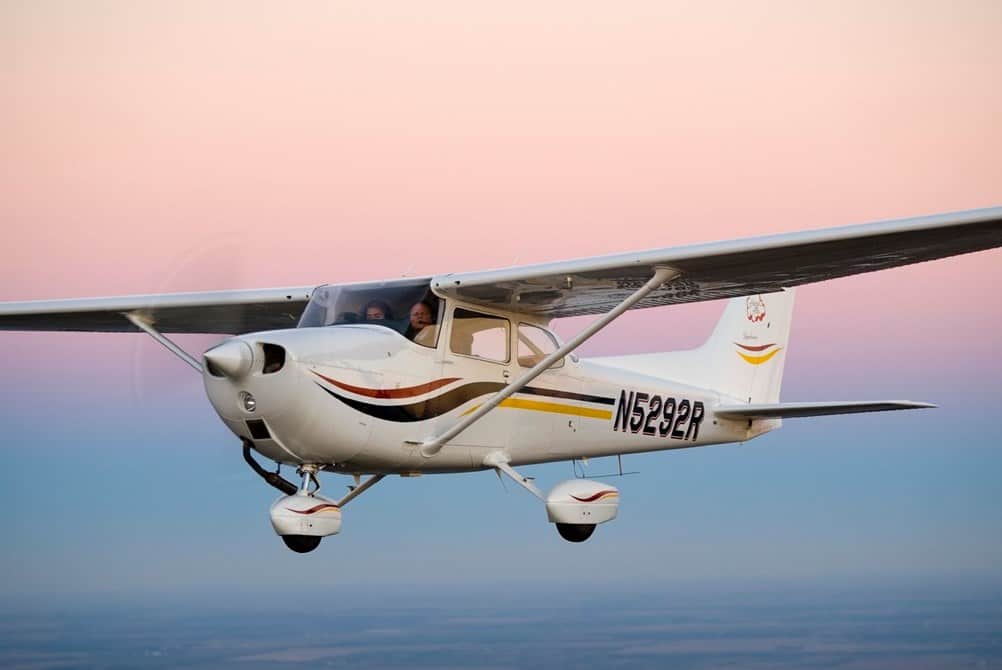 As explained, Piper is still an independent company, whereas Cessna is now a part of Textron Aviation. But to be honest, this difference is possibly only theoretical for pilots. Both of these companies are still manufacturing aircraft under the original brand names, and it makes little difference to pilots and prospective buyers who actually owns the company. Nevertheless, it is a difference that is perhaps worth bearing in mind.

All pilots are agreed that when it comes to performance and handling issues, there is virtually nothing to choose from between the two companies. To illustrate this, here are some quotes from private pilots concerning both Piper and Cessna aircraft…

“It’s all personal preference. I did my private training in a C-150, then when I moved to the Piper Warrior, I liked it better (yes, I had flown a 172 also). I did all my instrument training in a Warrior, still liked them better than Cessnas. I did my commercial training in a Cutlass (C-172RG), now I like Cessna better again.”

“Both are very good and handle nearly the same. It really doesn’t matter. I got my Private Certificate in a Cessna 172, but now I fly both types frequently. I like them both. Each has different qualities, but I think they equal out all in all.”

“It boils down to the fact that it doesn’t really make any difference. There are those who will say that the high-wing trainers such as the Cessna 150, 152, or 172 are easier to fly and are more stable. Others will say that low-wing aircraft such as the Pipers are better. The truth is that either type is acceptable. Each type has its particular pros and cons.

There might be some argument for using a high-wing trainer if someday your dream of owning a Cessna 210 or a low-wing trainer if someday you plan on buying a Bonanza or other high-performance low-wing aircraft. However, when all is said and done, it doesn’t really matter. You can safely base your decision on what strikes your fancy and where you can make the best deal.”

So there you have it – both companies make aircraft which are easy to fly and which handle well. Neither have any real problems, and accident records are similar. So you can make a decision based on personal preference alone. 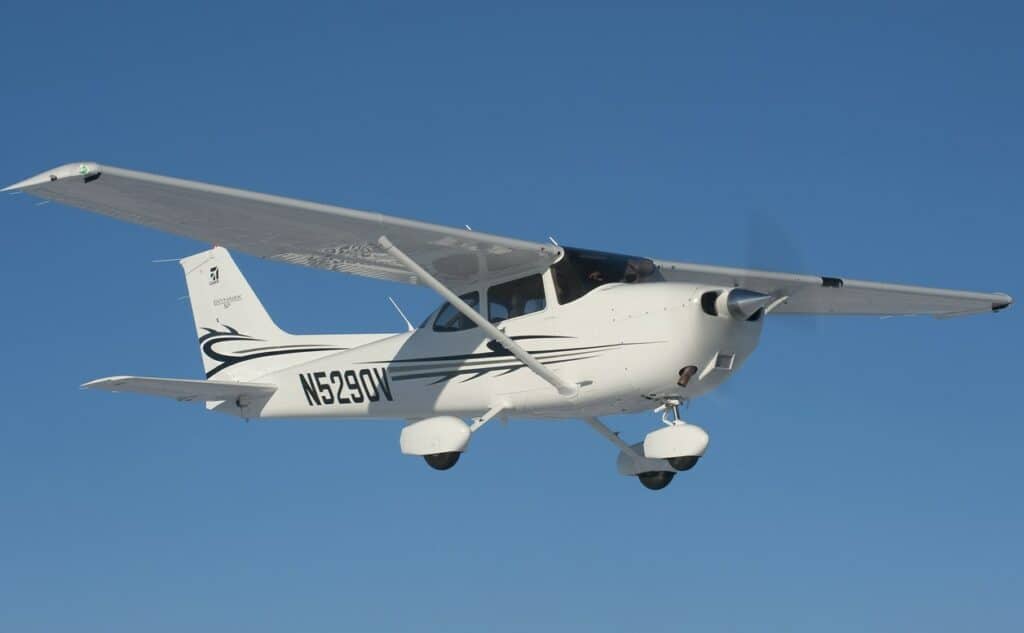 When it comes to insurance, the main factors involved are the pilot’s experience and the hull value of the aircraft. The brand does not come into things to any great extent. Nevertheless, it is interesting to see that according to one source, the top five easiest aircraft to insure are all Pipers and Cessnas. They are as follows:

The situation is similar when it comes to maintenance. In general, ease of finding maintenance facilities and low costs depend on how popular your aircraft is. Both Cessna and Piper make aircraft that are extremely popular; indeed, the Cessna 172 is the most popular aircraft of all time. This means that you should have no real difficulty in finding someone to maintain your Piper or Cessna aircraft, and the cost should not be too prohibitive.

When it comes to prices, particularly used prices, it is again the case that there is not much to choose between Cessna and Piper aircraft. Of course, there is a huge difference between the cost of, say, a Cessna 150 or Piper Tomahawk and a modern Cessna Citation or Piper Seneca. But when it comes to comparing like with like in terms of size and type of aircraft, there is really not much to choose between them. Some sources say that Cessnas hold their value rather better than Pipers, but not everyone would agree, and it may depend on the particular aircraft model being considered.

Question: Which aircraft is better for someone learning to fly, the Cessna 150/152 or Piper PA-38 Tomahawk?

Answer: Either of these is quite suitable for training; indeed, that is what they were primarily designed for. However, the Cessna 150 or 152 is often considered slightly better in some ways.

Firstly, the visibility is better since the wings are above you – although this does mean that visibility is difficult in turns. But the main issue with the Tomahawk is that it stalls rather dramatically and can often frighten beginners to flying for this reason. This makes the Cessna 150 or 152 a little easier to learn. Having said that, numerous pilots – me included – have learned to fly on the Tomahawk, and many of us are quite fond of it!

Question: Which plane would be best for a relatively inexperienced pilot to buy, a Piper Warrior or Cessna 172?

Answer: Both of these are quite suitable as a first aircraft purchase. They are easy to fly, and as four-seaters, have room for passengers and a certain amount of luggage. But the advantage of the Cessna 172 is that it has doors on both sides, unlike the Warrior, which only has one door on the right-hand side. This makes it difficult for everyone to get in and out of the aircraft, and it could be a safety issue if four people needed to get out quickly in an emergency. So I would say the Cessna 172 is slightly preferable.

Question: I’m looking for a high-powered, twin-engined aircraft to use for business. Do either Piper or Cessna produce something suitable?

The Verdict: Which Is Better: Piper or Cessna?

As has been stated, both of these companies produce aircraft suitable for a number of different purposes. Both are very popular, with good reason.

However, I would say that in general Cessna aircraft are better, for all of the following reasons:l

Cessnas have two doors, as against only one in a number of Piper aircraft. This means that it is awkward for a number of people to enter and exit a Piper aircraft, and it could be a safety issue if everyone needed to leave the aircraft in a hurry.

Cessnas are high wing, whereas Pipers are low wing. This means that visibility on a leisure trip is better in a Cessna. It also means the Cessna is easier for fewer mobile passengers to climb aboard. And fuel monitoring is not necessary for a Cessna as the fuel tanks interconnect, which is another major safety advantage

Training is easier on Cessna aircraft as they are very difficult to stall. This makes them extremely safe and less frightening for new students.

The high wing aircraft like Cessnas are much safer in terms of fuel management. In a low wing Piper, it is quite possible to have engine failure due to fuel starvation when there is actually still plenty of fuel….in the other tank! This is an important safety issue.

In conclusion, both of these companies produce excellent aircraft. But in general, I would say that Cessnas have the edge over their rival, mainly due to the safety issues concerning Piper doors and fuel tanks.