The Piper PA 34 Seneca is a twin-engined light aircraft designed to hold five or six people and used primarily for personal and business flying. It has been in production since 1971, though not continuously. It was actually first developed as a twin-engined version of the Piper Cherokee Six. Several different modifications have been made over the years, leading to the Senecas II, III, and IV. The current model is the Seneca V, which was certified at the end of 1996 and put into production in 1997. 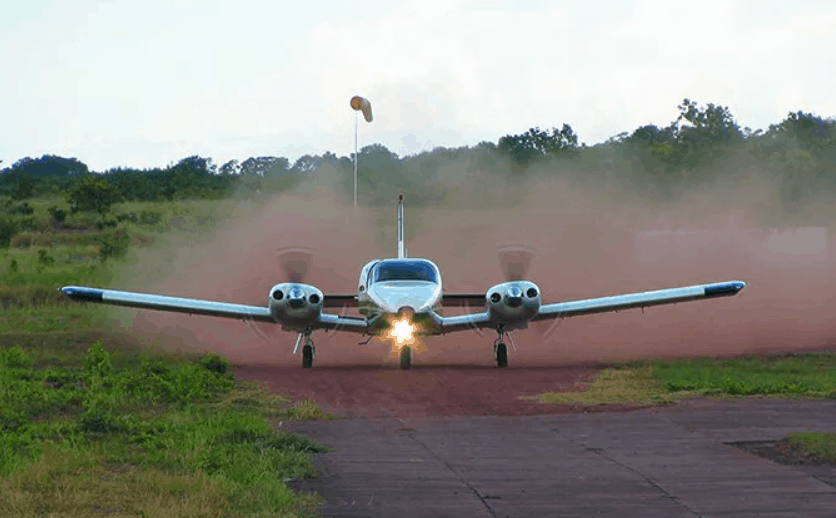 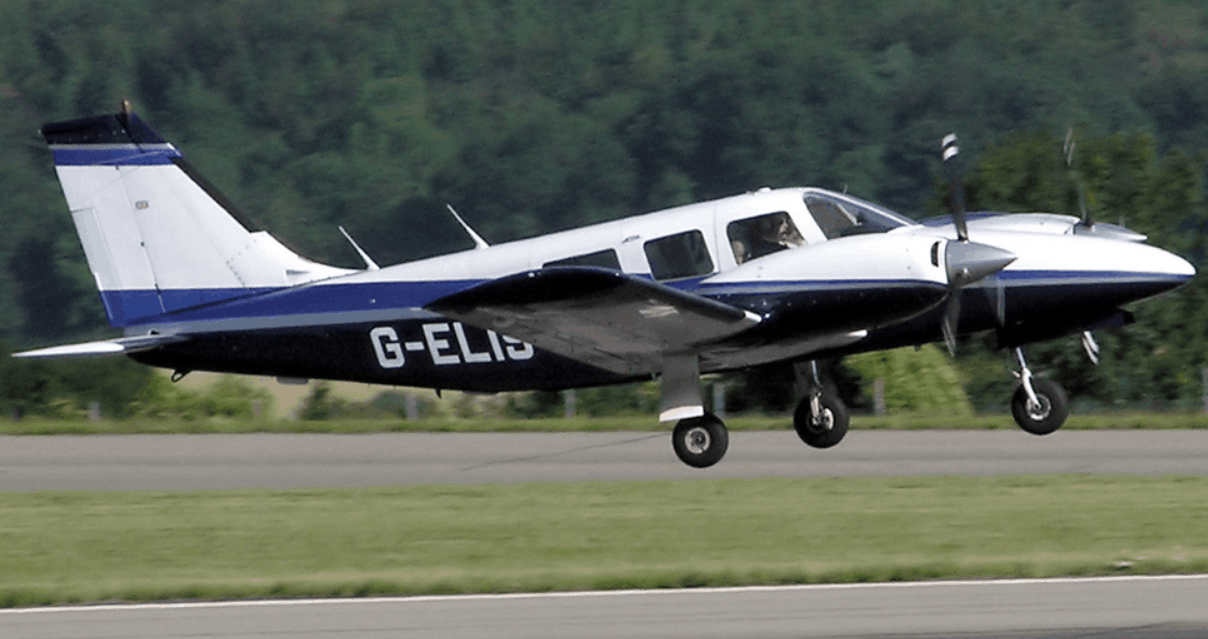 The asking price of a new Piper Seneca V is $1,061,000. Earlier models are significantly cheaper than this, of course. To take some examples of aircraft recently up for sale, a Seneca II will usually sell for something over $100,000, but according to some sources, it is possible to find early Senecas from around 1972 for as little as $35,000.

Seneca IIIs and IVs seem to be on the market for anything from $175,000 to $300,000, and secondhand Seneca V’s retail for anything from $350,000 upwards. Of course, a lot depends on how well the aircraft has been maintained, so it is difficult to be more specific than this when it comes to secondhand models. But in general, there is a Seneca to suit just about every wallet.

Many owners comment that the Seneca is not particularly good at anything, but it does everything satisfactorily. As such, it is considered a good first twin for a pilot moving up from single-engine aircraft, yet it is still sophisticated enough for more experienced pilots and for business use for some small and medium-sized companies.

It should be noted that these days it is often said that the market for piston twins is finished. It is true that pilots often move from single-engined aircraft straight to small jets when they are in the market for something faster and more sophisticated. Indeed, Cessna and some other manufacturers have stopped making piston twins altogether.

But nevertheless, this statement is not entirely true. The market for piston twins has always been fairly small, and it is true that it has decreased substantially in recent years.

But the demand is still there and holding steady. And the Seneca takes up a fair chunk of it. Piper’s optional known-icing package is an important draw, for it enables the Seneca to fly in various northern states in difficult winter conditions. And other modifications are possible, including incorporating some very sophisticated instrument packages.

Leaving aside the issue of difficult flying conditions, the Seneca is also a good first twin for a pilot who has only flown single-engined aircraft. It is relatively easy to convert to if you have been flying an Arrow, or any other Piper single, or any similar piston single-engine aircraft.

It is fairly easy to fly and is easy to land as it can be flown quite slowly on short final. It is even sometimes used as a trainer and is forgiving enough for this to be viable and safe. Overall most owners of all types and abilities are very happy with their Senecas and looked at overall, and it is easy to see why. 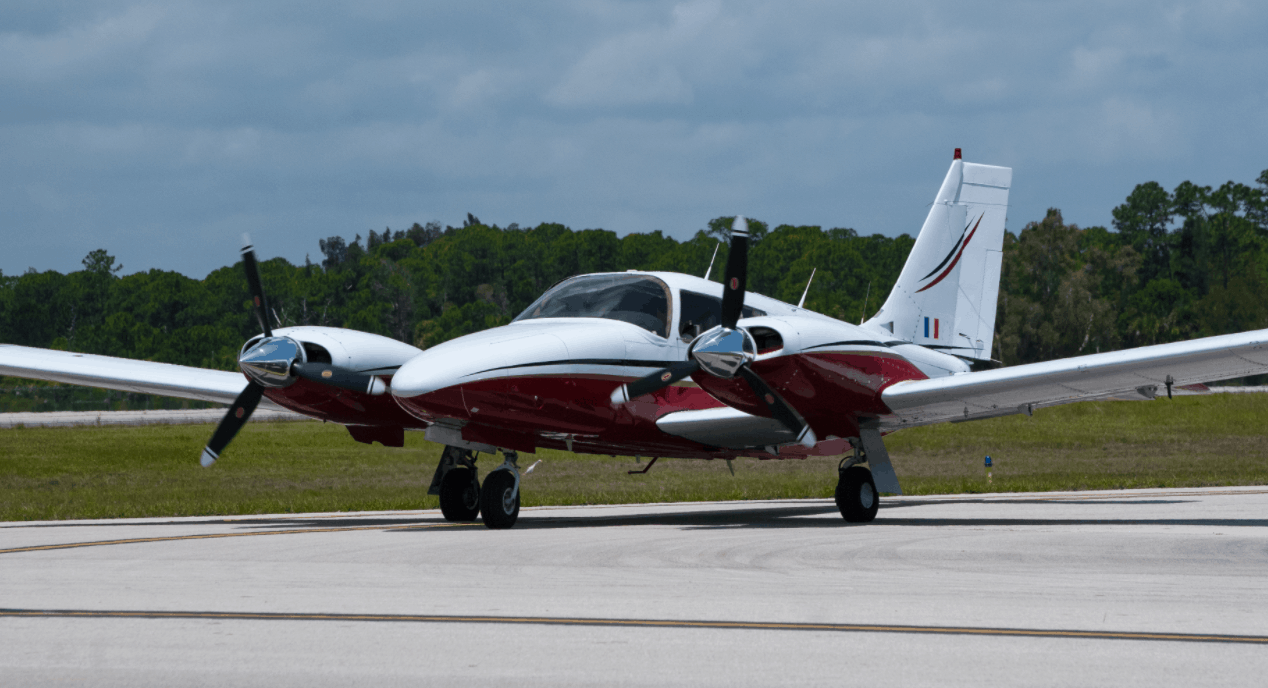 Piper’s website gives details on where you can find servicing and maintenance throughout the US. Piper offers a warranty on all new aircraft for six months from the date of the first retail sale.

Maintenance is fairly easy to find wherever you are based, as the aircraft is still being built. As well as Piper itself, the Piper Owner Society is able to offer advice. Most owners seem able to find mechanics who are able to do almost any type of work required on any version of the Seneca.

There have been quite a number of different versions of the Piper Seneca since its inception in 1971. The first one was the PA-34-200 Seneca, introduced in late 1971 as a 1972 model and powered by two  Lycoming IO-360-C1E6 engines. A total of 934 models of this type were produced.

Next came the PA-34-200T Seneca II, produced in 1974 as the 1975 model. This was modified in response to complaints about the original Seneca’s handling and incorporated changes to the aircraft’s control surfaces.

It had enlarged ailerons, a new rudder anti-servo tab, and other improvements. It was powered by two turbocharged, six-cylinder Continental TSWIO-360E or EB engines for better performance, especially at high altitudes. A total of 2,588 Seneca IIs were built.

The PA-34-200T Seneca III came along at the end of 1980. The engines were upgrades for much-improved cruise and climb performance. The new aircraft also had a one-piece windshield and a bare metal instrument panel. More than 930 Seneca IIIs were produced.

In 1994 along came the PA-34-220T Seneca IV. It included minor improvements, such as a streamlined engine cowl for better cruise performance. There were a total of 71 examples of this model built.

Finally, we have the PA-34-220T Seneca V, the current version. This was certified on 11th December 1996 and put into production in 1997. The cowls had been redesigned again for even better performance, and there was also an improved engine variant.

In addition to the above, if you buy a new Seneca V from Piper, various upgrades are possible for different pilot requirements. You can specify different instruments, such as various types of GPS or weather radar, air conditioning, or several other modifications. Indeed, it is possible to design a new Seneca V almost exactly how you want it. 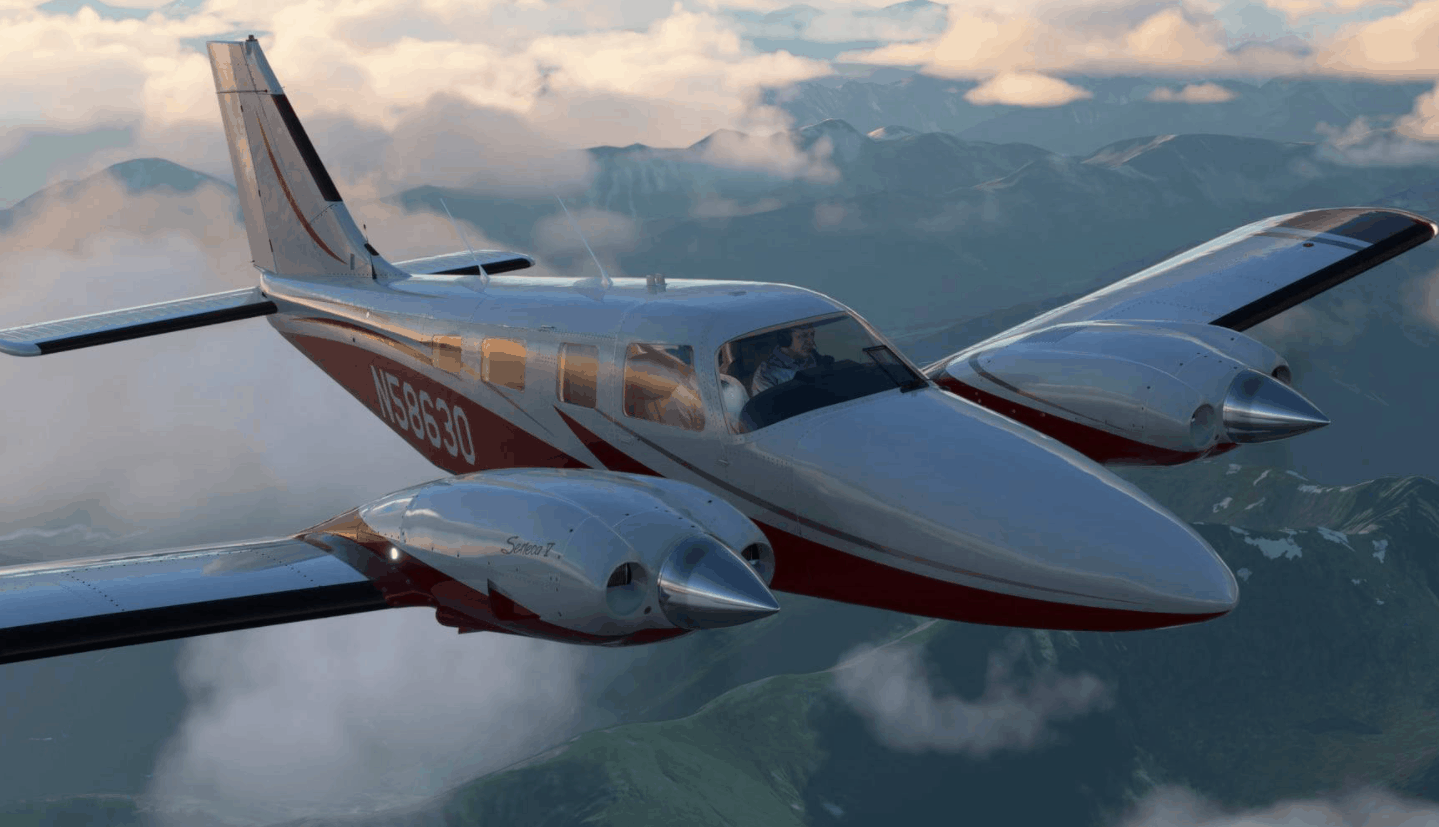 Early Senecas had heavy handling and problems with pitch stability. This was improved with the later models. The engines also vibrated badly, although this too has now been improved.

A frequently quoted comment in aviation is that the only purpose of the second engine in piston twins is to fly you to the crash site in the event of engine failure! While there is a certain amount of truth in this, the fact is that there have been relatively few accidents among low-hours Seneca pilots.

Perhaps the main argument leveled against the Seneca is that it does nothing extraordinarily well. It’s not extremely fast or a great joy to fly, and it does not stand out visually on the ramp, for those who care about such things. However, it does many things well enough to be liked by most owners.

However, if you own an aircraft as expensive as a Seneca, you are likely to want to include hull insurance, so this fact is perhaps a little academic. It might be a little cheaper for pilots with a great deal of experience or qualifications beyond a private pilot’s license. Indeed, some insurance companies have been known to refuse to insure relatively low-hour pilots who own twins.

But insurance companies vary, so do shop around. In fact, insurance companies differ fairly drastically in their requirements when it comes to pilot qualifications and experience, so you should be able to find something if you look hard enough, whatever type of pilot you are.

The resale value of a Piper Seneca depends to a large extent on how old it is, as you might expect. An old Seneca from 1972 could retail for around $35,000, which is less than the price of many basic single-engined aircraft. One source commented that prices are actually all over the place, so it is very hard to generalize about the resale value of any particular Seneca model.

Despite questionable one-engine performance and a few other reported problems, most owners are very happy with the Seneca. Many pilots move on to the type as a first twin and end up keeping it for many years. It is often reported as being a good all-rounder and a great family airplane. Here are some of the things owners say about it…

“I moved up from a Piper Cherokee Six-300. I was looking for something with similar efficiency and load-carrying capability, and the Seneca, properly equipped, fit that bill for my family of five and our dog. I think we have all heard and read the conversations about the additional security (or lack thereof) of twin-engine operations. Clearly, all pilots, especially twins, will want to maintain currency. While the Seneca is a step up from a fixed-gear single, it was an easier transition than I expected.”

“Overall, my Seneca I has been a great family airplane that I am always praising. I would only improve on two things: more horsepower from the engines—which will help the single-engine performance—and more alternator output to keep up with the increased electrical demands of a panel full of avionics.”

“The Seneca III provides comfortable, confident, generally reliable 200-MPH transportation for four with bags, in most weather, at about $350 per hour (moving cost only). My family and I have been absolutely delighted with it now for 34 years.”

There was a time when Piper, Cessna, and Beechcraft all built similar piston twin-engined aircraft. However, Cessna has abandoned piston twins, although secondhand models are still available. And Beech only produces one – the Baron.

When looking at other Piper twin aircraft, the Aztec and Comanche (now discontinued) are both fairly similar, with the Comanche being faster and the Aztec a little roomier. There is also the Piper Seminole, which is still being built. Other aircraft you might want to consider are the Diamond Twin Star, Tecnam P2006T, and Vulcanair P68. Here are the most common types of aircraft that you should you know.

The obvious first club for a Piper Seneca owner or pilot is the Piper Flyer Association https://www.piperflyer.org. There is also a Piper Owner Society. https://www.piperowner.org  Many owners also join AOPA, the Aircraft Owners anPilotss’ Association, which represents private pilots of all types. There is also a ‘Piper Twins’ group on Facebook. You may also be able to find local and regional groups, although it could be more difficult than for the more common single-engined Piper Aircraft.

Question: How much does a new Piper Seneca cost?

Question: How fast is a Piper Seneca?

Answer: The Top speed of a Piper Seneca is 378 km/hr

Question: I have never flown a twin-engined aircraft before.  Would a Piper Seneca be a good first twin for me, or would I have problems learning to fly it?

Answer: the Seneca is generally considered to be an excellent first twin for a pilot.  It is said to be easy to convert, too, particularly if you have been flying any other Piper single-engine aircraft.  It is reported as being fairly easy to fly and not difficult to land.  However, you would, of course, need to undertake appropriate training before flying it alone.

To summarise, the Piper Seneca is a good, reliable, easy-to-fly piston twin-engined aircraft. It is not outstandingly good in any respect, but it has no vices or real problems. Pilots like it as a first twin or to use for leisure or business use. Several small and medium-sized companies also use it, and as a six-seater, it is fairly roomy.

Although many say that the market for piston twins is finished, this has not proved to be the case. Aircraft like the Piper Seneca V are still popular, and they seem likely to carry on being produced and flown for many years to come. You could do far worse than to buy one!

Piper Saratoga Guide and Specs [2021]: Is It A Reliable Aircraft?

Piper Arrow Guide and Specs [2021]: Is It High Performance?