A sight that quickens the heart of any true pilot is a rag-and-tube taildragger taxiing out onto a mown field on a sunny day—a real trip down nostalgia lane for us grey hairs. The Piper Pacer is one such aircraft to stir the senses.

Manufactured by Piper between 1949 and 1964, the Pacer family is a high-wing, strut-braced single-engine configuration aircraft that consists of the four-seat Pacer, Tri-Pacer, and the Caribbean, and the two-seater Colt.

Another Piper success story, those 15-years saw almost 13,000 of the Pacer family roll off the production line. The Tri-Pacer outstripped its siblings, with almost 9,500 built, the Colt followed with 2,200, and the Pacer with 1,120.

A large interior, sturdy airframe, and attractive cruise speeds attracted customers, including flaps, control yokes instead of control sticks, and separate doors for passengers and pilots.

In its first four years, the Pacer emerged with three different engine options. Launched with the 125 hp Lycoming O-290-D series, the Lycoming -C1 and -D2 series followed quickly at 115 and 135 hp, respectively.

In late 1950, Piper produced a variant on the Pacer called the Pa-22 Tri-Pacer, named for having a tricycle undercarriage rather than the conventional taildragger configuration.

A more pejorative term used was ‘the flying milk-stool’ due to the angle and appearance of the landing gear nose leg. As with the Pacer, three years of Tri-Pacer production saw four engine options produced ranging from 125 hp up to 160 hp. All four options used Lycomings from the O-290 or O-320 series.

The Caribbean was Piper’s attempt at a cheaper and less well-specified Tri-Pacer fitted with the 150 hp Lycoming O-320-A2A. Production of this variant only occurred between 1959 and 1960.

In 1960, Piper scrambled to bring a two-seat version of the Tri-Pacer to market to compete as a two-seat trainer against the Cessna 150. Called the Pa-22 Colt and powered with a 108 hp Lycoming O-235, the two-seater resembled the Tri-Pacer but without the flaps, rear-seat windows and doors, and the second fuel tank.

The Pa-20 and 22 series success are measured in quantity built, yet also in the numbers still flying today, with many used worldwide by recreational pilots as bush planes. 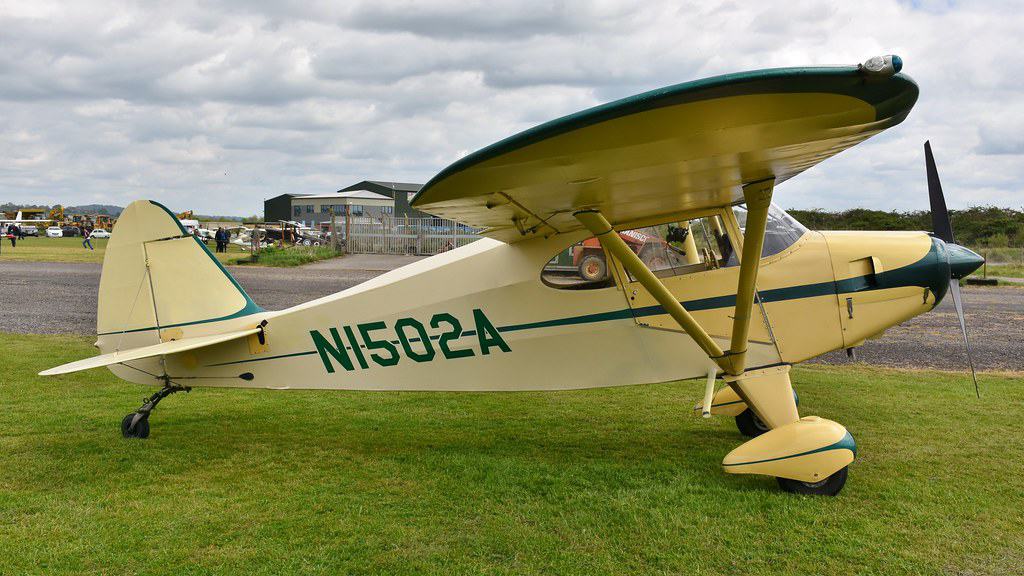 I’ve seen them sell for $US28,000 with TTAF of just over 3,000 hours and mid-life engines, to near US$37,000 for an immaculate example, heavily modified, with a newly overhauled engine.

Owners and test pilots all describe the Pacer with similar adjectives. Lively, sensitive, good in the climb, and one of the more docile stall characteristics you’ll find on an aircraft; however, it’s decidedly skittish on the ground due to its short fuselage, short wing, and narrow main wheel track.

Newcomers to the Pa-20 will have to learn to use their feet again, as the Pacer doesn’t have differential ailerons and with the short-coupled fuselage, expect considerable adverse yaw in the roll until you find your feet. Piper did fit a bungee between the aileron cabling and rudder cabling to assist with this issue.

Thanks to that short wing, when you cut the power, the aircraft does drop, so maintaining a trickle of power into the flare prevents undercarriage maintenance bills, or embarrassing arrivals. 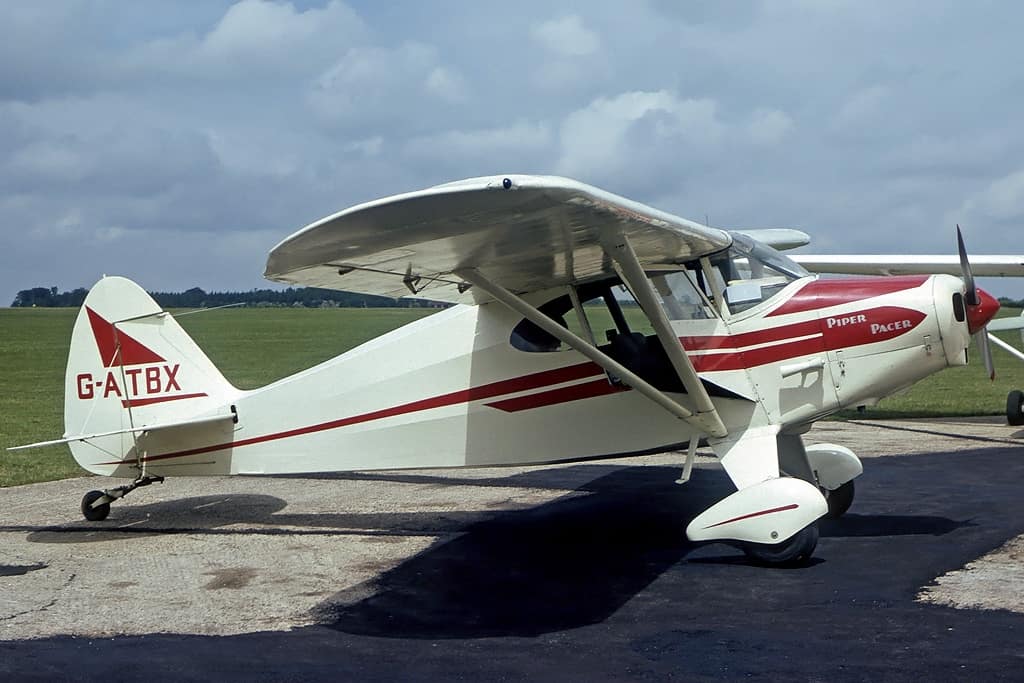 Here’s one aircraft where maintenance costs are not prohibitive, a testament to a sturdy and straightforward design. If there’s one area to watch, it’s corrosion in the airframe tubing.

The Pacer seems prone to corrosion in the tubing around the doors, the aft fuselage longerons, and the tail structure. Annual inspections are straightforward and inexpensive, as are the 100-hour maintenance inspections.

The main AD of note is AD 99-01-05, which supersedes AD 93-10-6. The requirement is to inspect the wing struts and the wing strut forks. The first for corrosion, the second for cracking.

Periods are annually for strut inspections, accompanied by the application of rust inhibitor. The crack inspection is every 500-hours, with a fitting replacement life of 2,000-hours. The new fittings have rolled threads rather than cut.

Myriad is the only word to describe possible mods and upgrades. Loved by the bush pilots, the Pacer has many choices depending on your use.

Svenn’s Aviation in Wisconsin and Trimmer Aviation in Alaska hold STC’s to install 180 hp Lycomings to the Pacer.

Pa-20 Where To Find Replacement Parts

According to owners, parts for the Pacer are not an issue. Many are generic, off-the-shelf components supplied by Aircraft Supply or Preferred Airparts. When parts are Pa-20 specific, Univair Aircraft Corporation has everything you need for the airframe in Colorado.

We’ve spoken of the lift-strut AD and an owner’s ability to fit a sealed strut to remove the maintenance requirement. That aside, the airframe corrosion issue is one to watch and is exacerbated by the long-life we now get from the Ceconite, Polyfiber, or Superflight cloth now used to cover aircraft.

Given the exceptionally long life of well-looked-after fabric, many corrosion problems are hard to identify. Some owners insist on aircraft recovers every 10-years to ensure airframe integrity, even though the fabric will endure beyond that period. 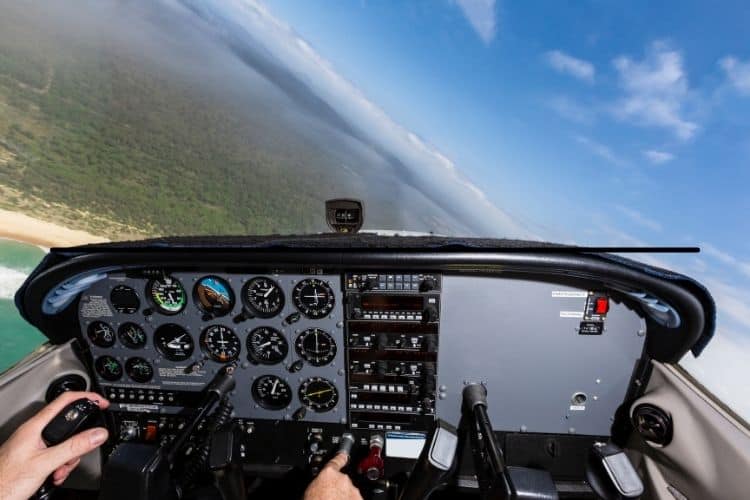 Eight aircraft-related factors are influencing Pa-20 resale. They are:

These eight items are all within the owner’s control and make a considerable difference in the final asking price. With that said, however, the Pa-20 has maintained its value extraordinarily well. In 1950 it was worth US$3,795, and with asking prices today between US$20,000 to US$30,000, the aircraft has not lost much if any value.

It must be one of the cheapest four-seater aircraft on the market today, providing low operating costs, outstanding short-field performance, benign flight characteristics, and acceptable cruise speeds. On top of that, it’s just the nicest little aircraft you could hope to own.

Owner reviews are consistent that the Pa-20 is a low-cost, practical, and fun aircraft with excellent fuel economy, speed, and load-carrying capability. All mention the aircraft’s quirks, such as the need to maintain power into the flare else the landing becomes an arrival.

The fuel system got a special mention due to a strange routing from the right tank. Failure to have the correct tank selected at certain stages of flight can cause the engine to go suddenly quiet. STC’s abound to fit a different fuel selector, which solves the issue.

Most have changed out the old drum brakes with discs, and all speak of the hand-operated brakes and flaps as something with which to get familiar.

All issues, however, are not seen as show stoppers; instead, they are items about which potential owners should be aware. 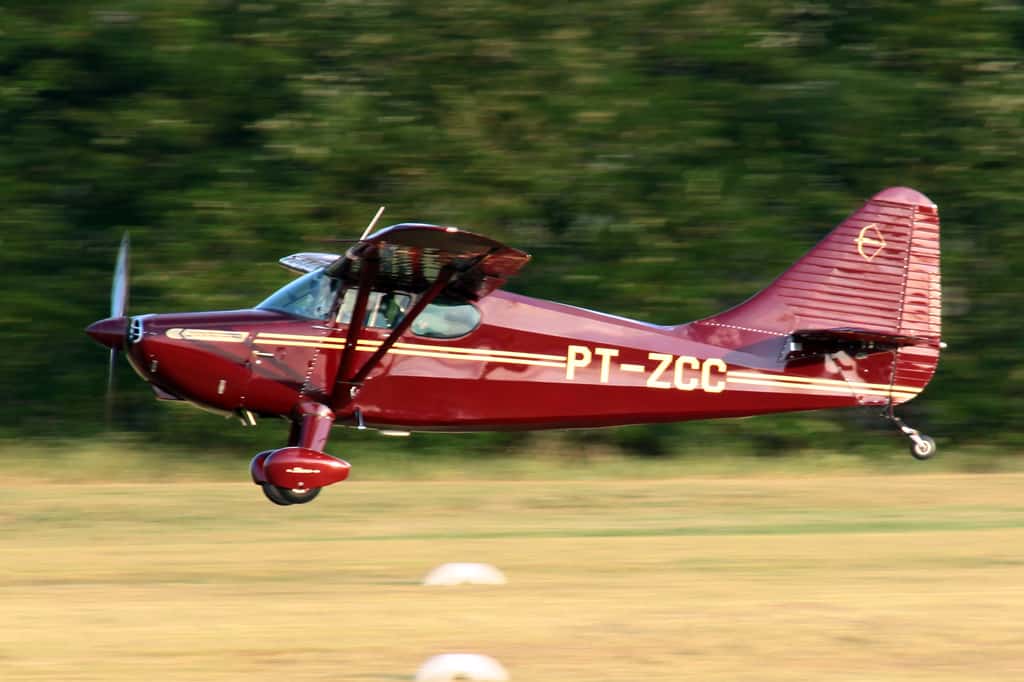 The two aircraft considered comparable in terms of age, construction, and performance are the Cessna 170 and the Stinson 108. Both are capable bush planes with similar specifications, although cruise speeds can be lower than the Pa-20.

The purchase price is the other differentiator. Both aircraft are more expensive to purchase than the Pacer, with some of the second-hand Cessnas being three times the price of the average Pa-20.

Each aircraft is similar to the Pacer in having a significant owner and user group, with many modifications to enhance short-field operations or address individual quirks.

Pa-20 Clubs You Can Join

There is no question that if you own a Pa-20 Pacer, you must join the Short Wing Piper Club found at https://www.shortwingpiperclub.org/. With chapters across the US and Canada, the knowledge and support offered to owners is second to none.

Question: What is a Rag and Tube, or Fabric-Covered Aircraft?

Answer: The aircraft fuselage is constructed of steel tube, with a tightened or shrunk fabric covering, which is sealed and painted.

Question: What Does Service Ceiling Mean?

Question: What is The Meaning of the Term TBO?

Question: To What Does TTAF Refer?

Question: What are Longerons?

Answer: Longerons are the load-bearing component of, in this case, an aircraft fuselage structure. They run longitudinally from the nose to the tail of the aircraft.

Their role is to transfer the stresses and loads from the skin to the frames and formers of the larger fuselage structure. They are also found in wings but run spanwise, from tip to root.

Answer: An STC refers to a Supplemental Type Certificate. An STC is an approved modification to an aircraft, engine, or component. All aircraft, engines and components have type certificates that approve their use. That is why an approval to modify them is classed as ‘supplemental’.