If you fly, you know of Cessna aircraft, and you certainly have heard of the Cessna 150. You may have even flown in one, or at least aboard its younger brother, the Cessna 152. Pilots love the 150 for its simple handling, owners adore the easygoing maintenance, and the low fuel consumption makes it easy to get behind too. With a total of 33,000 units built, the 150 has remained a favorite among students, instructors, and joyriders, a testament to its timeless qualities.

Throughout its production run from 1958 to 1977, the Cessna 150 went through sixteen variants, including two manufactured exclusively by the now-defunct French firm Reims Aviation. Owning in part to the aircraft meeting and in places exceeding its design targets, the changes between variants did not affect performance in a significant way.

This is illustrated when comparing three representative models spanning almost the entire Cessna 150 production – the 1959 baseline Cessna 150, the 1968 Cessna 150H, and the 1977 Cessna 150M, the last variants produced by Cessna from 1974 until the end of the family’s run.

While Cessna’s 172 families transitioned to Lycoming engines after its initial contract with Continental ran out, the 150 series were all equipped with Continental engines. Most models had the Continental O-200-A, a four-cylinder, air-cooled carbureted engine with 200 cubic inches of displacement capable of generating 100 horsepower. At the front of the aircraft is a 2-blade metal fixed-pitch propeller by McCauley. 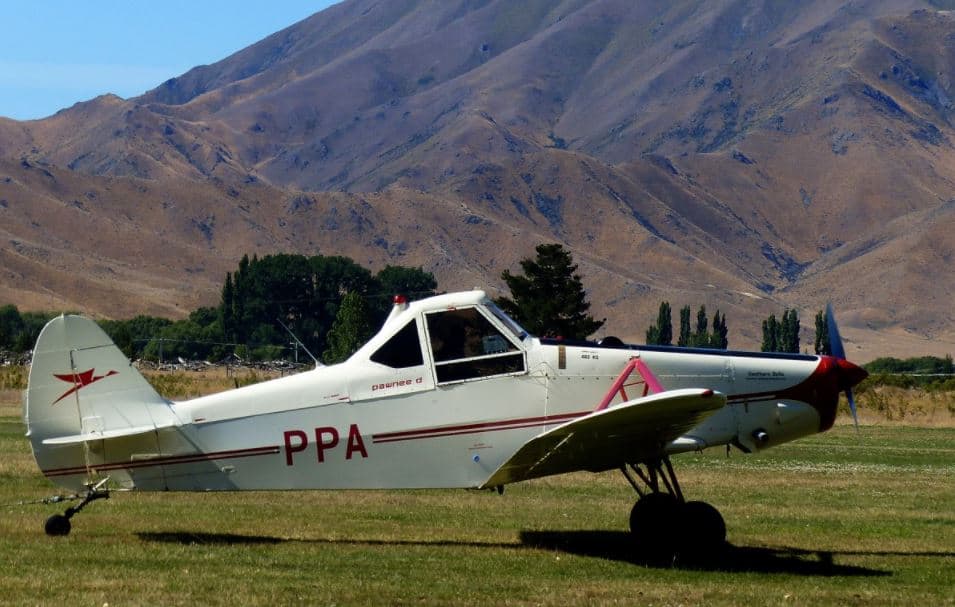 All variants had the same fuel tank arrangement, with a baseline capacity of 26 gallons. Cessna offered long-range tanks that expanded this to 42 gallons on the original model, which was reduced to 38 from the Cessna 150H onwards in exchange for crew comforts. The engine runs on a fuel of 80 octanes or higher.

The Cessna 150’s original Vne (do not exceed speed) was 136 KCAS, which was improved to 141 KCAS on follow-up variants. Many other parameters remained the same, however. The family’s cruise speed is set at 104 KCAS. Stall speeds are 48 knots clean and 42 knots in landing configuration, a stark difference from the Cessna 172 family, where it had significant changes over the years. The Cessna 150 has the best climb rate of 670 feet per minute.

The Cessna 150 is a high-wing, single-seat airplane with a tricycle landing gear configuration for greater visibility during landing. In addition, it has a steerable nosewheel for improved ground handling. It was designed as a trainer from the onset and aimed to replace the taildragger Cessna 140 in that niche.

The light wing loading makes for good maneuverability but also educates the pilot the hard way about aileron positioning with crosswinds present. This wing loading, combined with the high wing position and tricycle gear, makes the Cessna 150 a joy to the land.

A common complaint in terms of handling is the rather sudden onset of stalls and spins. Unlike other aircraft, the Cessna 150 does not provide the pilot with noticeable buffeting as it approaches a stall, skipping straight to dropping the left wing.

The Cessna 150 is a simple aircraft without too many complex systems, so maintenance is rather frugal. Most estimates have regular maintenance costs between $15 and $30 an hour, depending on how often the aircraft is flown.

Due to its longevity in service, the Cessna 150 family was the target of many supplemental type certificates (STC), modifications aimed at improving certain aspects of the aircraft either for flight safety, comfort, or specialist use. The most common found in aircraft available for sale concern improvements to the fuel management system, which in the original Cessna 150 was limited to an ON/OFF switch.

Troubles with Continental engine part supplies over the years have led some operators to replace the reliable O-200 with the equally capable but cheaper to service O-235 series by competitors Lycoming, a standard fit on the Cessna 152 series. Another common powerplant modification involves changing the propeller, with some options helping provide up to 125 hp instead of 100 hp.

Operators who wish to fly the Cessna 150 as a STOL plane has modified their landing gear arrangement to a taildragger configuration, incorporating reinforced main struts and larger low-pressure wheels that make it fit for bush flying.

Cessna 150 – Where to Find Replacement Parts

Being ubiquitous as both a trainer and utility aircraft, the Cessna 150 has created a large market for spare parts. Owners can service their aircraft at most shops in either the United States or abroad, which extends to some modifications that have almost become standard among the airworthy 150 fleets today.

One of the reasons for the Cessna 150’s popularity is that it had a smooth introduction and aged gracefully: most 150 models flying today under owners who observe normal maintenance protocols enjoy a high availability rate combined with low maintenance costs. However, like any other aircraft, it is not entirely flawless.

Most issues experienced by operators have arisen when the aircraft is employed as a trainer, as that combines flight hours above the average for a utility owner plus the inherent additional wear associated with having new pilots at the commands. A classic sign of wear on Cessna 150s used at flight schools is the wrinkled firewall, a mark left by accumulating hard landings from budding aviators who were still coming to terms with flying.

Careless ground handling has been found at fault for certain cracks in the horizontal stabilizer’s spar. The standard procedure to turn the aircraft’s nose on the ground is to gradually apply force on the very inboard section of the stabilizer or the empennage, then steer it around. The cracks occur when the pilots suddenly apply force to the stabilizer, particularly the far end of it, to bring the aircraft about quicker.

A common complaint that is not necessarily a Cessna 150 problem but is also present on it is the infamous Cessna seat track. The seats are unusually prone to sliding back due to defective or poorly designed seat locks and rails. While this issue may seem trivial, it has caused numerous crashes, leading to millions of dollars being paid in lawsuits. The crashes happen during take-off or landing when pilots get caught by surprise by their seat sliding and instinctively hold onto the first thing they can find – the yoke, most of the time. The elevator is actuated all the way back, which usually results in a stall with no time to recover at low altitudes and speeds. 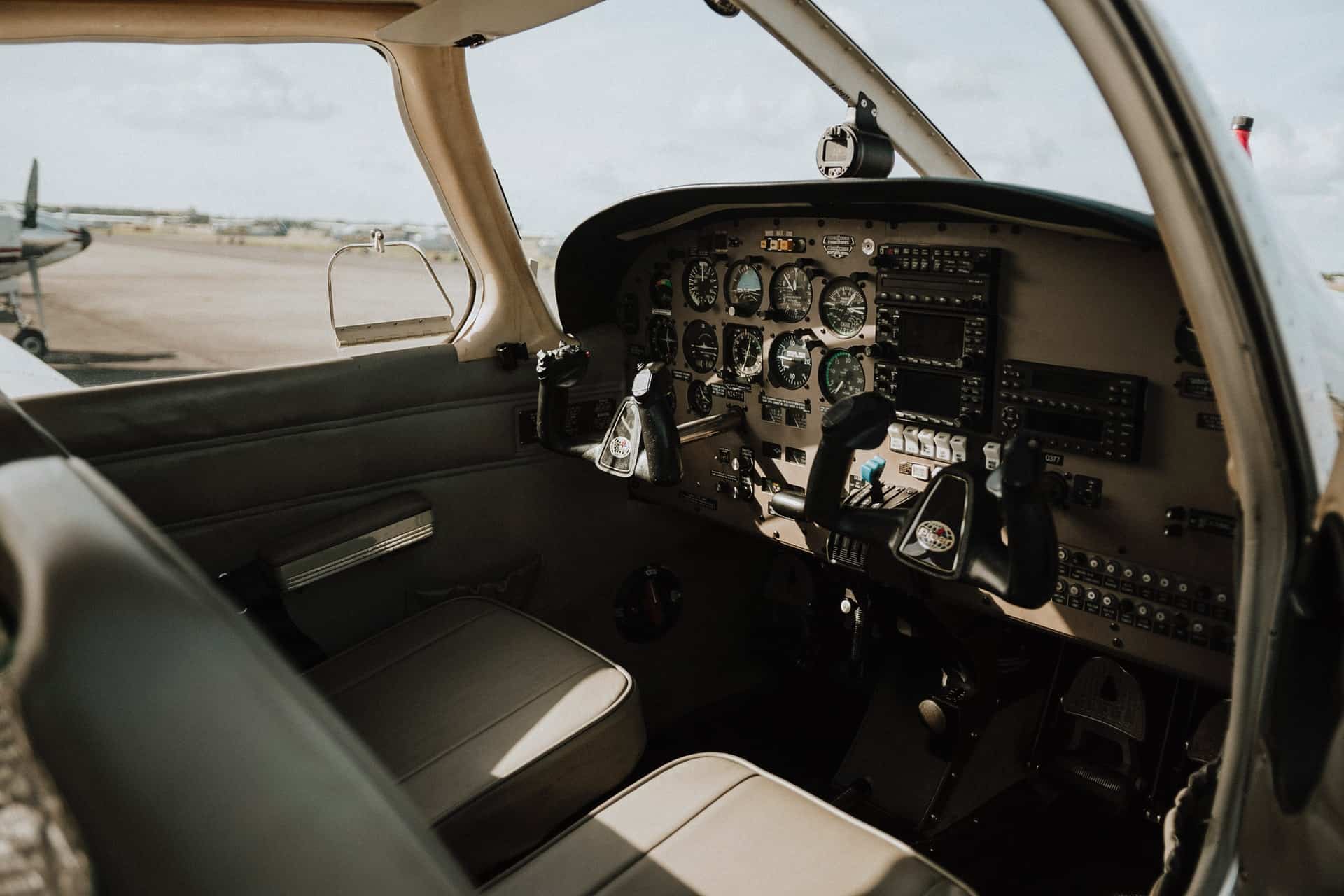 The result of this was an airworthiness directive issued in 2011 which applied to nearly all high wing Cessna aircraft. AD 2011-10-09 mandates 100-hour inspections to both the seats and their rails, including full removal and measurement of wear on key areas. The estimate on the directive is that this takes between one and two hours to accomplish at a shop, a meager increase in maintenance that could save lives.

A 2009 airworthiness directive also requires that a Cessna-built rudder stop be installed, or the aircraft be prohibited from “intentional spins and other acrobatic/aerobatic maneuvers” by inserting a placard with this in clear view of the pilot. During training against spins without the rudder stop installed, the FAA found that it was possible to move the rudder to a point where it would impact the elevators and potentially cause a crash if both were damaged.

Its simplicity and reliability have made the Cessna 150 an insurance-friendly aircraft, even among its class. Depending on the kind of coverage required, insurance for a 150 series will usually tally between $225 and $790 a year.

Despite serving similar purposes to the Cessna 172, the 150 families has consistently been cheaper to acquire in the used market. It is possible to find aircraft in good condition for as low as $20,000, with modified or extensively modernized ones able to fetch $30,000. The price bracket is rather wide, with some low-hour airframes going up to $80,000.

The consensus among Cessna 150 owners is that the aircraft is perfectly enough. It is spacious enough to fit pilots of most builds, even bigger or taller ones, with acceptable degrees of comfort for training flights. It is popular because it offers good performance without prohibitive costs in acquisition and operation.

Spare parts for it are abundant in the market, there is very little unplanned maintenance to worry about, and the engine has relatively low consumption, which puts it very close to ‘as cheap as it gets for owning an aircraft. The two-seater configuration is not ideal for someone wanting to fly the whole family out on holiday. Still, for someone learning to fly, giving out lessons, or just enjoying joyrides, be it alone or with a passenger, it is hard to beat. 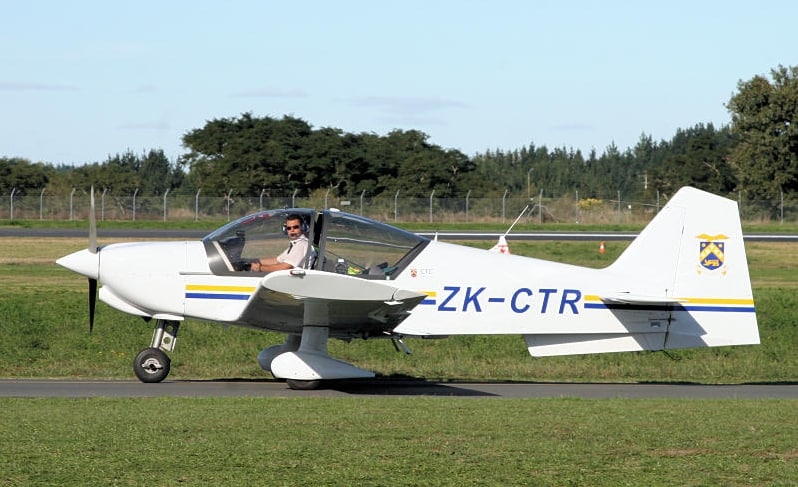 The Cessna 150 fills a niche that is also serviced by the Cessna 140, Cessna 150, and Cessna 170. Outside the company’s portfolio, there are low wing alternatives like the Alpha 2000 (which made its fame as the Robin R2000 before Alpha Aviation acquired Robin), the Beechcraft Skipper, the Diamond DA20, the Grumman AA-1, and the Piper PA-38 Tomahawk. Cessna tried to replace the Cessna 150 with the 162, but it did not work out in the long run for reasons outside the scope of this entry. A similar high wing offering is the Symphony SA-160, which enjoyed a short production run from 2001 to 2006.

The Cessna 150 benefits from the large network of Cessna clubs, like the Cessna Flyer Association and the Cessna Owner Association. While there may be other smaller ones that are a better fit for your needs, either of these is excellent starting points as a 150 owner.

Question: How many Cessna 150s were produced?

Question: Which engine does the Cessna 150 have?

Answer: Most models use a Continental O-200-A four-cylinder air-cooled engine.

Answer: No. Most variants have very similar aerodynamic performance and handling, making the transition between different units a breeze.

Question: How much does a Cessna 150 cost today?

Answer: A unit in good condition will cost between $18,000 and $80,000, depending on its state, modifications, and avionics suite.

Question: Is the Cessna 150 a good plane to learn in?

Answer: Yes. The Cessna 150 was one of the leading models during the 1970s General Aviation boom due to its low cost per flight hour and pleasant handling.

Question: How much does maintenance cost on the Cessna 150?

Answer: Around $15 to $30 per flight hour, depending on how often the aircraft is flown. Spare parts are also readily available across most shops.

Question: Can you customize a Cessna 150?

Answer: Yes. There are many certified modifications available for the Cessna 150 on the market.

Question: Does the Cessna 150 age well?

Answer: Yes, though certain user profiles, particularly those at flight schools, will wear down the aircraft faster.