As the story goes, it was 1960, and Piper was falling behind in Cherokee production generally and their emerging PA-28 Cherokee 140 trainer specifically. With Piper seeking to compete with the Cessna 150 trainer, a team assembled to discuss a strategy to quickly design a gap filler aircraft until the Pa-140 became available. At the end of a long day of arguing, Mr. Piper, who hadn’t said much all day, raised his head and directed that they were to make a two-place version of the Pa-22 Tri-Pacer. He gave them 3-weeks.

In that short time frame, it became design by elimination.  Taking the Tri-Pacer design, Piper removed the flaps and one fuel tank. The front door and windows remained, the rear door and windows were removed. The larger horsepower engine went, replaced by a Lycoming O-235-C series putting out 108 horsepower. Four weeks later, the aircraft was test flown.

Original suggestions were to name the aircraft the Pinto; however, Piper finally followed their Indian and Western naming convention and went with the Colt.

For an aircraft hurriedly cobbled together in 3 weeks, the aircraft was a standout success as a gap filler, selling almost 2000 aircraft during the short four-year production run.  On 26 March 1964, Piper shut down the production line bringing an end to all Pa-20/22 manufacture. The Pa-22-108 Colt was the last short wing aircraft to be produced, leaving only the Piper Cub in production.

The Colt originally sold in 1960 for US$4,995, which was almost half of the circa US$8,000 price of the Tri-Pacer. At that price, a Colt seems to have very much held its value. The average price today for a Colt is US$17,300, with the cheapest being US$10,000 and the most expensive US$26,000. You’ll find some converted to taildragger configuration or with 150hp engine conversions, but most are original. Airframe hours range between 1,700 and 6,500 TTAF.

It’s fair to say that the performance of the Colt doesn’t entirely blow your hair back, but as a low-cost shuttle to get you and a friend from A to B, it’s hard to beat. Load it up with two people, some baggage, and fuel, and the take-off roll can go on for a bit. Once in the air, the climb is leisurely, somewhere between 500 and 600 feet per minute. Yet, in the cruise, you’ll settle around 90 knots, sipping 6 gallons of fuel per hour. With the optional long-range tanks of 36 gallons, you’re looking at a decent 5-hour-plus range. Otherwise, you’ll get 2.5 hours of flying.

As with the Pacer and Tri-Pacer, you’ll need to use your feet a bit more than most modern pilots are used to if you want to counter adverse yaw. Also, the Colt is flapless, so bone up on your side-slipping technique.  With that said, losing height in a Colt is not difficult once you close the throttle. William K. Kershner, the one-time sales engineer for Piper, was asked the glide-ratio of a Tri-Pacer with the engine at idle and the flaps down. He responded that it approximated that of a grand piano pushed out of a third-floor window. While that’s mildly cruel, the Pa-20 and 22 families readily head for earth once you reduce power. One tip from owners is to use a trim-on approach to ensure you get sufficient flare to not plant the rather long and extended nosewheel first.

In-flight, the aircraft is stable and not bad in turbulence given the light wing-loading. As a trainer, it has few vices with mild stalls.

The aircraft can liven up on the ground when taxiing, particularly when windy, as it is short-coupled with a narrow undercarriage track. Gentle rudder pedal deflections and diligent control surface deflection will ensure you stay the right way up.

All who fly the Colt appear to love it. High performance it’s not, but with such low purchase and operating costs, you’ll struggle to find a comparable aircraft for an hour builder or as a weekender. 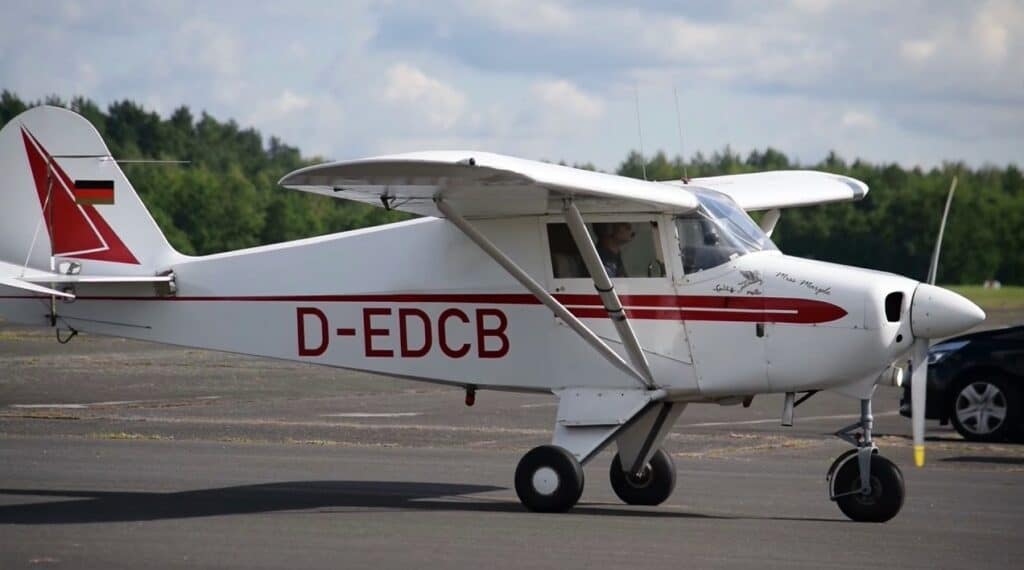 Maintenance costs are minimal on the Colt due to its simple and sturdy design. Annual inspections are straightforward and inexpensive, as are the 100-hour maintenance inspections. As with its sister Pa-22 Tri-Pacer, one problem to watch for is corrosion in the airframe tubing. Predominant corrosion areas are in the aft fuselage longerons and the tail structure. Corrosion is also found in and around the structure of the door.

Take note of AD AD 99-01-05, which supersedes AD 93-10-6. There is a requirement to inspect the wing struts and the wing strut forks. The former for corrosion and the latter for cracking. Inspections are annual for the strut, accompanied by the application of a rust inhibitor. The crack inspection is every 500-hours, with a fitting replacement life of 2,000-hours. The new fitting threads are rolled, not cut.

A popular modification is to replace Colt’s old and underpowered generators with new alternators. Another favorite is using STC-approved modifications to fit new disc brakes and replace the hand brake with toe braking. Often mentioned in Pa-22 forums are the Williams and Univair brake conversions.

Some owners choose to replace the 108 horsepower O-235 with either a 150 or 160hp Lycoming O-320, although this does require wing strengthening. Others have converted the Colt to a conventional undercarriage configuration, similar to the Pa-20 Pacer.

To address any issues with slow or no cranking when starting, Bogart Aviation in Washington, at https://bogertaviation.com/, provides a new battery box and cables.

Pa-22-108 Where To Find Replacement Parts

Finding standard parts is simple, with generic parts readily available at Preferred Airparts, Aircraft Spruce, and Aircraft Supply. However, for Colt specific parts, the name that most crops up in conversation is Univair. Univair specializes in vintage aircraft part supply, and they hold STCs for several modifications. You can find them at www.univair.com. 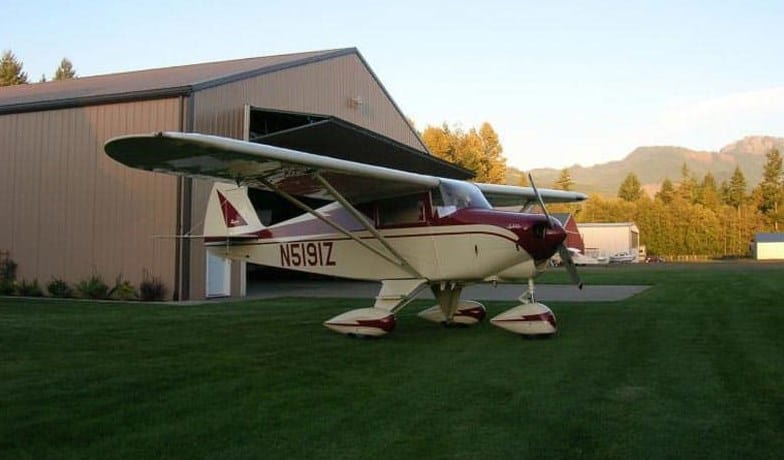 Unsurprisingly, the issues from the Tri-Pacer appear also in the Colt. We’ve mentioned the lift-strut AD as a well-known issue, but owners can fit a sealed strut to remove the maintenance requirement.

With the long life, we now get from the Ceconite, Polyfiber, or Superflight cloth covering rag-and-tube aircraft, close inspections of the fuselage tubes can be difficult. Airframe corrosion can be a concern on the Colt, and since some fabrics can last 20-years when adequately looked after, corrosion problems can be hard to identify. Some owners recover their aircraft every 10-years to allow a comprehensive airframe inspection to ensure airframe integrity, even though the fabric would have survived beyond that period.

If the insurance includes additional hull cover for US$15,000, the annual premium for the experienced pilot will be between US$390 to US$565 per year. In comparison, the lesser experienced pilot can expect to pay US$580 to US$790 per year.

Along with its siblings, the Pacer and Tripacer, the Colt must be one of the cheapest aircraft on the market today. It provides gentle flight characteristics, acceptable cruise speeds, and low operating costs. As a neighborhood tourer, an hour-builder, or just a fun Saturday circuit machine, you can’t beat the Colt for value.

Colt owners love their aircraft. Using only 6 gallons per hour of fuel in cruise, all mention the low operating costs of a well-looked after aircraft. The Pa-22-108 compares favorably with the performance of a similar age 150, with better load carrying capabilities. The main points mentioned are the benign flight characteristics, acceptable cruise speeds, and acceptable load carrying capabilities. All agree they are just great fun to fly. 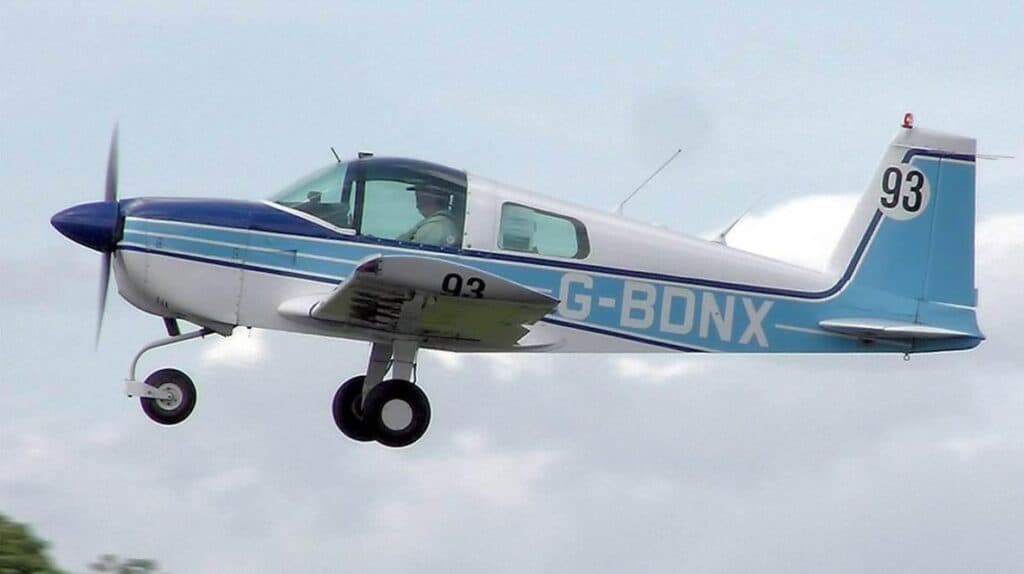 Two-seat trainers that might be compared to the Colt and are from a similar era are the Grumman American AA-1, Piper Cherokee 140, and the Cessna 150. Later aircraft include the Piper Tomahawk and the Alpha 2000.

If you want a knowledgeable and friendly club, there is only one club to consider as a Colt owner. The Short Wing Piper Club found at https://www.shortwingpiperclub.org/ has chapters across the US and Canada, while the knowledge and support offered to owners is second to none.

Question: What is a rag and tube or fabric-covered aircraft?

Answer: The aircraft fuselage is constructed of steel tube, with a tightened or shrunk fabric covering, sealed, and painted.

Answer: TBO means Time Between Overhaul, which is the manufacturer’s recommended running time before overhaul in hours or calendar time.

Question: What are longerons?

Answer: Longerons are the load-bearing component of, in this case, an aircraft fuselage structure. Their role is to transfer the stresses and loads from the skin to the frames and formers of the larger fuselage structure. They run longitudinally from the nose to the tail of the aircraft. They are also found in wings but run spanwise, from tip to root.