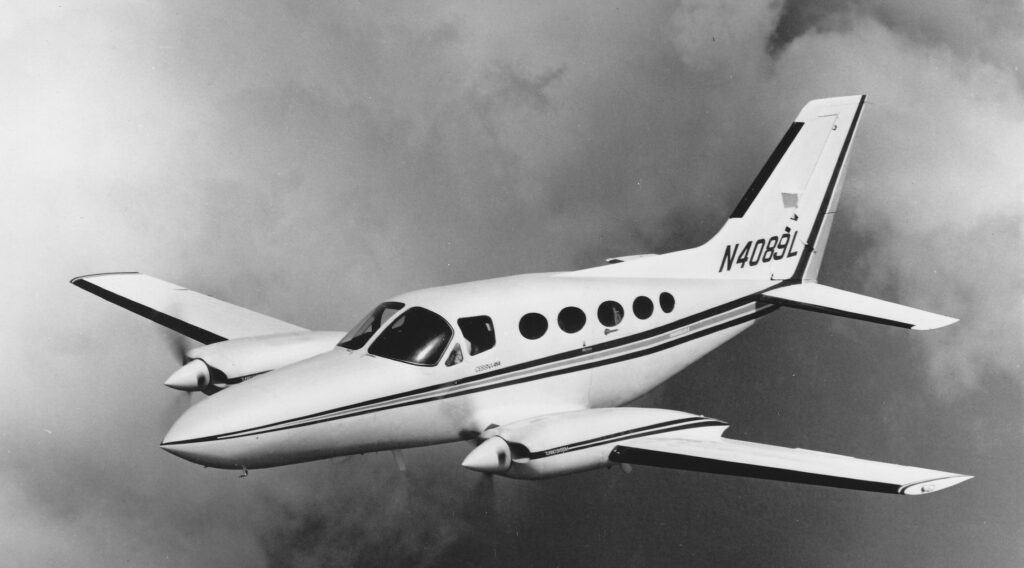 There was a time in aviation history when aircraft manufacturers were falling over themselves to serve a seemingly insatiable demand for executive-level light twin-engined aircraft. Reaching fever pitch in the 1980s, Cessna had positioned itself well for the demand, offering light twins for almost every conceivable subsection of the market.

The design of the Cessna 414 was to bridge the gap between their unpressurized twin, the Cessna 402, and their pressurized flagship, the Cessna 421. The new design used the same fuselage and tail as the 421 and the wing from the 402. Engines used were adaptations of the 300hp Continental TSIO-520s used on the 402. For the 414, the engines chosen were the 310hp TSIO-520-Js, with intercoolers and takeoffs for cabin bleed air pressurization.

Providing six seats as standard and an optional seventh, the aircraft appeared to private owners needing a comfortable long-range aircraft and corporate or charter organizations shifting people over short legs. With the same fuselage as the 421, the 414 was roomy with huge baggage space. Coupled with smaller engines than the 421, you had an economical transport that could carry a couple of passengers and baggage over 1000 miles or six executives to a day meeting two hours away.

Three significant milestones in 414 development took place in 1973, 1976, and 1979. In 1973 Cessna stretched the fuselage by 16 inches and added a fifth side window. The older 414s are known as the short-bodied models. Then in 1976, Cessna upgraded the engines to the newer -N series TSIO-520 offering a higher manifold pressure at 2700rpm, allowing the engines to maintain rated horsepower to 20,000 feet.

Other modifications in 1978 included a longer nosecone, a redesigned undercarriage system, and an extended wing without the earlier tip tanks.

With the first flight in 1968 and production in 1970, Cessna manufactured the 414 for 17 years, with almost 1100 shipped. While arguments rage today over whether the 414 or the 421 is the better aircraft, there’s no doubt that with the 414, Cessna produced a comfortable, roomy, and stylish aircraft for personal and corporate travel. 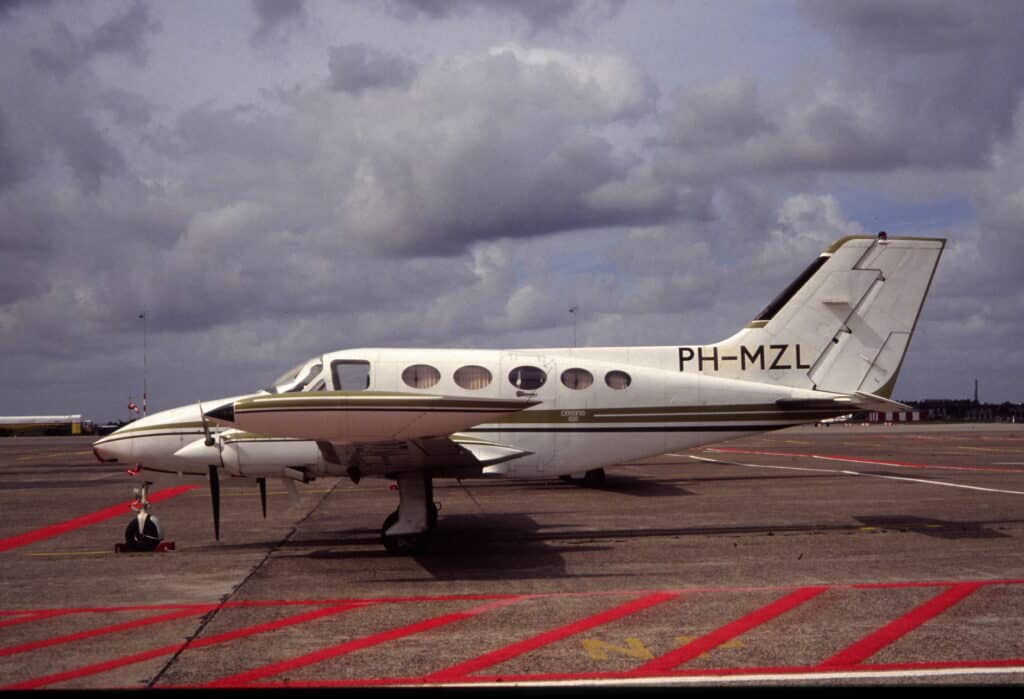 Most had the RAM VI engine conversion. The prices range from low-hour models with less than 4,000 hours TTAF, which are selling for just over US$385,000, while older aircraft from the early-1970s will sell for approximately US$150,000.

Cited as an excellent IFR platform, you’ll guess the control forces on the 414 are heavy and stable, yet a great design means only minor trim changes are needed when extending landing gear or flaps. Pilots love the 414 for the roomy cockpit, thoughtful systems layout, and good visibility. Passengers love it for space, comfort, and low noise levels. Oh, and the aft toilet.

Down low, performance is nothing to write home about, but get those superchargers working at altitude, and you’ll see some decent cruise speeds at acceptable fuel flows. Lightly loaded and at economic power settings, expect to get almost 1,300 nautical miles of range. That said, the aircraft is not a great load lifter, stack in the people, and they’d better have no baggage and be wishing to travel only short hops.

The main complaints seem to be an unnecessarily complicated fuel system requiring a distinct methodology for use. However, most owners report that after a few hours of flying, it requires little thought. 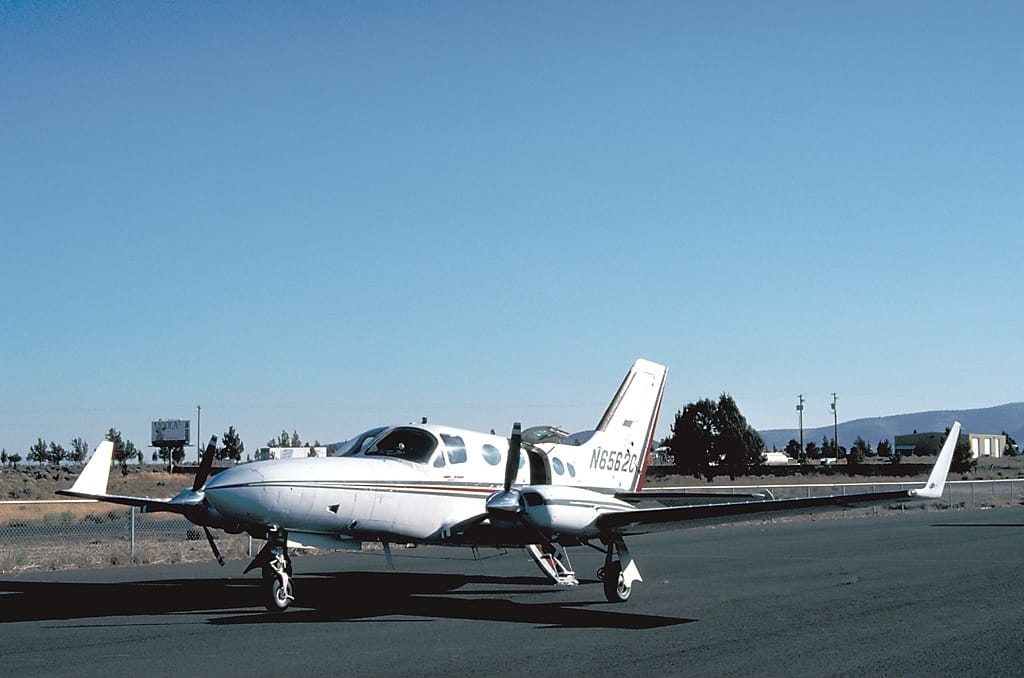 Given the age and systems on the 414, plenty of airworthiness directives need reviewing for compliance. Of note is AD97-26-16 requiring an X-ray inspection of the engine mount beams for fatigue cracking. If Cessna Kit SK414-19-1 is incorporated, the inspection is due every 9,600 hours. Otherwise, the periodicity is 1,600, or 200 hours depending on the mod state. Buyers should be looking carefully for compliance.

In the early 414s, the main landing gear webbing is prone to cracking, requiring extensive rectification. Also, corrosion on the engine frame rails is possible from exhaust leaks where the manifold exits into the turbocharger.

The 414 is a reasonably sophisticated, older, twin-engined aircraft, and if not managed and maintained appropriately, maintenance costs can spiral.

Engine and aerodynamic modifications abound for the 414. Arguably the most popular engine mod you’ll see on used aircraft is the engine upgrade to 335 hp offered by Ram Aircraft at www.ramaircraft.com. Take an early model 414 with -J engines and complete this upgrade to receive a 1600 hour TBO, up from the original 1400.

Given the popularity of the 414 series, it’s fair to say that if you need a modification, you can find it.

Cessna 414 Where To Find Replacement Parts

The Cessna 414 is an incredibly popular pressurized cabin-class twin, with almost 650 registered in the US alone. Therefore, finding parts to support the aircraft is not difficult. Preferred Airparts, based in Ohio, provide worldwide customers with surplus new Cessna original components and used parts from dismantled aircraft.

With the rise in FAA-PMA approved manufacturers, many have niched down to support a particular aircraft type and finding trim (knots2u, Texas Aeroplastics or AvFab), landing gear components (Robair Repair), or lighting (Whelen Aerospace Technologies or AeroLeds) for your 414 is not hard. The more generic components such as filters, wheels, tires, and brakes are off the shelf and stocked by large aviation suppliers like Aircraft Spruce & Specialty or Wag Aero. 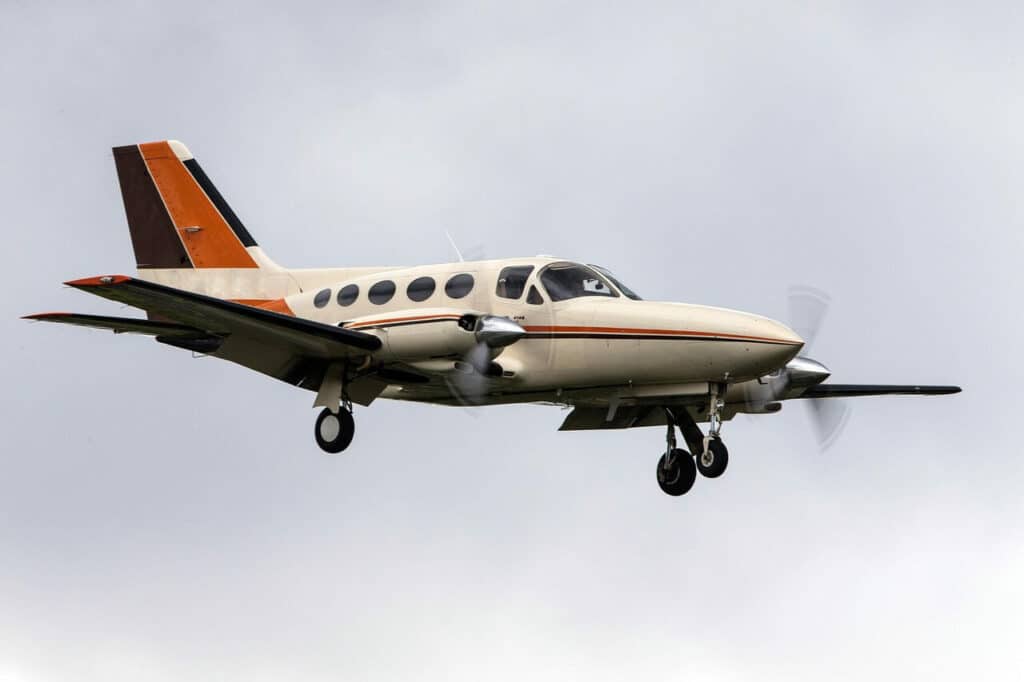 These terms are all within the control of the owner. If an owner has taken a ‘maintenance only as required’ approach to their aircraft, they can expect a far lower resale value. Those owners who try to operate an aircraft like the Cessna 414 on a shoestring are pursuing false savings.

The Cessna 414 is a high-performance aircraft requiring regular and comprehensive maintenance, and if looked after and regularly updated, the aircraft will hold its own on resale.

As we saw earlier, average prices sit between US$230,000 to US$280,000, yet highly modified and maintained aircraft command twice those figures. The 414 and 414A are popular aircraft with considerable numbers worldwide, and unless some economic or aircraft supply-side variable changes, you can expect your 414 to command a reasonable resale price from someone needing a serious, cabin-class, high-performance twin.

However, as aircraft age, they don’t get cheaper to own or operate, which the price will reflect. The 414 does have AD97-26-16 requiring consideration, and those aircraft requiring regular x-ray and ultimate installation of the service kit will necessarily command a lower price.

Owners speak of the 414s smoothness, stability, and ease with which you can trim the aircraft out. Top mentions include the true cabin class, reasonable cruise speed, and maintenance of sea-level pressure to 10,000 feet. Flight planning cruise speeds appear to be between 190 to 200 knots with 37 to 38 mph fuel consumption while operating cost per hour for most owners is sub-$400.

All speak highly of the 414 as a dependable aircraft offering a lot, including pressurization, for the price. 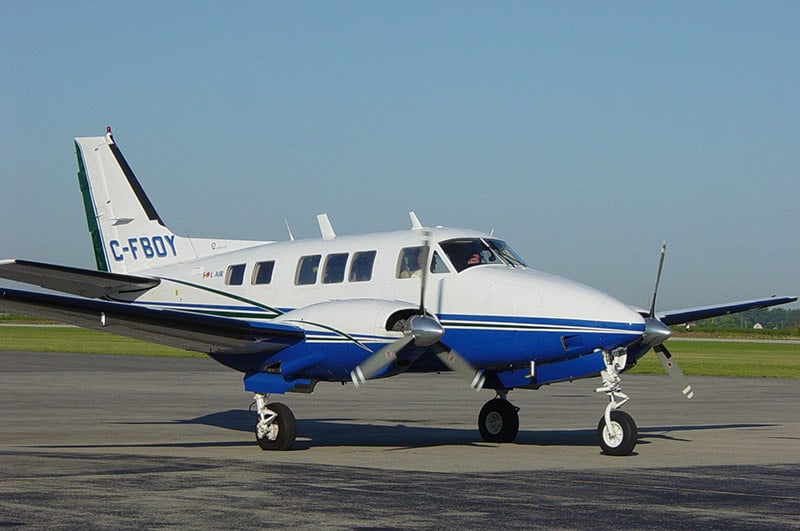 Cessna 414 Clubs You Can Join

Question:  What is the meaning of the term TBO?

Answer:  TBO means Time Between Overhaul, which is the manufacturer’s recommended running time, in hours or calendar time, before overhaul.

Answer: Wing loading is the total aircraft mass divided by its wing area. Faster aircraft generally have a higher wing loading as less area is required to carry the same mass. However, it takes a longer distance high wing loading aircraft to takeoff and land.