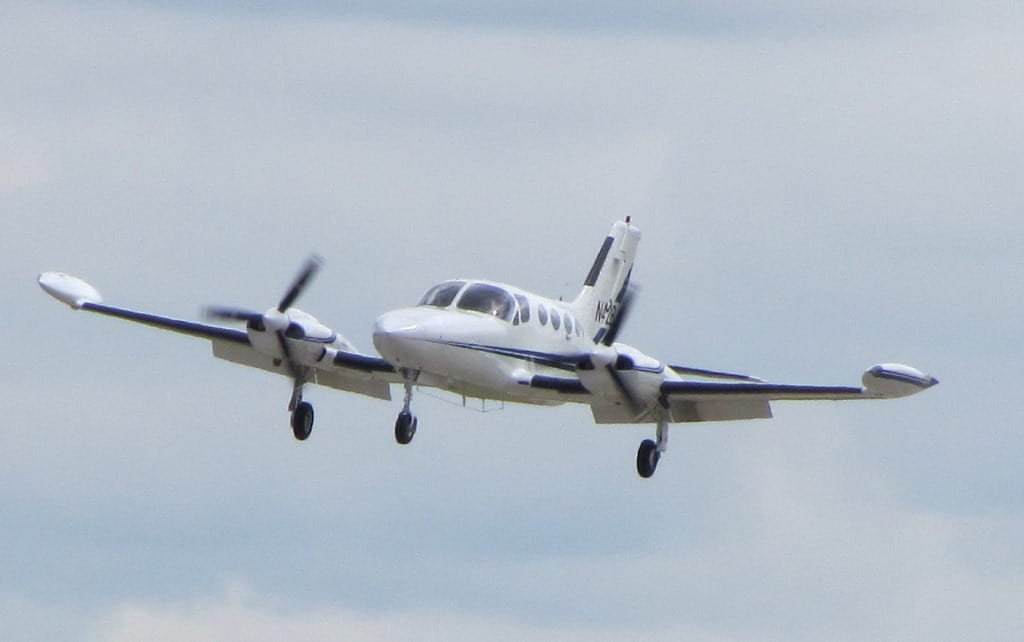 When a company sells 200 aircraft in its first year of production, you can be sure the money invested in the design development has been worth it. So it was in 1968 when Cessna introduced the first model Cessna 421, a design based on that of the Cessna 411. The company designed the aircraft as an alternative for those wanting a turboprop’s performance and load-carrying abilities but without the cash to fund them.

There are Cessna 310 hints in the design of the earlier 421, with electromechanical gear, bladdered ‘stabila-tanks’ on the wingtips, and a fuel capacity of 170 gallons. However, a series of upgrades followed, the first within 12 months of introduction. The 421A was introduced in 1969 with an increased gross weight of 40 lbs from 6,800 to 6,840 lbs, a 3-inch longer fuselage, and a fuel capacity increased by 5 gallons.

From these modifications, the B model increased in gross weight by 610 lbs, added 5000 ft to the service ceiling, and gave a 600 lb forward cargo capacity. More minor modifications continued over the next four years, with the next significant change coming in 1975.

The Cessna 421C saw a major change to the aircraft design. At that time, Cessna was carrying out widespread changes to its product line in terms of modernization.  Gone were the bladdered stabila-tip fuel tanks, replaced by a wet wing, and a larger vertical stabilizer and rudder added.

With the change in fuel tank design, Cessna fitted an upgraded undercarriage with a faster hydraulic system, blow-down tanks, and allowing the inner undercarriage door removal. L series engines were fitted, with a new turbocharger and an enlarged intercooler installed. Finally, a trailing link landing gear installation occurred a few years later, giving the aircraft a more level appearance on the ramp. 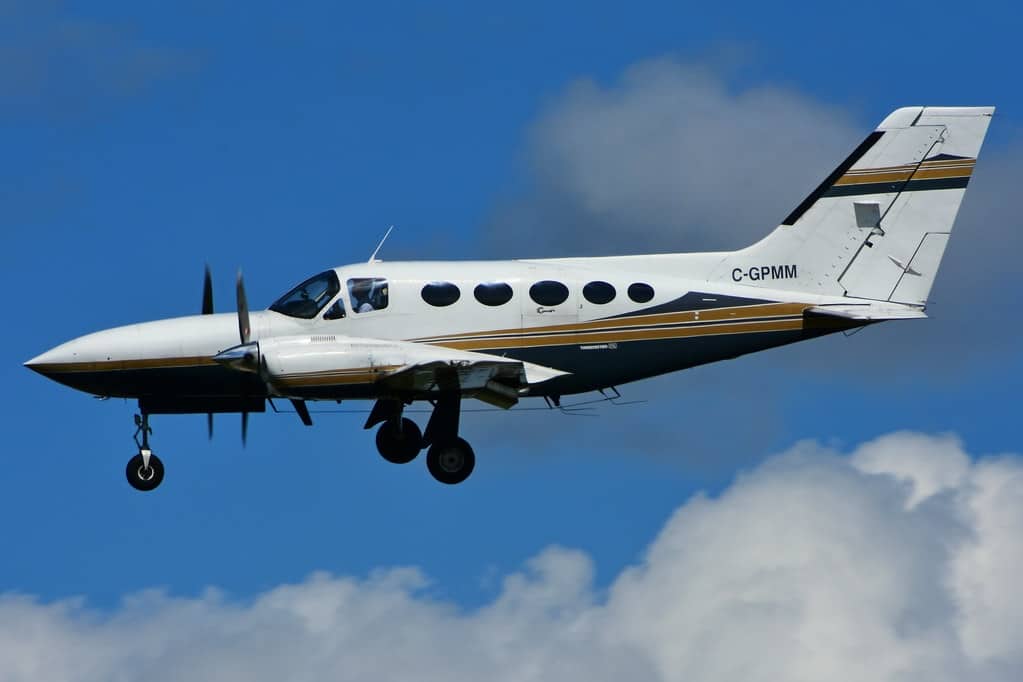 The average price for a used Cessna 421/A/B series at print was US$175,000, having approximately 6,200 hours total time airframe (TTAF) and engine times around half-life.  The prices range from low-hour models with less than 3,200 hours TTAF, which are selling for just over US$185,000, while older aircraft will sell for approximately US$160,000.

For the Cessna 421C, the average pricing was US$350,000, having approximately 5,500 hours total time airframe (TTAF) and mid-life engines. Prices range from low-hour well-modded models of circa 4,000 hours TTAF, selling for just over US$580,000, while older aircraft sell for approximately US$270,000.

Described as stable, incredibly comfortable, quiet, and ‘surprisingly forgiving,’ the 421 has met Cessna’s original intent for the aircraft to be an alternative for those wanting a turboprop. Operators recommend the -C model for stability in turbulence, given the larger wings, vertical and horizontal stabilizers, and the absence of tip-tanks.

The geared engines require gentle handling to ensure achieving TBO. Sudden throttle changes and rapid power reductions on descent will be a costly exercise. These engines are not cheap to overhaul.

Most operators report cruising in the mid-teens to low 20s flight levels, achieving 210 knots on sub-40-liter fuel flows at 65% power. At these flight levels, you can maintain cabin altitude around 7,000 to 8,00 feet. 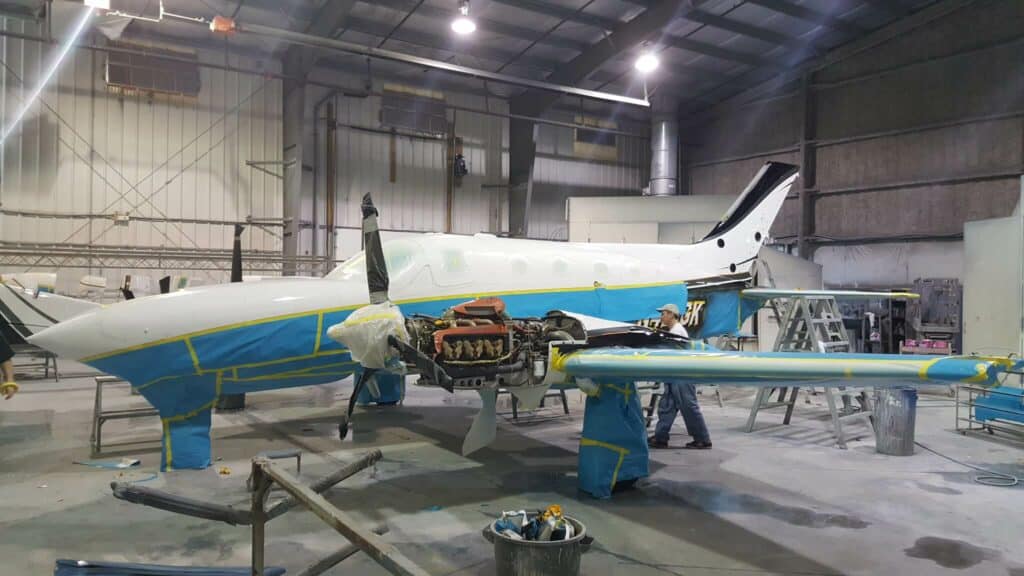 The 421 is a sophisticated, older, twin-engined aircraft, and if not managed and maintained appropriately, maintenance costs can get out of control. There are several airworthiness directives on the aircraft, the most notorious being AD 2000-01-16, which I talk to below in the common problems section.  Other ADs include undercarriage inner barrel bearing inspection and inspection of the front upper spar caps.

That aside, the area most observing of maintenance attention is that of the engines. The GTSIO-520 is expensive to overhaul; therefore, it requires attention both airborne and in the maintenance hangar. Owners report that with due attention, and timely intervention, the engines have no difficulty making or exceeding TBO.

Cessna 421 has a viscous damper on the starter adaptors that have proved troublesome, causing complete engine failures. It is the subject of AD 2007-05-15. The viscous damper helps the engine run smoothly, but when it fails, the ensuing vibrations will rapidly destroy the engine. AD 2007-05-15 states that should a pilot feel any vibration in a GTSIO, the pilot should reduce power immediately, and if manipulation of the cannot clear the roughness, the engine should be checked by a maintenance organization immediately upon landing.

Average maintenance costs for the 421 appear to be circa US$20,000 per year once the aircraft is stabilized on a maintenance system with outstanding issues resolved.

Arguably the most popular modification is the addition of fuselage strakes. These fit under the tail on the aft fuselage, improving yaw control, performance in turbulence, and a higher cruise speed.

Cessna 421 Where To Find Replacement Parts

Finding parts to support the 421 series is not difficult.  Preferred Airparts, based in Ohio, provide worldwide customers with surplus new Cessna original components and used parts from dismantled aircraft.

The rise in FAA-PMA approved manufacturers ensure many manufacturers support a particular aircraft type and finding trim (knots2u, Texas Aeroplastics or AvFab), landing gear components (Robair Repair), or lighting (Whelen Aerospace Technologies or AeroLeds) for your aircraft is straightforward. Generic components such as filters, wheels, tires, and brakes are off the shelf and stocked by large aviation suppliers like Aircraft Spruce & Specialty or Wag Aero.

The predominant issue with the 421 is the exhaust system, which has had its share of ADs over the years. There is a ball and slip joint in the exhaust run to allow movement between the engine and the turbocharger mounted on the airframe. These joints leak and crack, torching hot exhaust gases onto the aluminum engine mounting beam.

Once this is cut through, hot gases eat their way through the firewall and impinge on some fuel lines running on the other side. The lines have no fire protection or shut-off valves, and if severe, can result in an uncontained fire and double engine failure. The hot gases can also distemper the main wing spar, causing wing failure.

The most recent AD is 2000-01-16, which has clear and stringent inspection requirements. The joint and surrounding pipework is challenging to access, and therefore owners should be sure they have a diligent and experienced maintenance shop carry out the work.

The other known engine issue is crankcase cracking. While the engines have a higher TBO due to a more robust crankcase, mistreatment can still damage them. Over-boosting on takeoff and clumsy or rough power movements are the main problems. 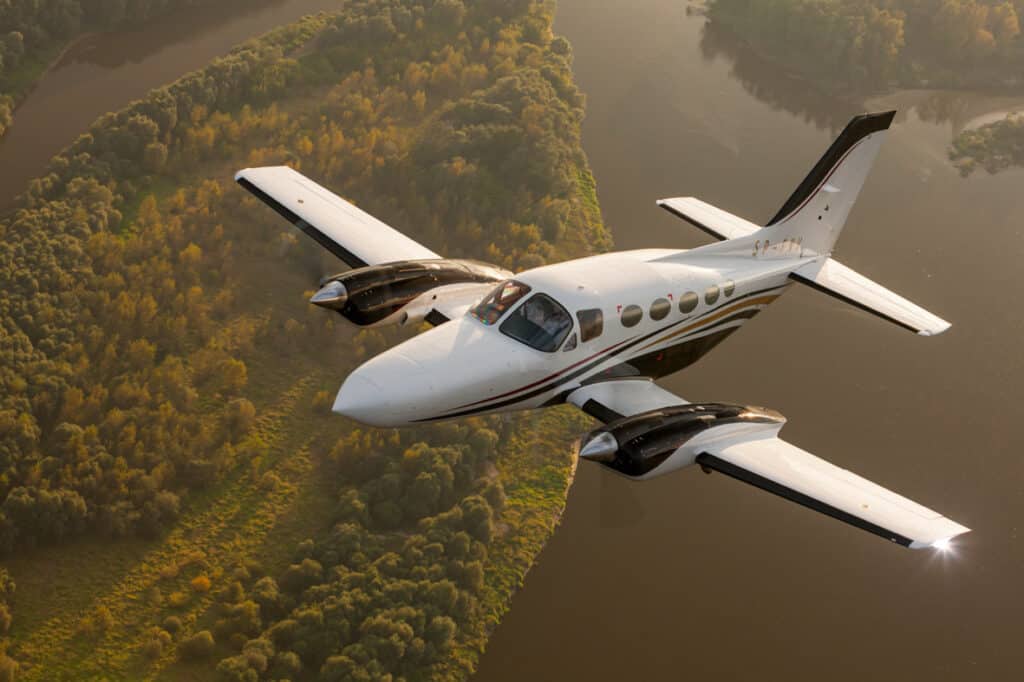 The 421C is a sought-after aircraft, and low hour well-specified aircraft command decent prices. If you’re looking for comparable turboprop performance on a piston-twin budget, look no further than the Cessna 421C.

Owners speak highly of the 421, particularly its quietness, smoothness, stability, and large cockpit and cabin. Operators have carried out economic and operational comparisons between the 421 and turbo-props; however, depending on the mission profile, the 421 comes in as the cheapest and best option.

Flight planning cruise speeds appear to be between 210 to 220 knots at high-teens flight levels, achieving 38 to 42 gph fuel consumption.  Reported operating costs per hour, with reserves, average US$650.

One owner described his 421C as a “personal airliner,” providing “better than first-class” comfort. 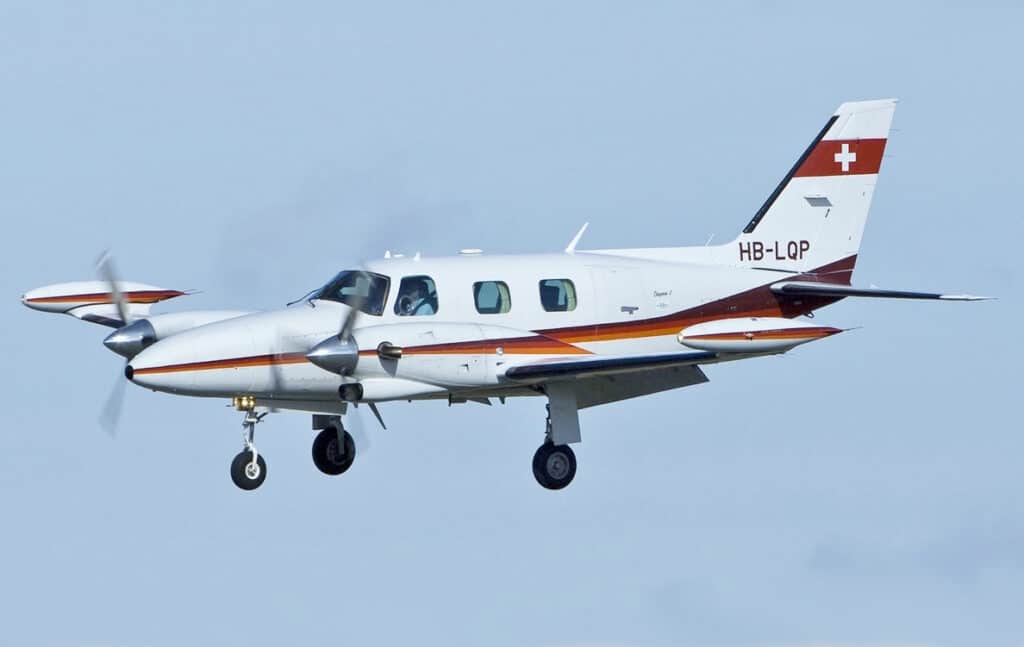 If you’re looking for aircraft of similar configuration, age, and role, include in your search the Piper Cheyenne, Beechcraft Duke, Beechcraft Queen Air, AeroCommander 690, and the Piper Pa-31 Navajo. The most frequent comparisons, however, are with the Cessna 414.

Cessna 421 Clubs You Can Join

Answer: TTAF stands for Total Time Airframe, which refers to the number of flying hours the airframe has accumulated since the new one. Thus, it is an indication of age and use.