According to Embraer, the official description of the E195 is that it is a predominantly metallic, low-winged, conventional-tailed monoplane with wing-mounted engines and retractable tricycle-type, twin-wheeled landing gear.

The Embraer 195 is a stretched version of the Embraer E-190 and the largest aircraft in the manufacturer’s portfolio. The E195 is offered to customers in three variants: the standard (STD), long-range (LR), and advanced range AR).

The aircraft is designed for short to medium-range flights and carries between 108 to 124 passengers, firmly in the regional and private jet category. The E195 was introduced in 2006, and since its introduction, it has become a mainstay for budget and regional airlines worldwide.

The success of the E-Jet family prompted Embraer to produce the successors to the E-Jet line. The next generation of E-Jets will carry the suffix E2 at the end to differentiate the models. However, they remain the same aircraft at the core, with upgrades to fly longer, faster, and more efficiently. 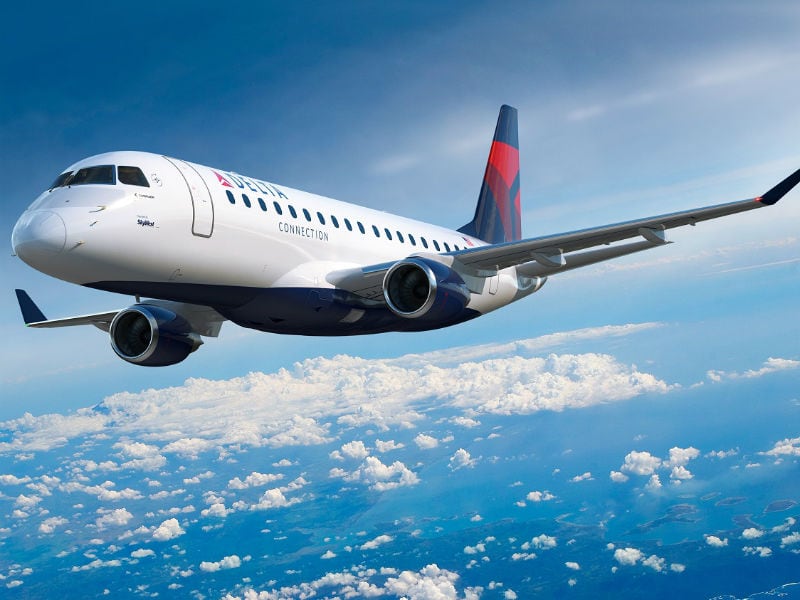 To accommodate the longer fuselage and wings, Embraer strengthened the frame and spars of the E195 to bear the extra weight and installed new landing gear to do the same. Safety regulations also dictated the need for additional emergency exits, which Embraer put over each wing.

The larger wings and engines meant that an all-new fuel system was required. Embraer contracted Parker Hannifin was hired to create a fuel system to move around the 13,100 kg (28,881 lb) of fuel to the larger General Electric GE 34-10E5 engines, which produced an additional 26 kN (5,800 lbf) each.

The E195 might share its base DNA with the E175, but Embraer made plenty of changes to ensure the two aren’t easily mistaken.

Introduction to Service and Present Day

The E195, like the rest of the E-jet family, was marketed to the regional and low-cost carrier market; the aircraft had its first flight on December 7 2004 and started operations on September 22 2006 with Flybe, a low-cost British carrier. Since production began in 2006, Embraer has sold over 375 E195 models are poised to sell more.

Regional air travel is becoming more common as aircraft become more efficient, and ticket prices decrease. Airlines will have to adopt more aircraft like the E195 that can transport more passengers for the routes that have increased traffic. A 2016 case study by Air Insight found that Embraer is expected to lead the market for regional jets.

At the Farnborough Airshow in 2021, Embraer executives said they expect to sell 1,000 E-Jets in the next 20 years. There is already evidence of this immense growth because the orders for the E195-E2 have more than doubled compared to the E195 in the same time frame. 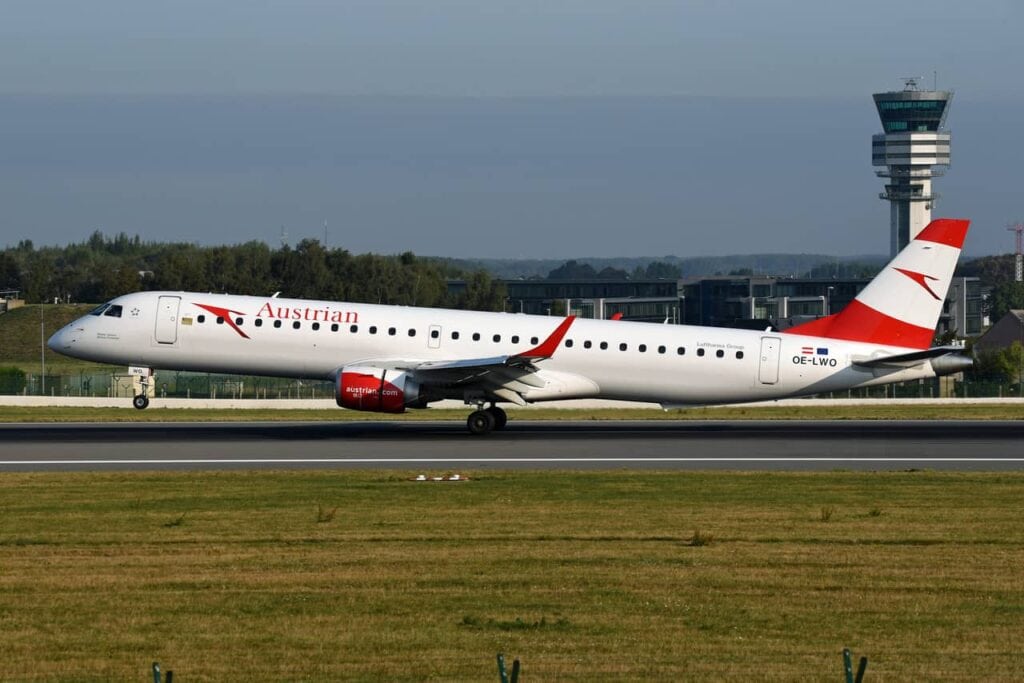 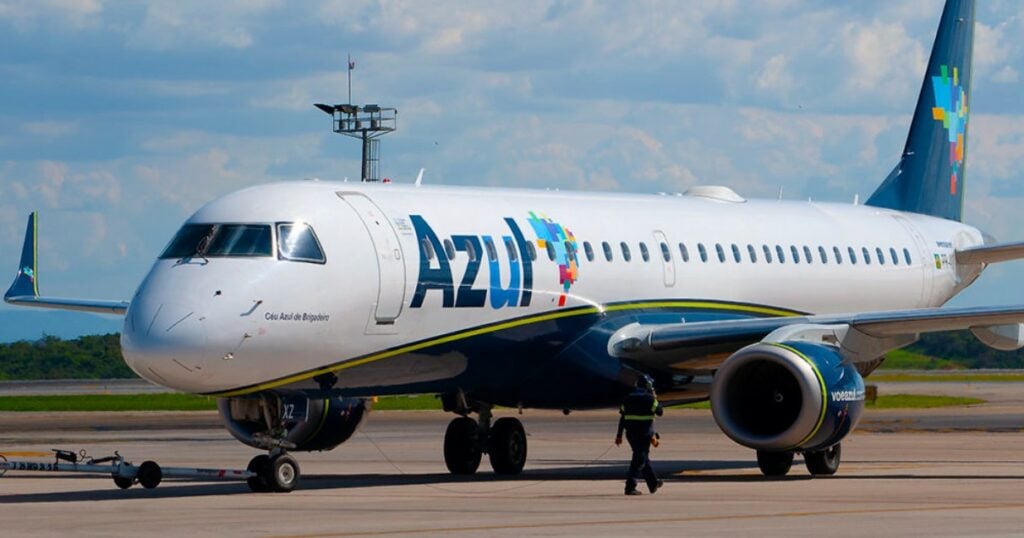 The E195 and E195-E2 have a conventional design and don’t fly unpredictably. In fact, Embraer is known for producing aircraft that are easy to fly thanks to their utilization of computerized systems.

The E195 and E195-E2 are both fly-by-wire aircraft. The system uses computers to detect unnecessary movements and inputs from the controls and filter them out, allowing the pilot to precisely control the aircraft.

The aircraft is also equipped with a Full Authority Digital Engine Control (FADEC) system that will adjust all the engine parameters according to the phase of flight, pilot input, and other sensor information. It takes out the guesswork and calculations pilots have to do to dial in the engine settings right while flying.

The brand new Embraer E195-E2 is listed at $78 million as of July. 2022. However, airlines rarely pay this price when making an order. The larger the order and the longer the history, the bigger the discount the airline will receive.

The used E195s aren’t available on the market because airlines use these aircraft until they have to retire them. The only examples of used aircraft are business jets that are heavily customized, which isn’t an accurate representation of their secondhand value.

The Embraer E-Jet family is one of the most successful in the regional and short-haul market it competes. The original E195 didn’t see a lot of sales because the era required smaller aircraft that flew more often. However, the needs of regional airlines have increased, and the smaller E-175s don’t meet these.

The larger E195s hit this sweet spot, carrying more passengers in a cost-effective manner, allowing these smaller airlines to steal some market share away from larger airlines that would usually operate these routes.

Numbers don’t lie, and the orders and delivery statistics show that twice the number of the second generation E195s have been ordered in less than half the time. Embraer expects this number to increase and has said it expects to sell 11,000 units in the 100-150 seat range in the next 20 years.

The details in the order tables below are accurate as of Q4 of 2021. 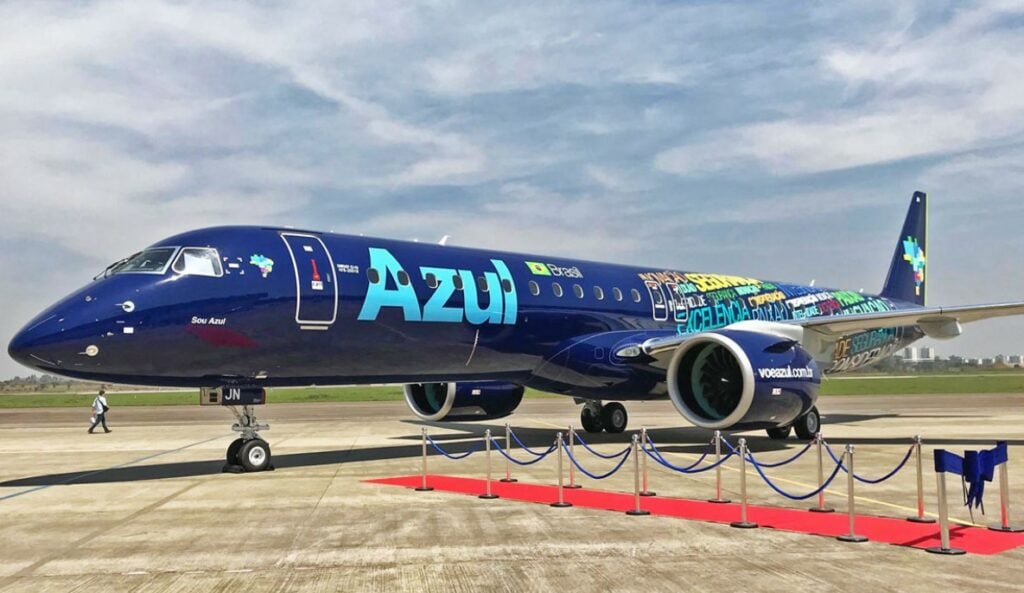 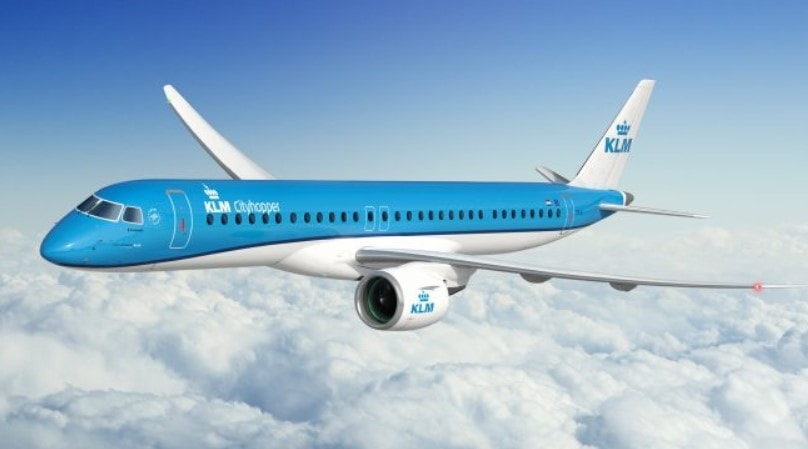 The E195, like most regional jets are built to minimize operating costs and be fuel-efficient. These aircraft are also designed to reduce maintenance times and extend periods between flying. But exactly how much does it cost to operate an E195?

In May 2016, the list price of an Embraer E195 was $52.7 million; however, depending on the interest rate the customer has to pay, the monthly lease rate fluctuates. Aircraft are usually leased out for multiple years. A study by SP Aviation found that the lowest monthly lease cost paid for an E195 was $175,000, while the highest lease cost was $285,000 a month.

To operate any airliner, there has to be a human element. The crew of an E195 includes two pilots and, on average, three cabin crew.

As of July 2022, GlassDoor says the average national salary of a cabin crew in a regional airline is $37,457. Additional payments also increase this figure, but we will focus on the base pay.

The cost that an airline pays for a single aircraft in its fleet is unknown as the insurance is based on the entire fleet, the experience of the pilots, the safety procedures of the airline, and several other factors.

However, if an airline’s fleet only consisted of E195s, the insurance cost would be quite low, as the aircraft has an impeccable safety record. 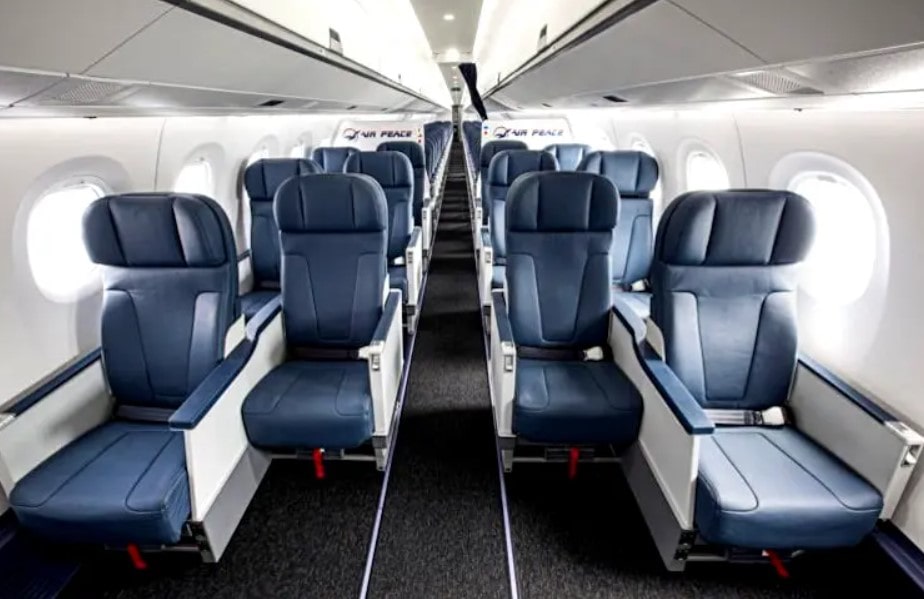 The totals in this section assume the aircraft flies 500 hours per year.

Using fuel as efficiently as possible is a priority at all airlines, even more so with regional airlines with smaller profit margins. Fuel is the highest cost an airline incurs, and the cost varies wildly based on global economics and various other factors.

The E195 is known to be quite economical and burns 2,041 kg of fuel per hour when cruising at 0.78 Mach. This number is an approximation and depends on factors such as temperature, altitude, weather, and engine maintenance.

Like the rest of the E-Jet family, the E195 is built to require very little maintenance, and Embraer has ensured that when maintenance is required, the costs will be low and the aircraft won’t be grounded for too long.

Variable operating costs appear as landing, navigation, and other airport fees such as handling and parking charges. Costs associated with cleaning the aircraft and setting it up for the next flight are also included. 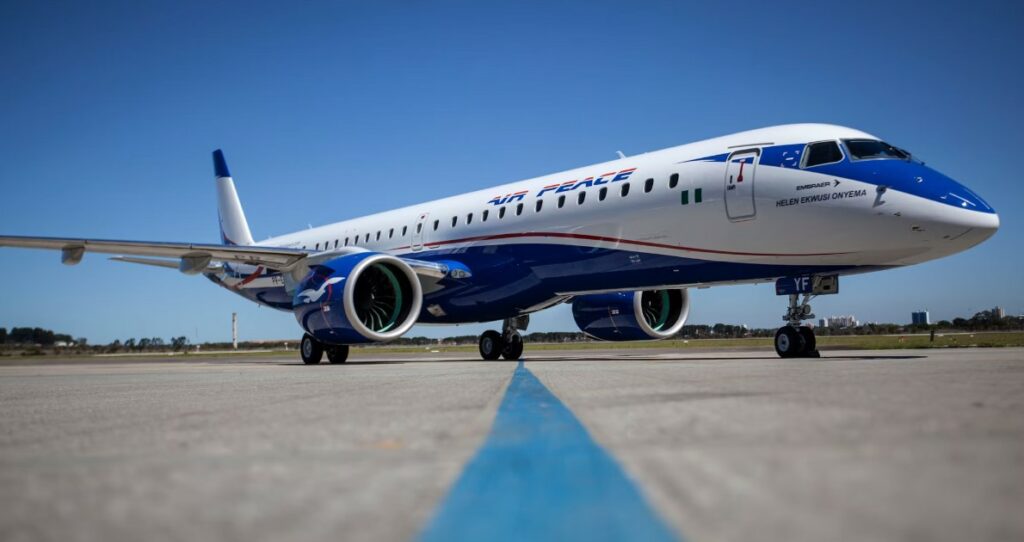 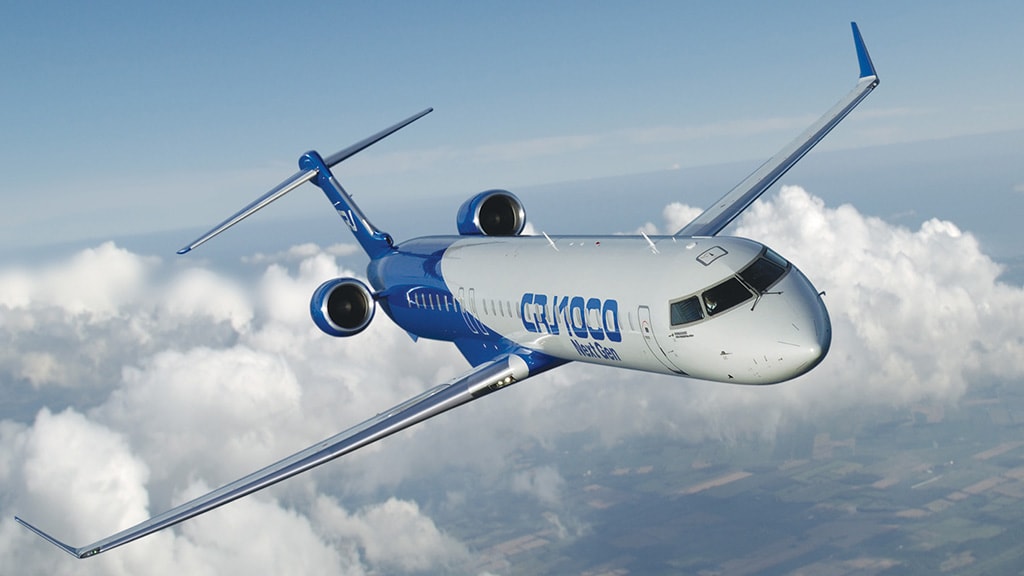 The CRJ-1000 is manufactured by Bombardier, arguably Embraer’s main rival. The CRJ series competes directly with the E-Jet family. The standard CRJ-1000 carries 100 passengers over a distance of 1,490 nm (2,760 km). The CRJ-1000ER (Extended range) carries the same number of passengers, but the range has now been upped to 3,130 km.

The CRJ-1000 might not compete directly with the E195, but there is significant overlap. The E195 is larger and carries more passengers over longer distances. But the larger engines burn more fuel and produce more emissions. 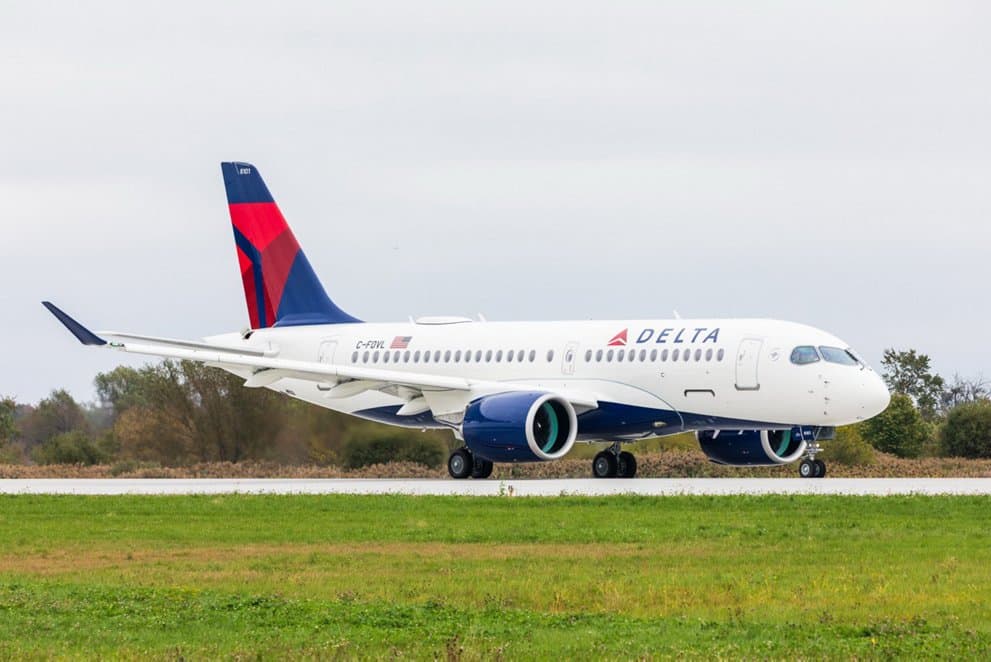 The Airbus A220 series seats between 108-128 passengers making it a direct competitor to the E195. The Airbus A220 originally started as the Bombardier CSeries but was acquired and rebranded by Airbus two years into its operation. While both aircraft might carry the same number of passengers, the A220 flies further and can carry a higher payload.

However, the larger engines and increased MTOW are a double-edged sword, as the A220 isn’t as cost-efficient on shorter flights as the E195. Airlines twith shorter routerstend to go with the E195 versus the A220. 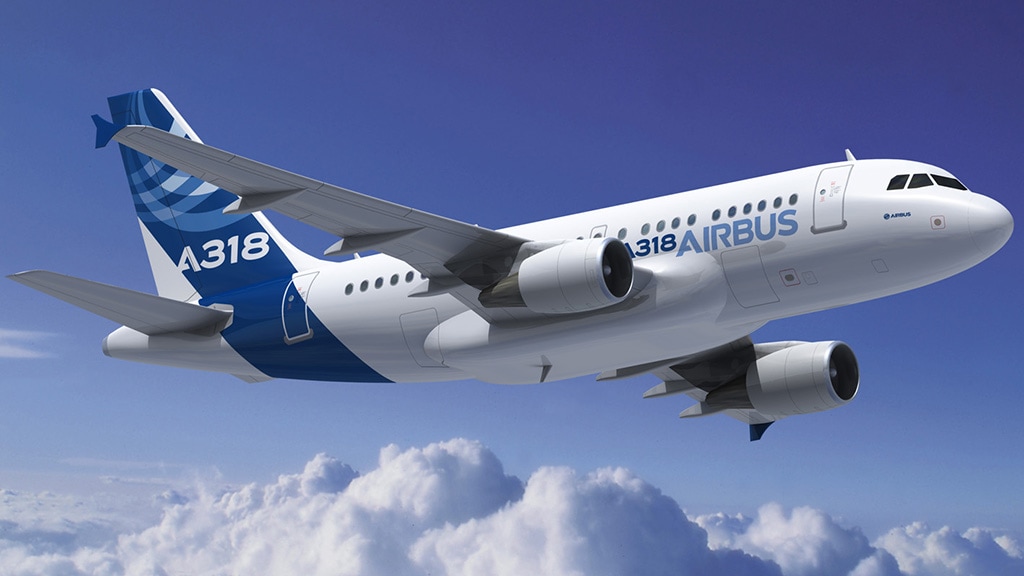 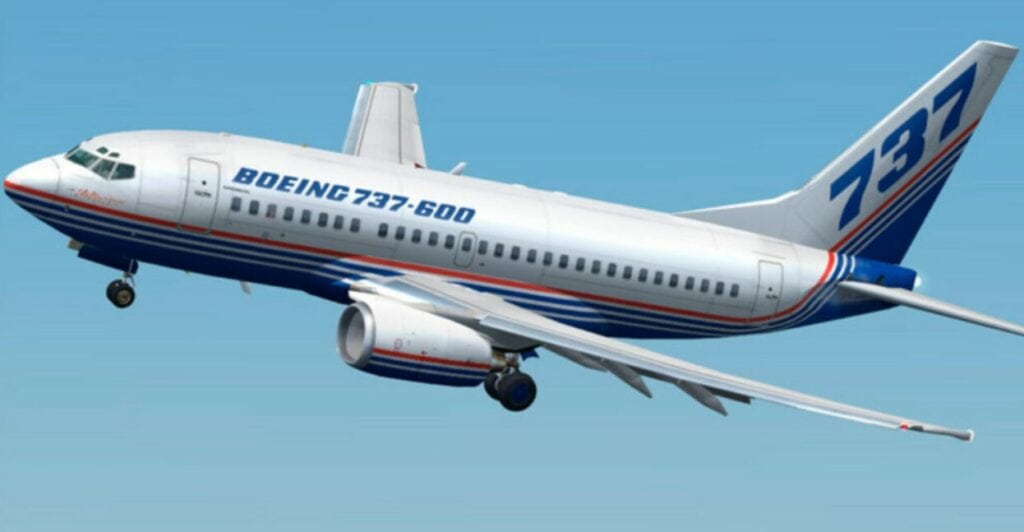 The B737-600 is Boeing’s attempt at producing a short to medium route airliner that can compete with smaller regional jets like the E195. It seated between 108–130 passengers. The aircraft was introduced in March 1995 and endured for nearly two decades with minimal sales. Boeing quietly removed the aircraft from the line-up in 2012. During its time in the sky, the B737-600 did the same thing the A318 and A220 did, but as a Boeing.

As of July 2022, only one E195 has been in one accident, which speaks volumes about the safety and builds quality of this aircraft.

The accident occurred on December 21 2015 at the  Kupang-El Tari Airport (KOE) in Indonesia. The E195 was registered as PK-KDC to KalStar Aviation and was designated the number KD676 during this flight.

The E195 was in operation since 2006 and had to be written off after the accident, categorizing it as a hull-loss accident. The accident was a runway excursion that occurred due to poor pilotage and the use of non-standard procedures to change the landing configuration.

During the final segment of the approach, the aircraft’s speed was 62 knots higher than Vapp. The pilots continued the approach assuming the 2,500 m (8,202 ft) runway would be adequate to bring the aircraft to a full stop. However, the aircraft landed mid-way on the runway and not at the touchdown zone.

To avoid obstacles at the end of the runway, the captain turned right and off the runway resulting in substantial damage to the aircraft. There were 125 occupants on board, including five crew. There were no fatalities and only minor injuries to the occupants.

The E195 has been involved in other incidents. Most of which include collisions with ground vehicles and other minor incidents such as taxi-way incursions.

Question: Why were the wings, tail, and horizontal stabilizers made larger on the E195?

Answer: The E195 received many new parts, some of the most expensive to redesign were flight surfaces. While Embraer wanted to keep costs low, these parts needed to be all-new, as the sheer weight and size of the E195 meant that the smaller wings and tail of the E175 would not produce the lift or control authority required to perform efficiently and safely.

Question: Why did Embraer not make multiple variants for the E195-E2?

Answer: The E195 isn’t the most popular aircraft in Embraer’s E-Jet line-up. That honor goes to the E175. The company’s aircraft are designed to meet a specific niche, and the E195 had an even smaller niche to focus on.
After research was conducted into how the variants of the first generation of E195s sold and how airlines used them, Embraer designed the E195-E2 to tick all the boxes of all three variants of the E195.