The heavyweight of lightweight jet aircraft.

The Beechcraft Premier 1A remains a lightweight certified aircraft that offers a true mid-sized cabin. With a max gross takeoff weight of 12,500lbs due to the use of lightweight composite materials, the Premier 1A can seat six, plus 2 crew, or seven passengers when flown by a single pilot.

The Beechcraft Premier 1A has tricycle gear, T-tail empennage, with a cranked and rear swept low wing. The Premier 1A was one of the first private aircraft that used the pot-bellied design which is becoming more and more commonplace.

The design allows the main cabin of the aircraft to be competitive with mid-sized aircraft, while still remaining in the light jet category.

The cabin is outfitted with 6 adjustable seats in a club configuration, a seventh passenger can accompany the pilot if the cockpit is in single-pilot configuration. There is a small galley between the club lounge and the cockpit with a private, but rudimentary lavatory located aft.

The 1A is a development from Beechcraft’s first aircraft, the Premier 1, and began production at serial number 435 in the last quarter of 2005. The Premier 1A improved upon the comfort for passengers with upgraded soundproofing. A number of issues with the aircraft’s behavior on the tarmac were corrected and the cockpit also received a complete redesign.

Another feature of the Premier 1A making the aircraft a more pleasant place to be for both crew and passengers is the climate control system. The cockpit of an aircraft can be a few degrees warmer than the cabin.

But instead of being forced to trade-off overheated crew or freezing passengers, the temperature inside the Premier 1A can be regulated independently between the cabin and cockpit.

Due to the composite material used, the fuselage of the aircraft is much thinner than a typical private jet, which also makes the aircraft lighter. The use of lightweight materials has allowed the Premier 1A to provide a better provisioned, and larger cabin than many other aircraft in the same weight category. Pro-line 21, which is a subsidiary of Raytheon / Beechcraft / Textron, provides the predominantly Rockwell / Collins outfitted avionics suite, but also offers a full upgrade package for the Premier 1A. Chartering a Beechcraft Premier 1A will cost in the region of $3,000 per hour depending on schedule, route, and passenger requirements.

The purchase price of most aircraft will depend heavily on the year it was made, avionics updates, and the number of hours it has flown since the last major overhaul. Another factor that must be considered is the quality of the maintenance package that the owner has purchased for the aircraft.

The original Beechcraft Premier 1 was advertised with a retail price of $5 million for its launch in 2001. The updated and redesigned Premier 1A had a higher manufacturing cost and after five years of production of the Premier 1, inflation also made its mark on the retail value.

Despite this, there will be maintenance required at 200-hour intervals such as lubrication, engine inspections, and “Chapter 4” requirements.

The cost for the crew can be reduced if the aircraft is configured for operation by a single pilot.

The annual variable costs below are calculated assuming 300 hours of operation with fuel priced at $5 per gallon (as per the current global average). Depreciation is calculated at 11% based on a purchase price of $2 million.

This brings the total annual operating cost of a Beechcraft Premier 1A to $875,000.

Beechcraft Premier 1A Performance and Handling Due to the relatively small wing area on the Premier 1A, the trailing edge is host to fowler flaps. The cranked wing design also means that the flaps are split into in-board and out-board sections. With so much of the trailing edge dedicated to the flaps, the space left for the ailerons is quite small.

To compensate for the small size of the ailerons the wings were fitted with spoilers. When the ailerons ten degrees the spoilers are deployed to aid roll effectiveness, the effect of the deployment is not even registered in the cockpit. The spoilers also act as a lift-dump on landing.

The original Premier 1 was designed with the lift-dump activated by ‘squat switches’ on the undercarriage that were activated on touch-down. The switches worked well in testing, but in real-world scenarios, however, the system was less than perfect.

When the aircraft bounced on the runway it would take time for the squat switches to re-deploy the spoilers which meant that the braking performance suffered. The lift-dump system in the Premier 1A provided an activation handle on the center console to give pilots manual control. All previous Premier 1’s were subsequently retrofitted with the manual lift-dump system.

The lift-dump system is deactivated at all other stages of flight so the system cannot be activated accidentally. However a failure by the pilot to deactivate the lift-dump was one of the attributing factors which led to a crash in 2014.

The anti-skid failure light illuminated in the cockpit of a Premier 1A while on approach to Thompson-McDuffie county airport. The landing was compromised and the pilot attempted to initiate a “go-around”.

However, the lift-dump system was not deactivated which hampered the aircraft’s ability to climb. The crash claimed the lives of all five passengers and severely injured both crew members.

The brakes of the Premier 1 were always good, but the 1A implemented an updated braking linkage. The original braking system introduced delay between pressing the brake pedal and the engagement of the brakes.

This led to jerky behavior on the runway during taxi. Beechcraft updated the braking linkage on the Premier 1A which eliminated the problem entirely.

The Premier 1A is great in the air and sits 15th on the top speed list of light jets. Its cruise speeds are lower than its closest rivals, but the Premier 1A offers significantly more cabin space.

Time-to-climb is quite impressive reaching 37,000ft in under 20 minutes in real-world operation, and at FL410 in cold conditions, the Premier 1A will cruise showing Mach 0.79 with 448kn true airspeed.

The controls are neither heavy nor light and provide comforting stability in the hand. But the greatest confidence boost for the Premier 1A comes when landing in sub-optimal conditions. In the heavy rain, and with a crosswind of 25 knots, the upgraded brakes of the Premier 1A, and the lift-dump spoilers combine so well that a midfield turn-off is sometimes possible.

Beechcraft Premier 1A Modifications and Upgrades From the original design, there have been a few significant changes that feature on the Premier 1A. However, most of these will have been applied to the original Premier 1 aircraft that are still in service, thus essentially upgrading them to the standard of the 1A.

The following is the list of services, upgrades, and maintenance plans that are available from Beechcraft Pro-line 21 for the Premier 1A.

Beechcraft Premier 1A Where to Find Replacement Parts Collins aerospace produces the avionics that is found as standard on the Premier 1A but there are many other options to find replacement parts aside from the manufacturer.

Allaero.com is a UK based supplier of aviation parts for many types of private jet aircraft including the Beechcraft Premier 1A.

When Beechcraft announced, under financial pressure, that the company would no longer be building private jets, customers were worried that the supply of parts for the existing aircraft would dwindle and become scarce. Textron stepped in and their subsidiary, Pro-line 21 started manufacturing parts for private aircraft manufactured by Beechcraft.

The original Beechcraft Premier 1 was said to be noisy in the cabin and the performance on the ground left a lot to be desired. The Premier 1A solved these issues as well as making the cockpit more spacious. Most of the fleet of original Premier 1 aircraft have been upgraded to include the additions that were implemented on the Premier 1A.

The greatest complaint among pilots operating the Premier 1A is that there is no way to deal with the lavatory waste from outside of the plane. Due to this most pilots stress that the lavatory is for emergencies only. Even when the bathroom has been upgraded to feature a full flushing lavatory, all maintenance must be done carefully inside the cabin. Liability cover covers accidents that cause damage or injury to third parties or property outside of the aircraft. Liability will also cover damages for injured passengers in the event of an accident.

In addition to standard types of insurance, the Beechcraft Premier 1A also has optional maintenance plans. The plan from Rockwell will replace any defective avionics equipment covered in an annual fee of approximately $16,000 per year.

The cost for replacing a single component in the cockpit can sometimes cost as much as this annual fee and is considered by owners and operators to be well worth the expense.

Owners of the Premier 1A are a vocal group and they generally love their aircraft. It was due to the demands of owners that Textron rescued Beechcraft. Despite just over 450 of the aircraft being built the owners are so fond of it that they refused to allow the manufacture of replacement parts to fail.

The Premier 1A is fast, easy to fly and the advancements in the cockpit make for a very easy pre-flight routine. The only area where it is lacking is the range of 1000nm. Many of the citation jets in the same class have better range, but they do not offer the comfort or speed of the Premier 1A. The Citation 2+ from Cessna is a great aircraft to compare to the Beechcraft Premier 1A. Both share a max takeoff weight of 12,500lbs. The Citation has a slightly longer range due to a larger fuel tank, but they share similar efficiency statistics with each burning 143 gallons per hour at full taps.

The Premier 1/1A offers almost 15% additional cubic feet inside the cabin and offers more headroom with a height of 5’4” compared to 4’75” in the Citation.

If you are looking for an ultralight jet check out our article on the Cessna Citation Mustang here.

Beechcraft Premier 1A Clubs You can Join

The Premier Jet Owners club or PJO was formed as a base for owners and operators of Beechcraft Premier 1 and 1A aircraft to communicate together as a community. But also to present a unified voice to the larger aviation community.

Membership at premierjetowners.com is limited to owners and operators of the Beechcraft Premier 1 and 1A.

Question: How Much is a Beechcraft Premier 1A?

Question: How Fast is the Beechcraft Premier 1A?

Question: How Fast does the Premier 1A climb?

Question: Is the Beechcraft Premier 1A a Single Pilot Aircraft?

Answer: Yes, when the cockpit is configured for a single pilot, the Premier 1 and 1A are certified for operation by a single crew memeber. 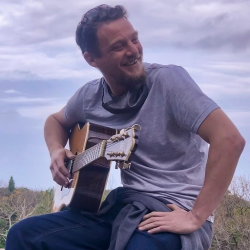 Tom Allport
Tom is an experienced freelance writer, researcher, and drone expert. He enjoys translating his many interests and passions into interesting and informative articles.